The RBNZ hiked by 50bp – but a 75bp hike was considered

The RBNZ hiked for an eight consecutive meeting to take interest rates to 3.5%.

Highlights from the meeting record: 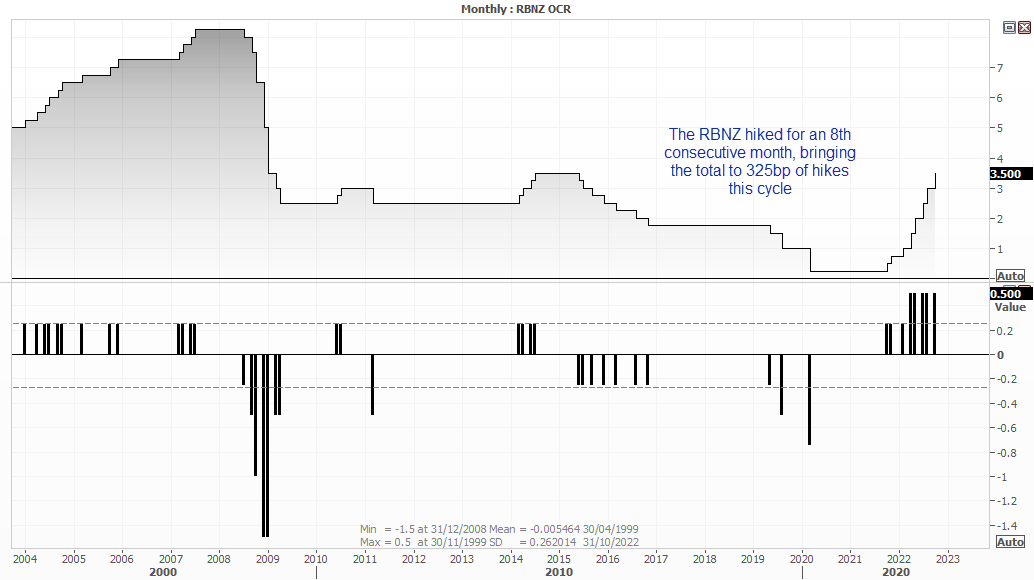 The RBNZ hiked interest rates by 50bp to 3.5%. It’s the eighth consecutive hike this cycle totalling 325bp – and five of the last eight have been in 50bp increments. And if that’s not enough to wet your whistle, they also discussed a potential 75ph hike. One school of thought assumed a higher hike today could mean a lower terminal rate further out, whilst another placed greater emphasis on the degree of hikes had already made, alongside the lag policy has on the economy and the slow pass-through rate for retail interest rates. Against that backdrop, 75bp increments further out seem unlikely.

Furthermore, RBNZ’s governor Adrian Orr commented that their tightening cycle has become “very mature” although there is still “a little bit of work to be done”. According to RBNZ’s own projections, their OCR is forecast to be at 3.7% by December. And with one meeting left this year and the cash rate already at 3.5%, then perhaps a 25bp hike on November 23rd is more likely than a 50bp.

The combination of the RBA disappointing with a 25bp ‘dovish hike’ and the RBNZ coming out with a 50bp ‘hawkish hike’ has weighed further on AUD/NZD. Also helping is that business sentiment in New Zealand is significantly less pessimistic that it was a few months ago, which is a net positive is it is the rate of change we observe over the relative level. 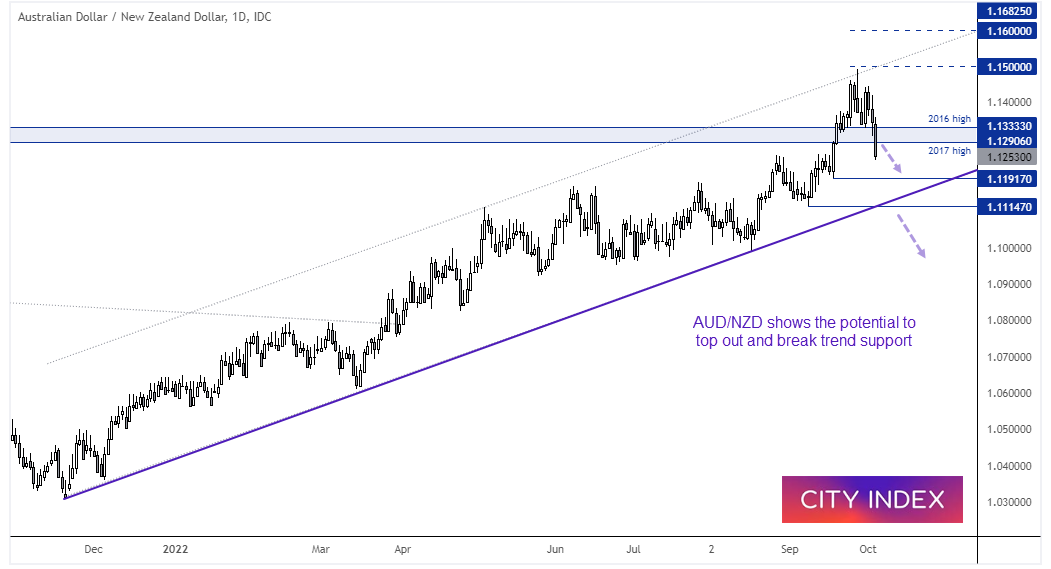 AUD/NZD remains within a bullish channel but momentum has clearly turned lower. Prices have seen a clear break beneath the 2016 and 2017 highs, so we prefer to fade into minor rallies and anticipate prices could fall to the lower channel. 1.1190 and 1.1115 could also provide support, a break of which suggests a trend reversal is underway. 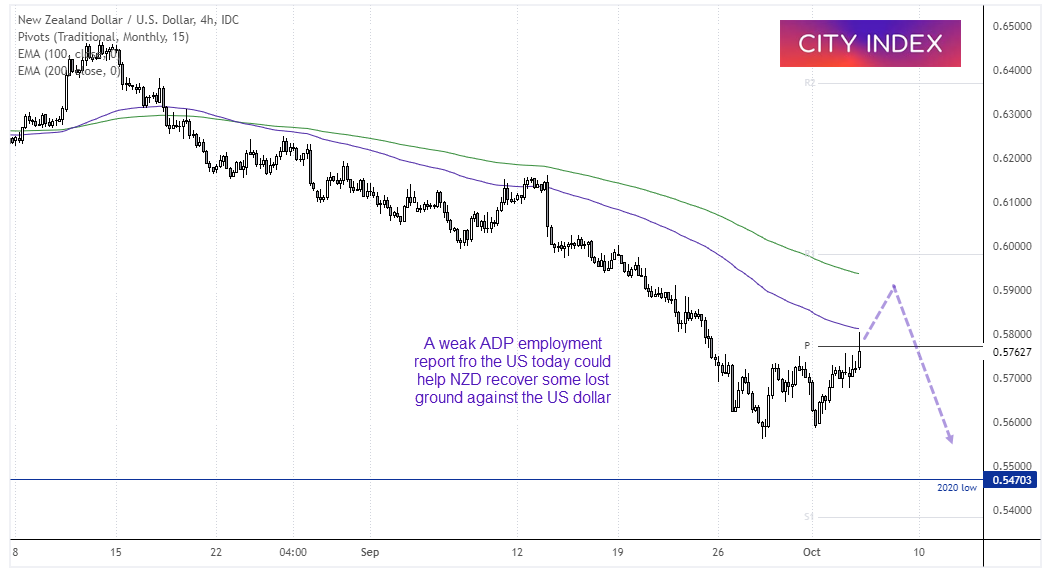 NZD/USD has fallen over -25% from its YTD high set in February, and its strong downtrend shows the potential to retest its YTD low around 0.5470. Yet the pair is within a corrective phase and RBNZ now has the higher interest rate over the Fed (by 25bp).

Given the US dollar is within a correction, and weak employment data helped weigh on it further overnight, then a soft ADP employment report today could help NZD/USD correct higher. We’d be surprised if it can get back above 0.6000 though, so we would continue to look for evidence of a swing high for a potential short.