Hang Seng and China A50 dragged lower with sentiment

The baulk of Asian equity markets tracked Wall Street lower, after the IMF cut global growth forecast for 2023 from 2.9% to 2.7%. The combination of high inflation, war-driven energy prices and high food prices alongside aggressively higher central bank rates are all key components for the gloomier forecast, which also saw US growth downgraded to a mere 1.6%.

China’s equity markets were already feeling the strain after the Biden Administration moved to cap sales of key technology to China. And not helping trade this week was the fact markets were closed for last week’s ‘golden week’ whilst global markets slumped, meaning China’s equities had to play catch-up to the doom and gloom.

But we have also seen Goldman Sachs cut their price targets for Alibaba and JD.com whilst outlining expectations for tepid growth in Q3. Alibaba has since fallen to a 7-month low and all eyes are on whether it will now break beneath the March low of $71. 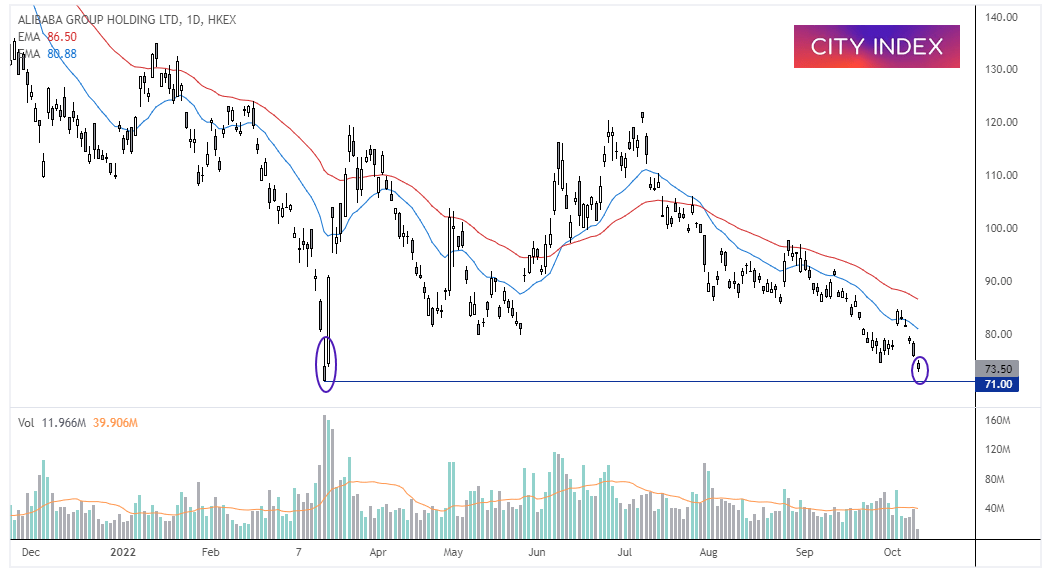 The Hang Seng has fallen lower for a fifth consecutive session and continued lower after breaking beneath the 16,906 low yesterday. Whilst sentiment would suggest its potential to fall below 16,000 in due course, the September low and monthly S1 pivot point sit around 16,170 – which makes for a potential support level as some traders book profits. Besides, it is rare to see markets simply cut through an important level such as the 2011 low upon first attempt, which raises the prospects of a countertrend bounce ahead of its next leg lower. 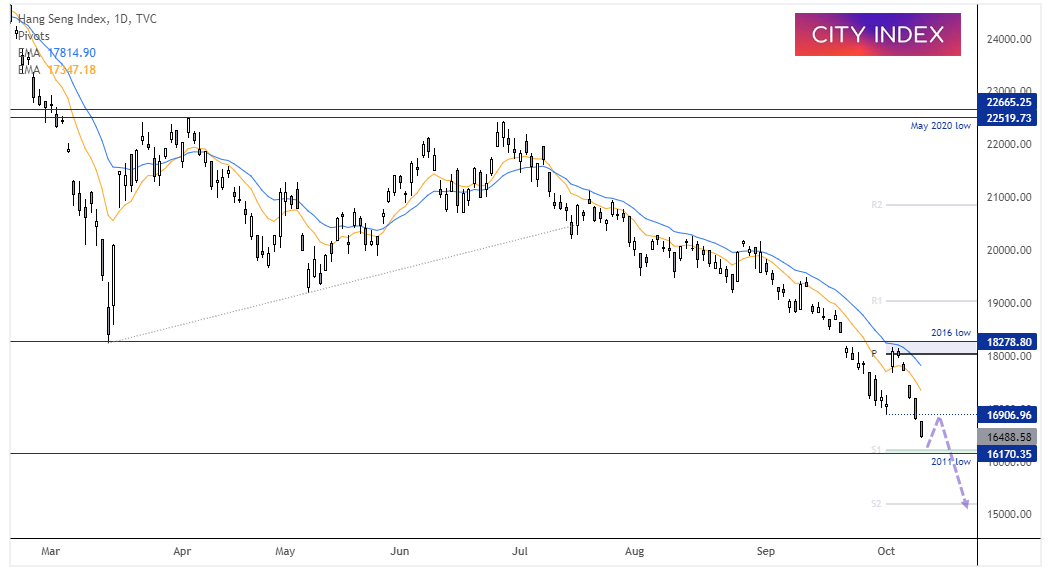 China A50 monthly and daily charts:

Meanwhile the China A50 is seriously considering a break of its YTD low, having already broken a key trendline. If the A50 can hold above the 12,387 low then it’s more likely the Hang Seng can remain above its 2011 low. 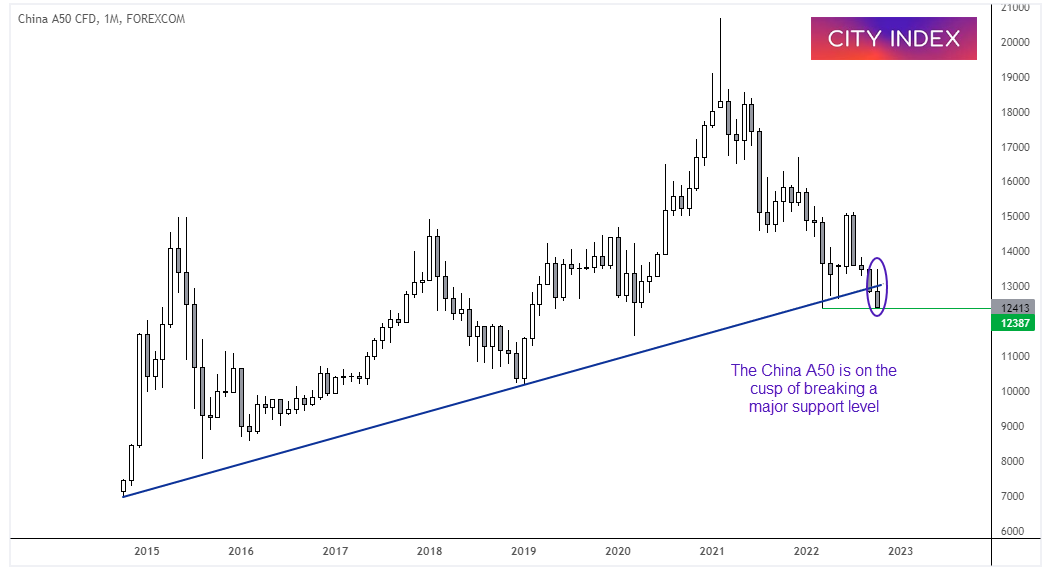 We can see on the daily chart that bearish momentum has increased on the China A50 towards its current lows. It therefore seems more likely that market will test 12,570 before it retests the 13,590 high. So, like the Hang Seng, bears could either wait for a break to new lows before seeing bearish setups, or seek to fade into resistance should prices provide an initial countertrend bounce. 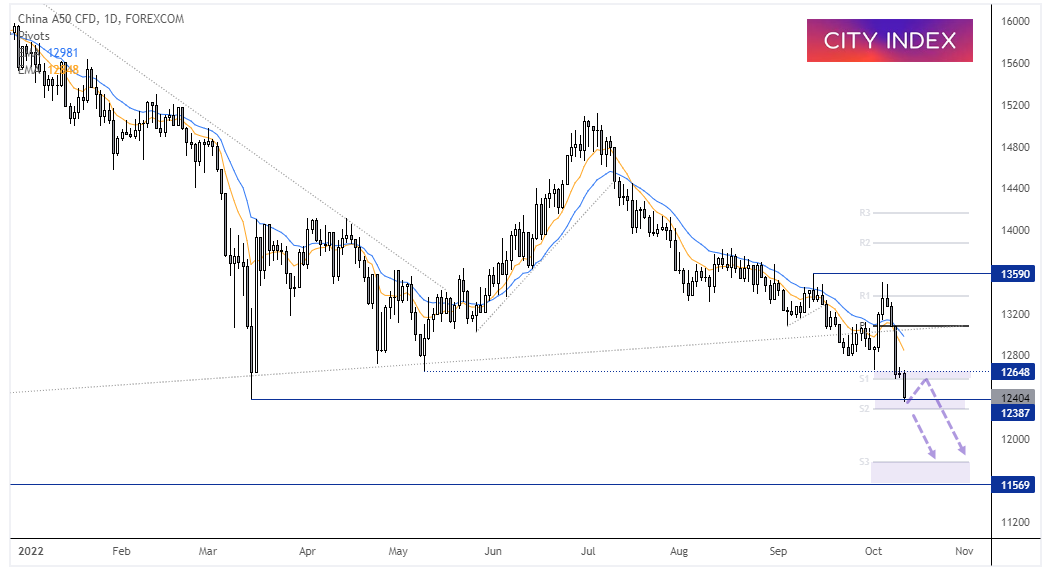