AUSDUSD suppressed but for how much longer?

Locally the RBA Index of Commodity prices is approaching the record levels last seen after a massive wave of Chinese stimulus crashed ashore here post the Global Financial Crisis. The Chinese fiscal fueled demand for commodities, was behind the AUDUSD's meteoric rise to 1.1081 in July 2011. 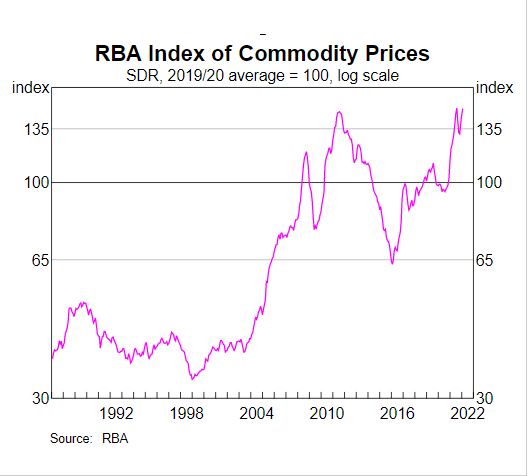 Roughly 11 years later, Australia's Terms of Trade have surpassed the post GCF peak to trade at a record high. In December 2021, the Department of Industry, Science, Energy and Resources forecasted resource and energy exports would reach a record $379 billion in 2021-2022, up from $310 billion a year earlier. After the strong surge higher in commodity prices in recent weeks, those estimates are now way too conservative. 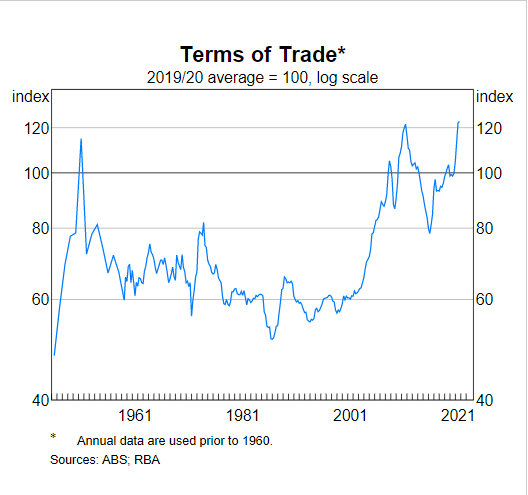 At last week's AFR Business Summit, Governor Lowe's comments indicate the bank is pivoting towards a more hawkish stance, concerned more about upside risks to inflation than the negative impact on growth from higher petrol prices.

The Australian interest rate market is fully priced for a first RBA rate hike in June, followed by another four hikes before the end of 2022. This means that interest rate differentials will continue to provide a headwind, but not to the same extent had the RBA stuck to its previous forward guidance of no interest rate hikes before 2024.

AUDUSD a risk currency no more?

The AUDUSD has traditionally been referred to as a risk currency, which means that it tracked other risk assets, including U.S equities. However, the correlation between the AUDUSD and the S&P500 has fallen from 0.3 over the long term to around 0.1 currently. When equities rise and fall, the AUDUSD is now less inclined to follow slavishly.