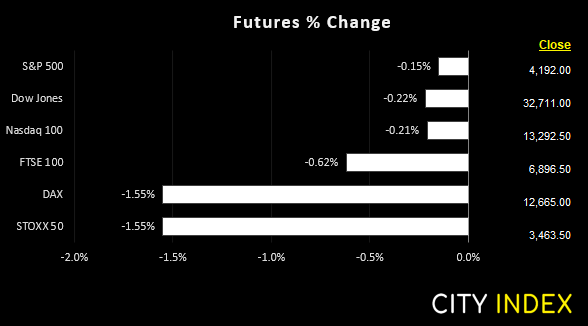 We do not feel confidence enough to say it will be a Turnaround Tuesday, but the lack of bearish follow-through should at least be noted. US futures trade around -0.1% lower, which is by no means setting off alarm bells. But as we have seen since Russia invaded Ukraine, headlines retain the ability to quickly flip sentiment and increase volatility at the tap of a keyboard. 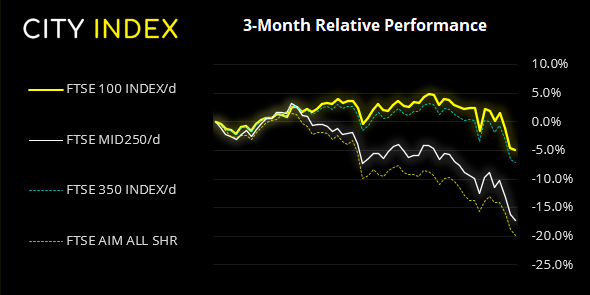 If we had to use one market to help gauge the reaction of others today, it would be oil. As it was the sharp rise in oil which triggered the sell-off in equities as traders priced in stagflation worries once again. Should oil prices stabilise then it should remove some selling pressure across equity markets. And should the West submit to the idea it will be a long and drawn-out process to wean themselves off-of Russian energy, oil prices could tail off and provide further support for equites. And makes Thursday’s meeting, where European leaders will discuss how to remove Russian energy, a pivotal (and volatile) event.

Gold was the only metal to hold onto its market-open gains yesterday, whilst copper and palladium hit record highs before reversing lower. It’s no major surprise that gold met resistance at $2,000 as it is a psychological level, but the fact it closed just beneath it is a sign of strength. Sure, it has pulled back to $1985 but it has done so in an orderly way. It therefore remains bid and, without any good reasons to short at this level, it almost seems inevitable it will break higher this week.

How to start gold trading The hourly chart remains in a strong uptrend and has found support at the 50-hour eMA. A potential inverted head and shoulders (H&S) would be confirmed with a break above 2003, which projects a target around 2045. Interim resistance levels would include 2020 and the weekly R1 pivot at 2038.

However, should momentum turn below the 1991 – 2003 resistance zone, it would remove the potential for the H&S but not necessarily remove our bias for an eventual breakout, as it could still be part of a corrective move. We would then look for a higher low to form above 1960 or along trend support.

The pound is the strongest major but the moves appear to be corrective in nature and not tied to any specific event. The Australian dollar is lower against the board as it (potentially overdue) retracement phase gets underway. A notable theme yesterday was that the US dollar regained its safe-haven bid, and also traded higher against the yen and Swiss franc. Although what likely helped soften the franc was a thinly veiled warnings from the SNB that their currency is too high and, therefore, they are likely to intervene to weaken it. 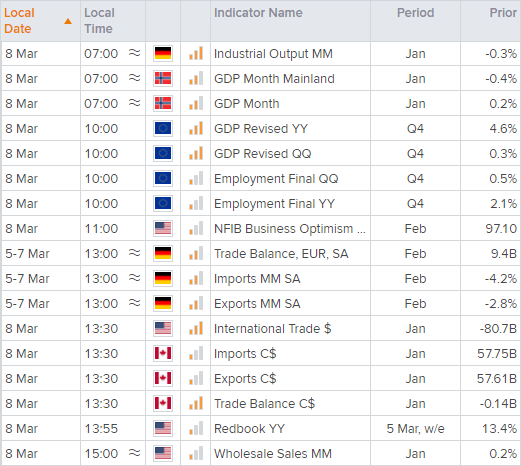 AUDUSD slumps after soft wages data and fears of new lockdowns in China
By:
Tony Sycamore