As of Tuesday the 3rd of May: 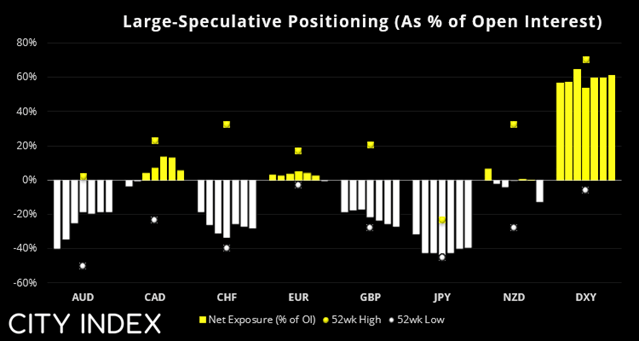 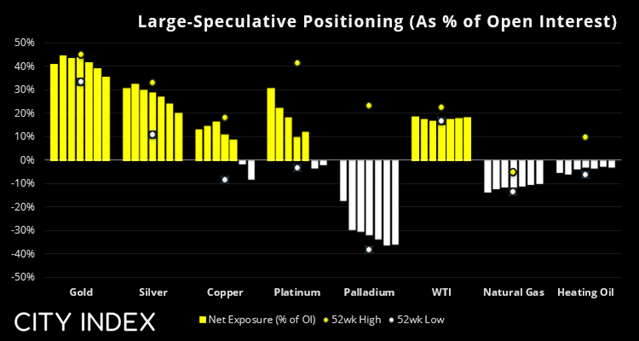 Read our guide on how to interpret the weekly COT report

The BOE (Bank of England) hiked rates by 25-bps last week, yet the pound continued to tumble as they revealed their concerns of weaker growth over the next 18-month alongside high inflation. Yet as the meeting was after this report was compiled then it the current chart may underestimate how bearish traders are on the currency. As things stood on Tuesday, traders were their most bearish on GBP futures since September 2019. And whilst one could argue that positioning may be getting stretched the fundamentals suggest there could be further downside for the pound. 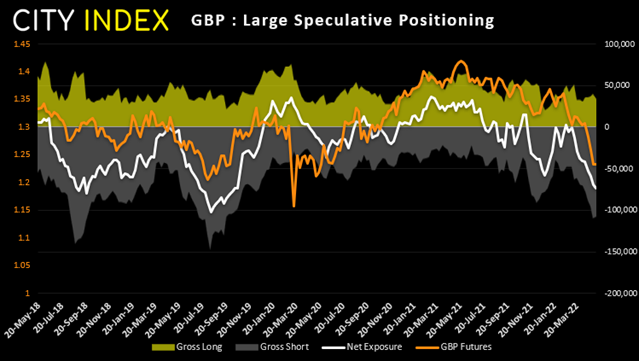 When you consider that the euro has been in a strong downtrend since it peaked in January 2021, traders have spent a surprising amount of that time with net-long exposure. Last week they reverted to net-short exposure for the first time since early January and only by -6378 contracts. One observation that may explain this characteristic is that it appears to be a well hedged currency, with around 200k contracts long and 200k short over the past couple of months. So for us to expect net-short exposure to increase by any meaningful amount, we need to see large speculators reduce their hedging by closing out those gross longs. Perhaps if the US 10-year yield can break convincingly above the 2018 high could be the trigger. 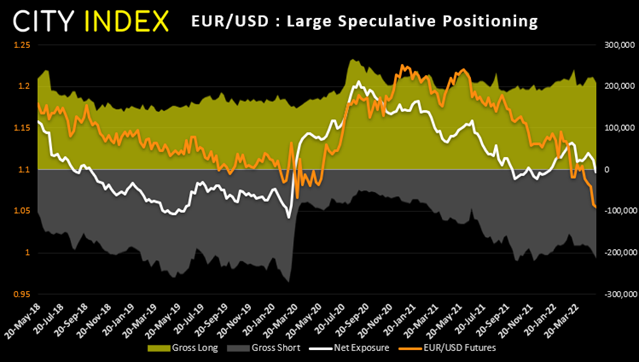 The extended (and strict) lockdowns across China are weighing heavily on commodities. Traders were net-short copper futures for a second consecutive week and at their most bearish level in two years. However, prices remain elevated. And as there are no immediate sighs of China stepping away from their ‘zero-covid’ policy, it leaves the potential for further selling pressure on key commodities such as copper. Also take note that gross shorts are rising whilst gross longs are falling which is the winning combination for a strong trend to materialise. 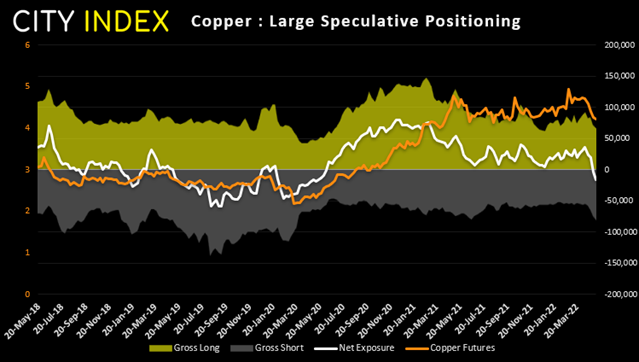