At the start of last week, forex traders were expecting to ease into the holidays with relatively low volatility trade until BOJ Governor Kuroda fired off a “bazooka” of a monetary policy decision, tweaking the central bank’s yield curve control (YCC) program and effectively raising interest rates by 25bps. This marked a potential “sea change” for the BOJ and is seen as a precursor to normalizing monetary policy after a decade+ of ultra-easy policy.

Based on the initial market reaction, one of Japan’s most prominent monetary policy academics, Takatoshi Ito, noted earlier today that Kuroda’s bazooka “may have hit its mark” and that the BOJ could start “hitting its inflation target on a more sustainable basis” in 2023 and beyond.

Not surprisingly, the yen surged against all of its major rivals after the initial announcement, but since then, the currency has gradually given back some of those gains in quiet, low-liquidity holiday trade. As the 4-hour USD/JPY chart below shows, the pair is approaching previous-support-turned-resistance in the 134.50 area, as well as the 100-period EMA, which has consistently capped rallies in the pair since the start of November: 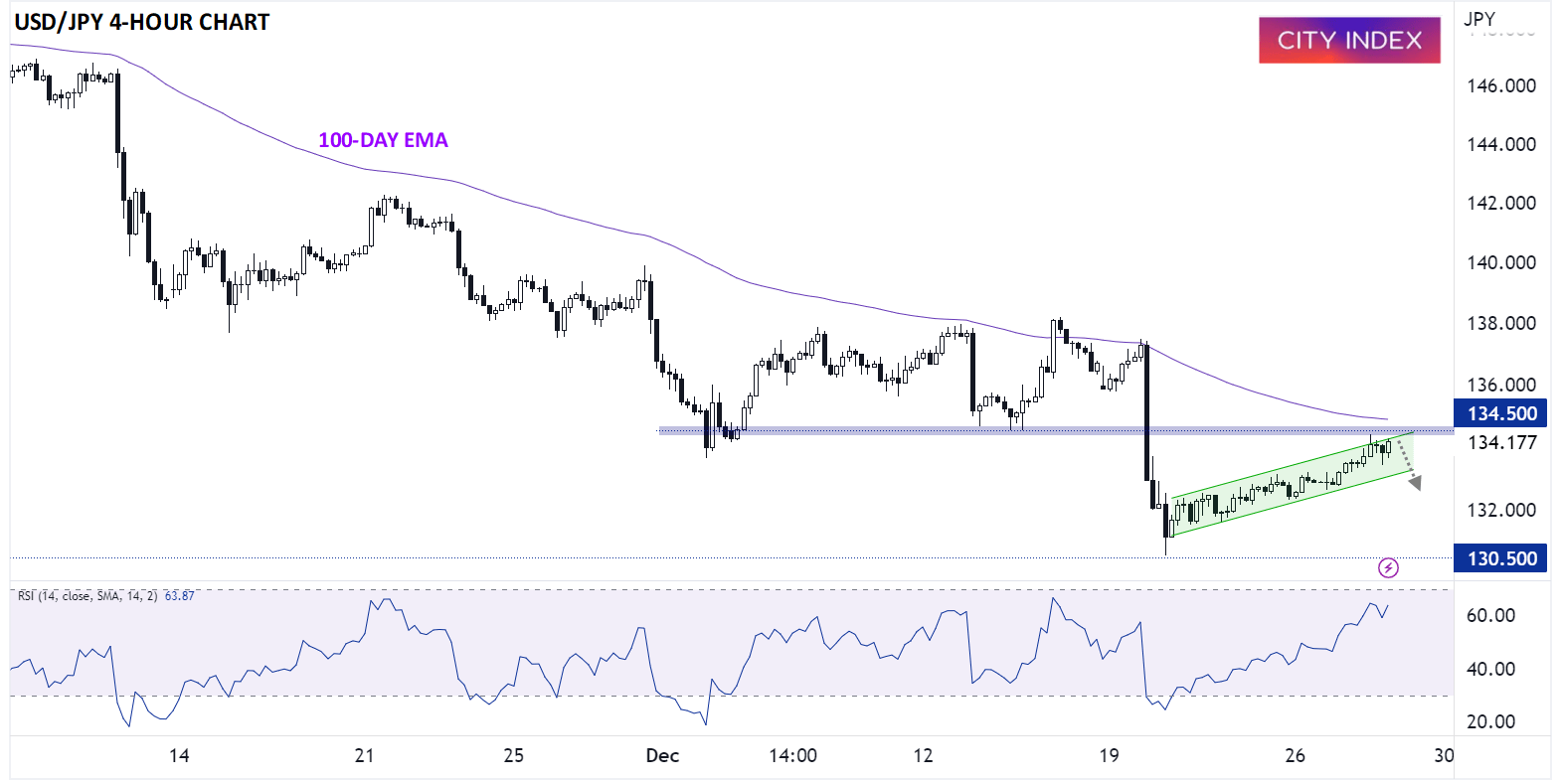 Given the confluence of resistance levels and general low-interest trading environment ahead of year-end, it would be logical for the USD/JPY’s corrective rally to reverse ahead of the weekend. If rates do indeed reverse lower to break the rising channel around 133.00, a continuation toward last week’s lows in the 131.00 area is in play.

Meanwhile, a rally through 135.00 would signal that the correction may have further to run, with bulls turning their eyes toward the early-December highs in the 138.00 area as we head through January.

Disney Q1 earnings preview: Where next for DIS stock?
By:
Joshua Warner

BP Q4 earnings preview: Where next for BP stock?
By:
Joshua Warner