Bitcoin’s bounce looks corrective: What to watch from here

The broader recovery in risk appetite and trader sentiment off the June lows has benefitted the crypto space as well, but bitcoin bulls would be excused for being unimpressed with the rally so far. Indeed, the market capitalization of the entire cryptoasset market has recovered from a low near $800B on June 18 to closer to $1.1T today, but that pales in comparison to the highs at nearly $3T a mere nine months ago.

Bitcoin, the grandaddy of all cryptoassets, has seen a particularly lackluster bounce, at least on a relative basis. While Ethereum has gained nearly 100% from its intraday low, Bitcoin is up “only” 32% from its June trough. While the “uncorrelated returns” meme died a while ago, even the “highly leveraged Nasdaq” argument for investing in Bitcoin has struggled of late, with the closely correlated Nasdaq 100 up over 20% from its lows; lately, a more accurate description of Bitcoin’s returns would be “highly leveraged Nasdaq returns on the way down and barely better returns on the way up”!

Looking at the chart, Bitcoin’s recovery so far looks corrective in nature, taking seven weeks to recover roughly 50% of the two-week drop it saw in June. Moving forward, traders will want to see if the cryptocurrency can regain its 100-day EMA (currently at 26,400) as a sign that it has formed a more durable bottom. Meanwhile, a break below the current bullish channel (ideally led/confirmed by a breakdown in the 14-day RSI indicator’s corresponding channel), would hint that the corrective rally has ended and open the door for another leg down below $20K to retest the recent lows in the $18K area. 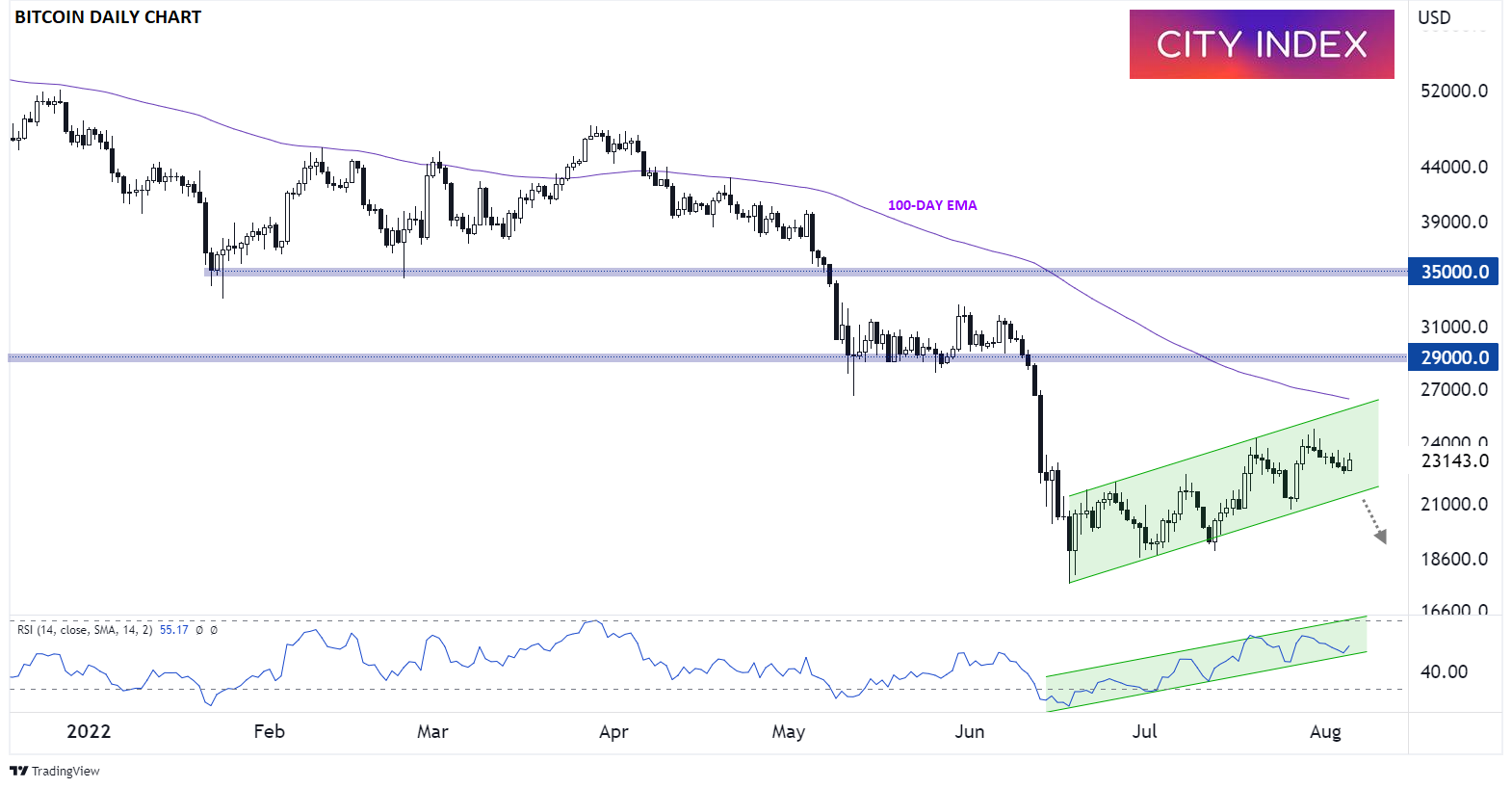 While it’s certainly possible that Bitcoin has formed its bottom for this cycle, the technical evidence argues for caution on the part of bulls for now.