With the release of the ISM Manufacturing data earlier today, the markets were in risk off mode.  As we discussed earlier,  the ISM data was much weaker than expected, and the US Dollar sold off immediately.  DXY sold off 50 pips and the SPX500 closed down nearly 1.5%.  USD/JPY was another victim of today’s ISM data, down 30 pips on the day, after being up almost 75 pips before the data. 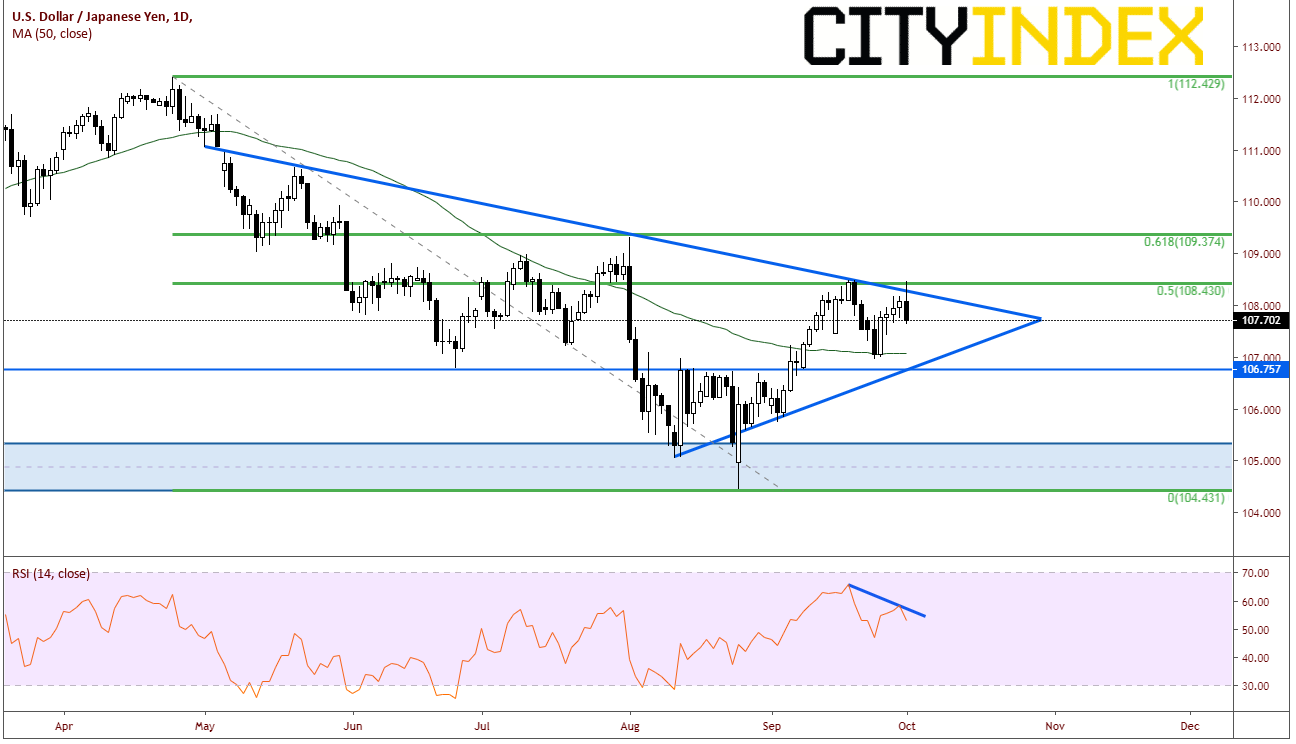 There is a substantial amount of bearishness on the daily chart.  Not only did the pair put in a double top at 108.46, but it also failed to take out previous support (which now acts as resistance) at the same level.  That level also is the 50% retracement from the highs on April 24th to the lows on August 23rd.  By putting in a double top, it also created divergence with the RSI, which is further concern that prices may move lower.  The daily candle today is a bearish engulfing candle, in which the body fully engulfs the previous days candlestick.   It had a false breakout above the descending trendline, which extends back to May 1st. 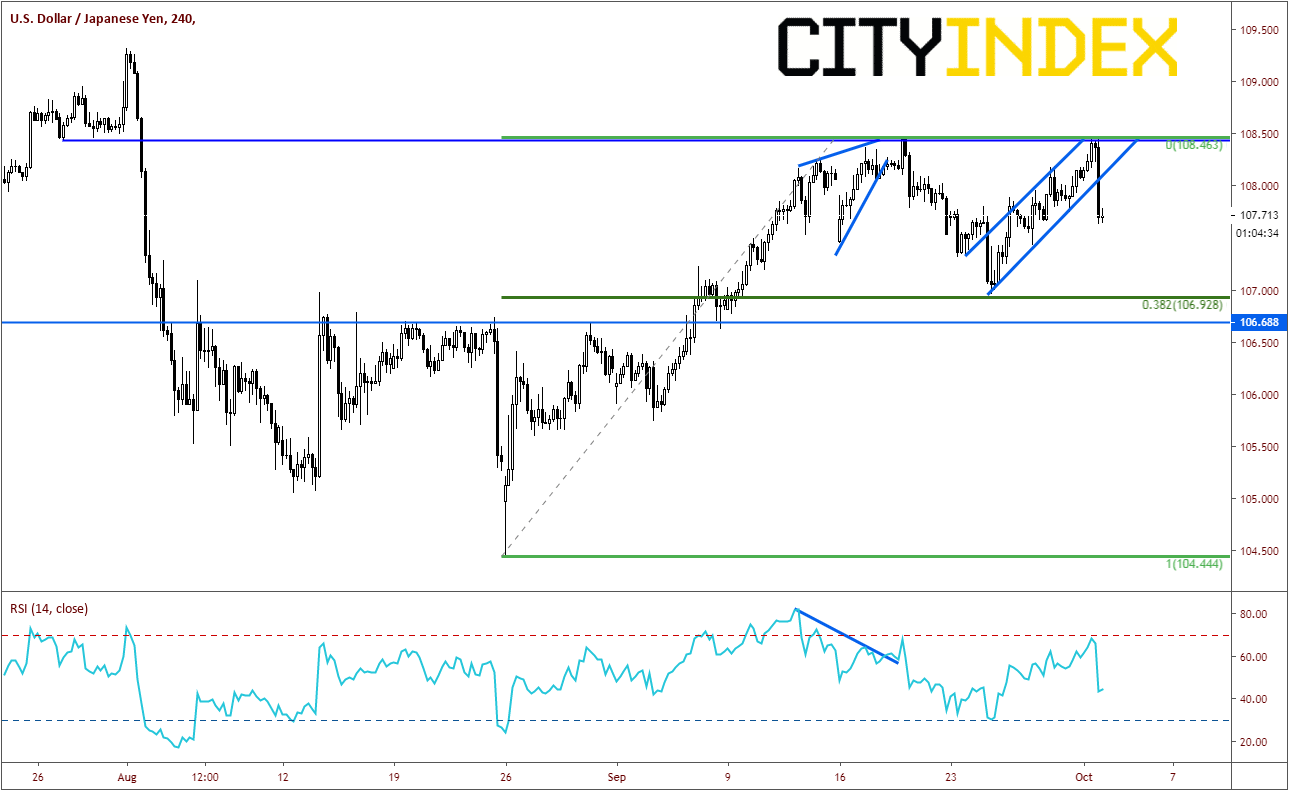 On a 240-minute chart, we can see that USD/JPY broke lower out of a short-term channel.  Support comes at the 38.2% Fib retracement level from the August 26th lows to the Sept 18th highs (which are the same as today’s highs) AT 106.92.  Next level of horizontal support is near 106.68.  Below that level, there is room to head all the way back to 104.44.  Resistance now is back at the rising trendline near 108.12.  Above that, resistance comes in at the previous double top of 108.46.  If price manages to get above there, the next level of resistance is the prior high near 109.37 from August 1st. (This also happens to be the 61.8% retracement level from the previously mentioned timeframes on the daily chart)

As i mentioned earlier today, (and I’m sure we’ll be mentioning for the next few days) all eyes will be on the ADP Employment data tomorrow and the Non-Farm Employment data on Friday.  These could be the next catalysts to drive the direction of the US Dollar.