One-cancels-other (OCO) is the term used to describe placing two orders simultaneously. When market movements cause either order to be filled, the unfilled order is automatically cancelled.

The benefit of using OCO Orders is that if one part of the instruction is triggered, the other order will automatically be cancelled.

OCO orders can be used in several different ways.

Using OCOs to close an order

The most common is when a trader is about to enter the market but would like to attach a Stop & Limit to the position. Below you can see a trade to buy 100 CFDs in Amazon.com at the current market price. You will also see a Stop at 848 & a limit at 855. This means that as soon as ‘Place Trade’ is pressed in the bottom right of the ticket, the trader will hold 100 Amazon.com CFDs, with a stop at 848 and a limit at 855. If either of these attached orders are triggered, the position will be closed and the opposing order will be cancelled. 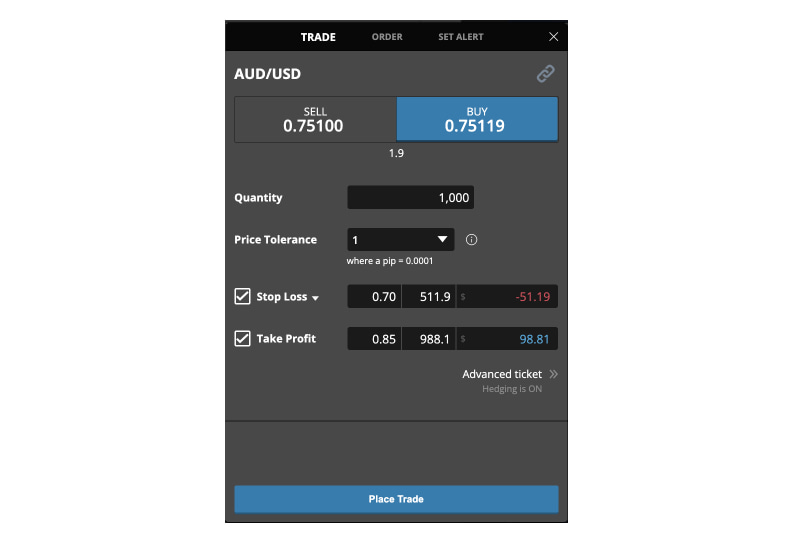 Another situation when a trader may utilise OCO orders in a slightly different capacity would be around a big news announcement. A trader would use an OCO to open a position if they were of the opinion that the announcement would cause a big market move in either direction, but they were not confident on which direction the market would move. The trader might then place an OCO order, allowing him or her to sell if it drops, and buy if it rises.

You can see below an example that may occur leading up to the US non-farm payroll announcement. On this occasion, the trader has placed an order to sell 10 Wall Street CFDs if the price drops to 20,450. The trader has then used an OCO to place a buy order at 21,000 for 10 Wall Street CFDs. If the trader is correct, the market will move and one of the orders will then be triggered. If this happens, the other order will be cancelled and the trader will be left with one open position attempting to follow the trend of the market. 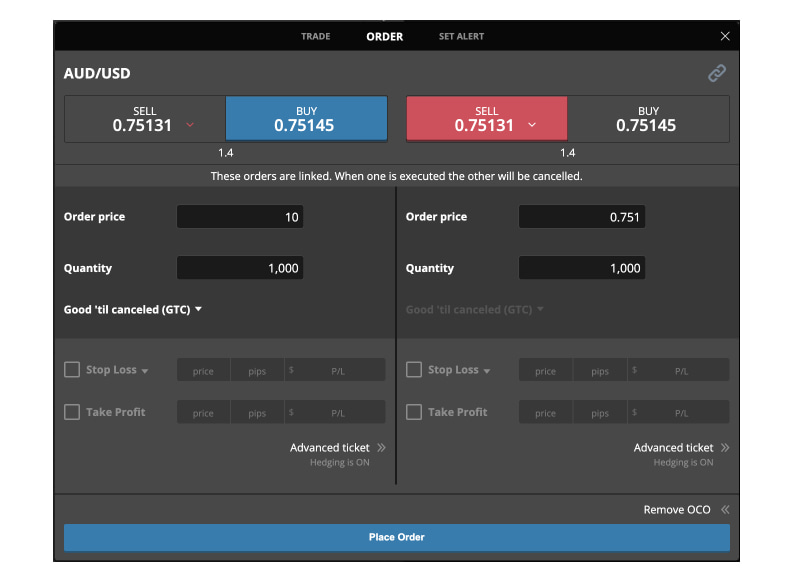