Oil dips below $90 as Russia turns down the heat. What’s next?

Russia helps to makeup the “+” side of OPEC+.  Therefore, Russia is a key player in the overall production of crude oil.  US and NATO allies have been threatening sanctions on Russia if it invades Ukraine.  These sanctions range from cutting Russian off from the SWIFT system to ending the Nord Stream 2 Pipeline deal, which supplies natural gas from Russia to Germany. The continued threat of invasion has been enough to help drive oil prices higher.  However, French President Macron met with Russian President Putin earlier this week.  Macron said that Russian troops would return to their military bases after exercises in Belarus.  In addition, Macron got assurances from Putin that there would be no more escalations of forces on the Ukraine border (although Putin later denied). This news helped WTI trade below the key $90 mark.

But why is the price of oil so high to begin with?  Just last week, OPEC increased oil production by 400,000 bpd, as expected.  Next month, they are likely to do it again.  This is despite an increase of pressure from the US and India to produce more as prices climbed to over $90 per barrel. However, the problem on the supply side is that some countries can’t keep up with their monthly quotas, leaving some countries short of their quota.  This is also helping to keep the price of oil buoyant.

In addition, the demand side of the equation is also helping to keep prices elevated.  With many countries continuing to re-opening their economies, particularly in the US and Europe, oil demand is high.  Companies can’t keep up with demand and need to keep factories running longer hours.  People are heading out and taking trips as many countries re-open their borders.  Driving season is rapidly approaching.  Airline travel for leisure has recovered quickly, despite increased jet fuel prices.  Demand for business travel won’t be far behind. In addition, the US and other countries have tapped into the Special Petroleum Reserves to help alleviate higher prices.  These will need to be re-stocked, which is also helping to keep oil prices at a premium.

WTI Crude Oil has been moving higher since the beginning of the pandemic and has reached its highest level since September 2014.  While on the move, WTI had put in a double bottom along the way.  Price reached the second low of the pattern on December 2nd, 2021 near 61.87 and reached a high of 93.14 last week.  The target for the double bottom is the height from the double bottom low to the neckline, added to the breakout above the neckline. In this case the target is near 108.30.  Will price reach the target? 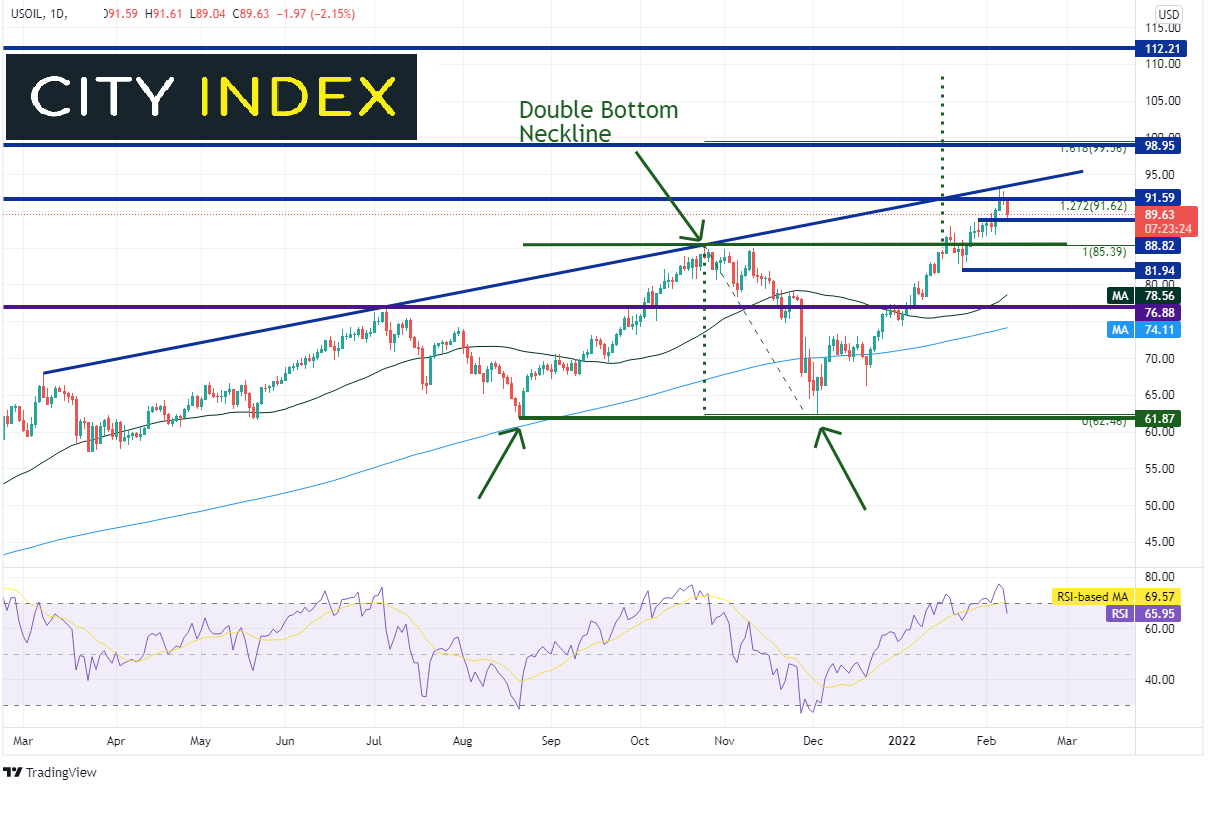 On a 240-minute timeframe, price has been moving higher within a channel since mid-December 2021.  First support is at the Tuesday’s low and the bottom of the upward sloping channel trendline near 89.00.  Below there, price can fall to horizontal support at 86.06 and then the neckline of the long-term double bottom at 85.39.  The 38.2% Fibonacci retracement from the December 20th, 2021 low to the February 4th high is the next support level, near 82.81. 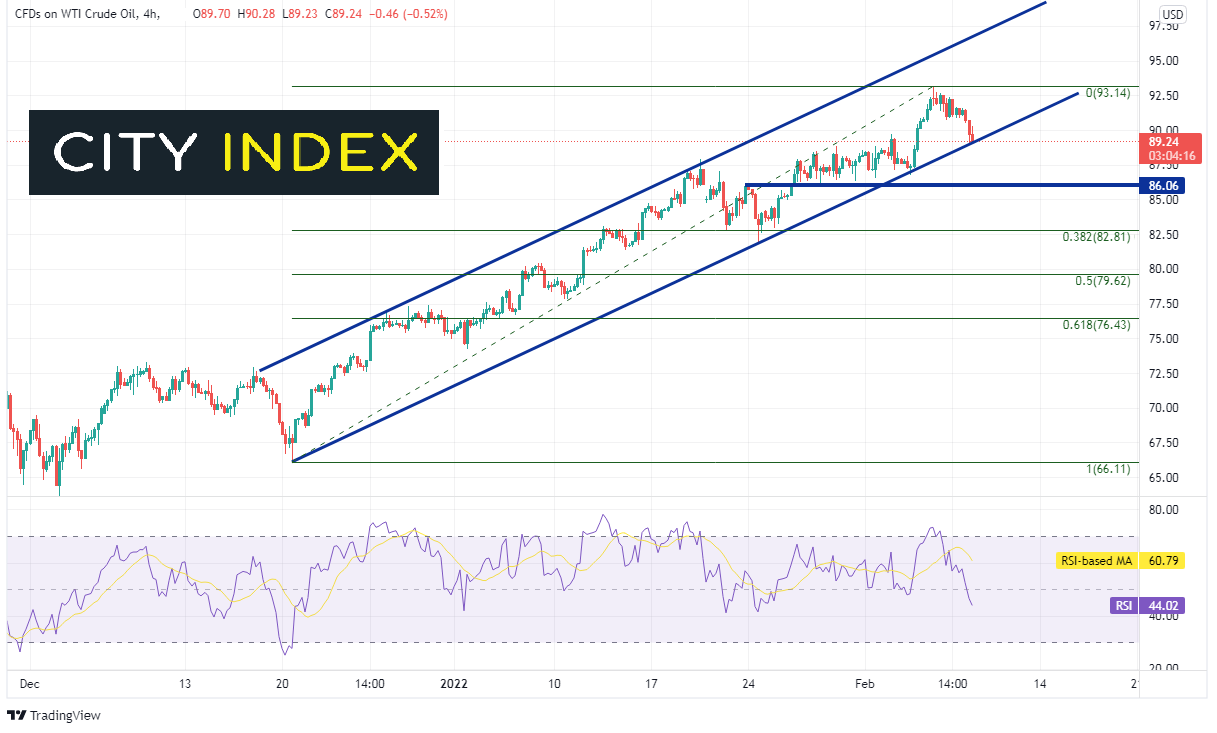 The price of WTI crude oil has dipped below 90, for now.  However, if Russian/Ukraine tensions escalate, or if OPEC+ can’t keep up with their quotas, price may increase once again.  In addition, as long as demand stays high from the re-opening of economies after the pandemic, prices should remain elevated.