Bitcoin has managed to climb further higher today, along with most other risk assets. From its lowest point in June around $17.5K, BTC/USD has climbed some 35% higher. While that looks impressive, let’s remind ourselves that at around $23.8K, it still remains miles below the all-time high of $69K. It has definitely got a long way to go to get anywhere near that level again, but at least for now it looks like the selling may be done after spending several weeks in a relatively tight consolidation range as the bulls and bears battled it out around the $20K handle. The fact that we are now starting to climb back towards the mid-$20Ks suggests that better times are ahead.

Bitcoin’s recovery has coincided with the firmer stock markets and a weaker US dollar. While not a lot has changed fundamentally, there is some hope that soon we might see the end of aggressive central bank tightening because peak inflation is nigh.

Indeed, we have seen a number of key commodity prices come down sharply over the past few months, raising hopes that inflation will also head lower:

If inflation does come down, as we expect that it might, then this will renew hopes that central banks will stop their aggressive tightening in the not-too-distant future, and possibly even go in reverse in order to prevent a severe recession.

This is why it is important to keep an eye on bond yields, as that is where the so-called “smart money” is at. The US 10-year Treasury yield has struggled to hold above 3% in recent times, which is definitely a welcome sign for crypto investors. 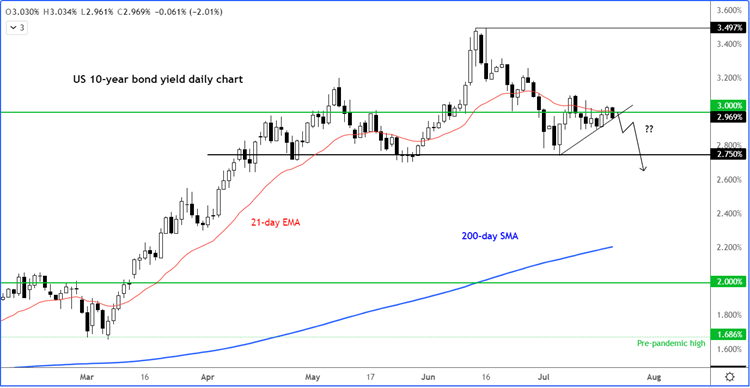 Reflecting the slight macro optimism, we have seen some positive price action on Bitcoin recently: 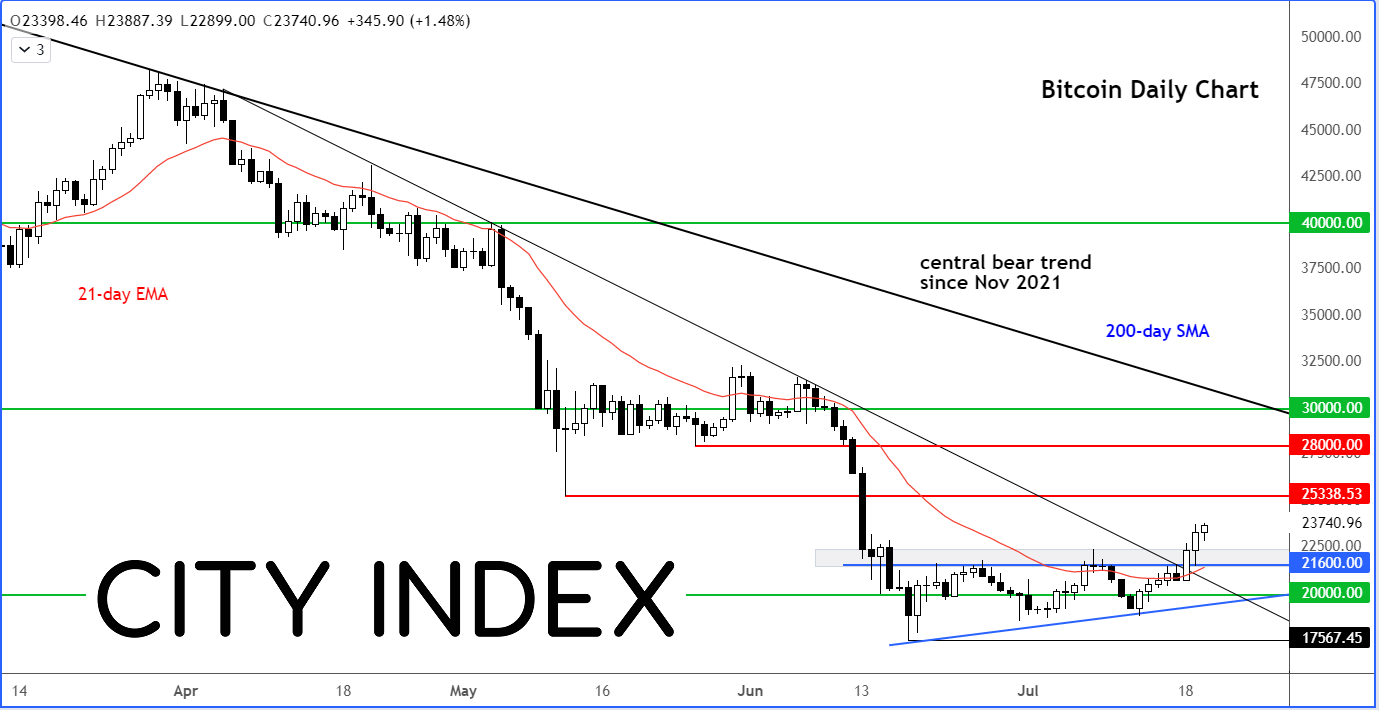 As you can see from the daily chart, BTC/USD broke out of its ascending triangle consolidation pattern to the upside earlier this week. In doing so, it also took out resistance around $21,600 and climbed above the 21-day exponential average.

This begs the question: Has Bitcoin bottomed out around $20K or is this another bear market rally?

Well, if you look at the weekly, I wouldn’t be surprised if it did bottom out here: 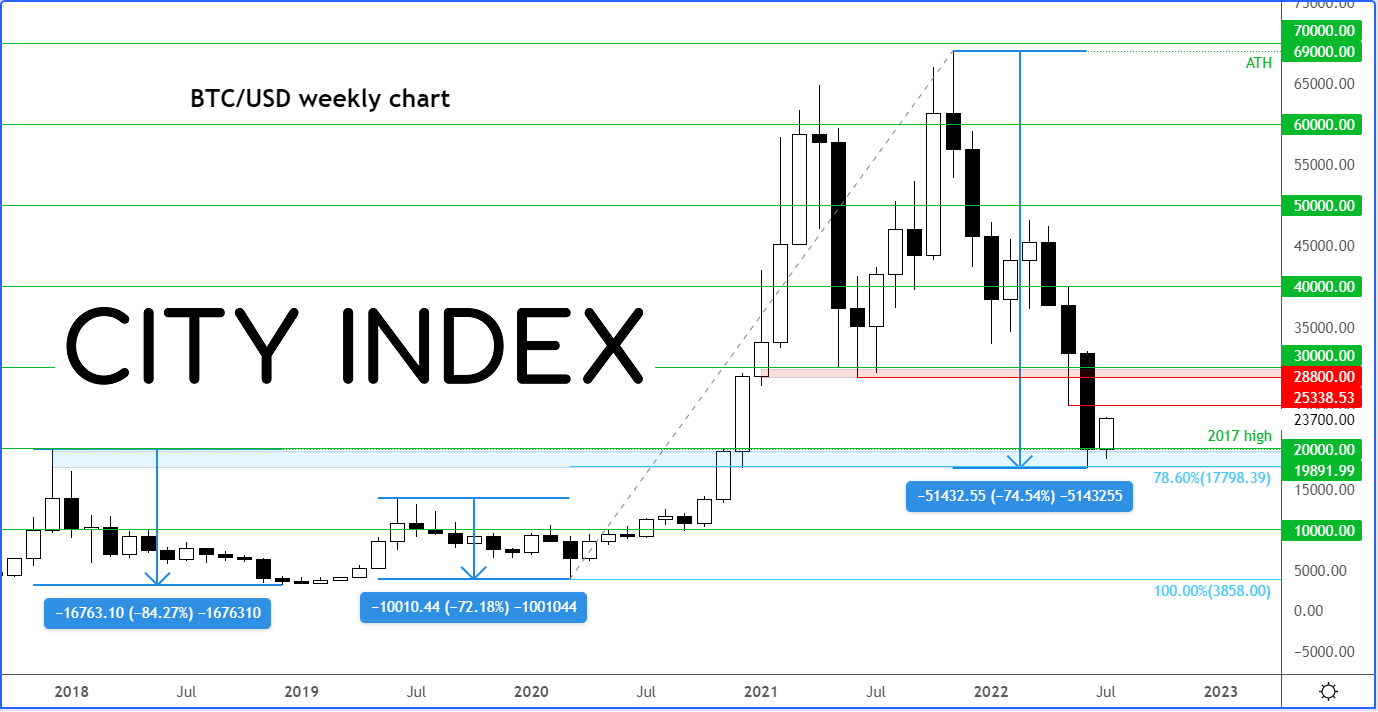 Previous major sell-offs have been between 70 to 85 per cent, similar to this one, before Bitcoin went on to rally to new highs.

I am not saying we will necessarily see a new all time high for BTC this time, but at least a nice bounce should be expected given the extent of the drop and the fact that we are testing the highs from 2017, an old major resistance area.