Back in July, the Bank of Canada (BOC) tapered its weekly asset purchases from CAD $2B to $3B in a small step toward “normalizing” monetary policy…and since then, just about everything has gone poorly for the Canadian economy.

On the growth front, last week’s Q2 GDP report fell -1.1% annualized, far below the +2.5% rate expected, and the preliminary estimate for July GDP came in a -0.4%. Meanwhile, COVID’s delta variant is spreading throughout the country and its major trading partners, casting a pall over near-term economic prospects. At the same time, polls for the country’s federal election in two weeks’ time have tightened dramatically, layering on an element of political uncertainty to business and consumer outlooks.

So against that backdrop, it’s not surprising that the BOC left monetary policy unchanged in today’s meeting with interest rates steady at 0.25% and CAD $2B of QE per week, as widely expected. Notably, the central bank only released a statement with this meeting; there was no press conference with BOC Governor Tiff Macklem (though he does have a separate speech tomorrow that bares watching).

In the monetary policy statement, Macklem and company struck a relatively balanced tone, indicating that they still expect a strong recovery heading into Q3 for both the Canadian and global economy, but warning about supply chain and pandemic-related risks. The BOC left its guidance entirely unchanged from last month, noting that the economy “still has considerable excess capacity” that merits ongoing “extraordinary monetary support.”

After the run of weak data over the last month, the BOC’s monetary policy statement confirmed the risks to the global economy, especially for export-dependent, growth-sensitive currencies like the Canadian dollar. Not surprisingly, we’ve seen the loonie extend this week’s selloff on the release, with USD/CAD rising by about 100 pips for the second consecutive day. Looking ahead, the North American pairing could certainly have more room to rally in the near-term, with little in the way of previous resistance until closer to 1.2900. At the same time, any near-term dips could find support in the mid-1.2500s, where the 50- and 100-day EMAs converge. Only a break below that support zone would flip the near-term bias back in favor of the bears. 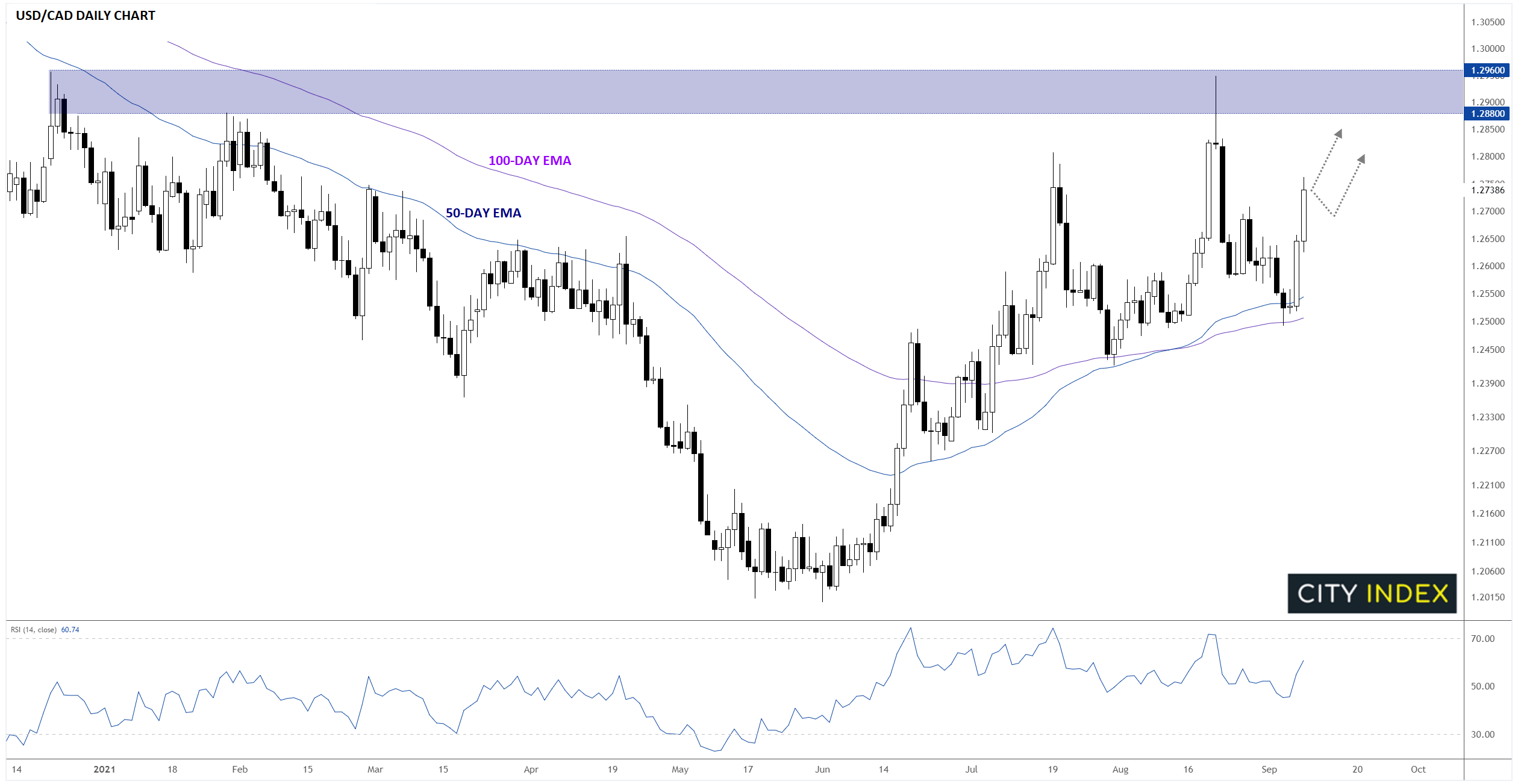