Gold gets up and dusts itself off

Gold gets up and dusts itself off

Regardless, after the precious metal was beaten down to the bottom trendline of the downward sloping channel which began in August 2020, Gold was able to bounce nearly 2%, back above 1700, to near 1715.  Notice that the bottom channel line confluences with the 61.8% Fibonacci retracement from the March 16th pandemic lows to the post-pandemic highs of August 7th, near 1692.2.  In addition, the RSI was in oversold territory, which was another reason to expect the bounce. 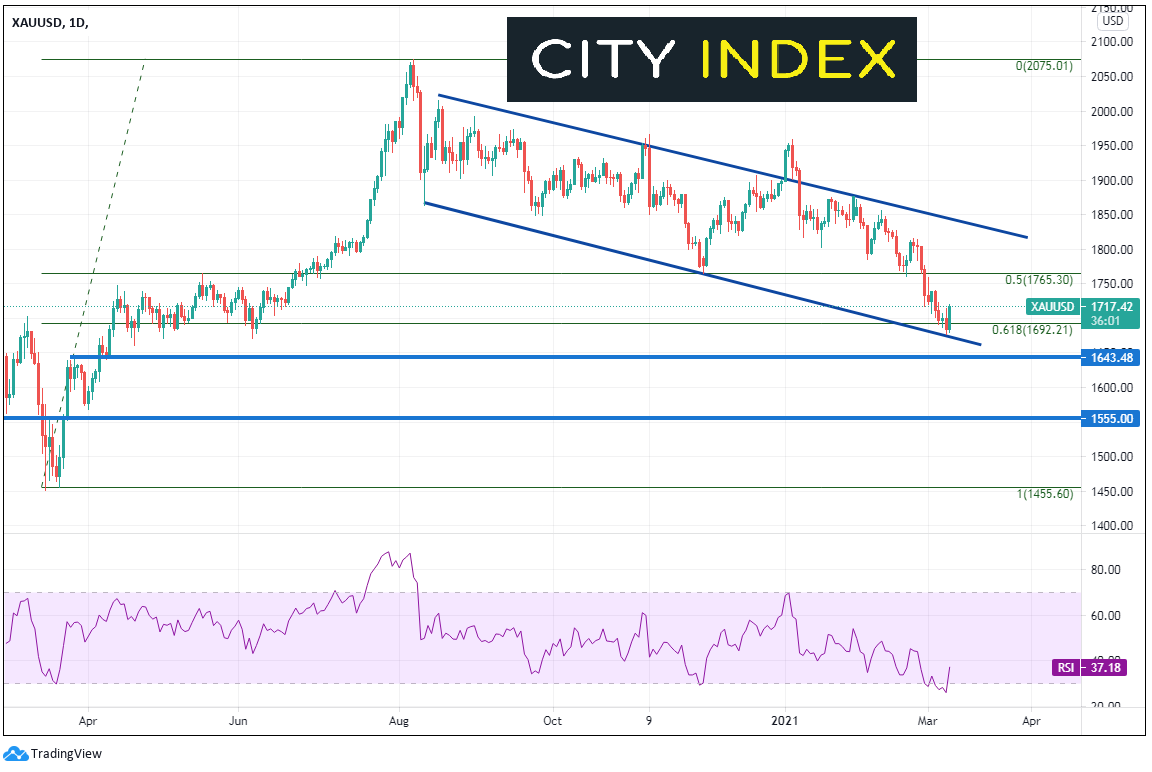 Learn more about how to trade gold 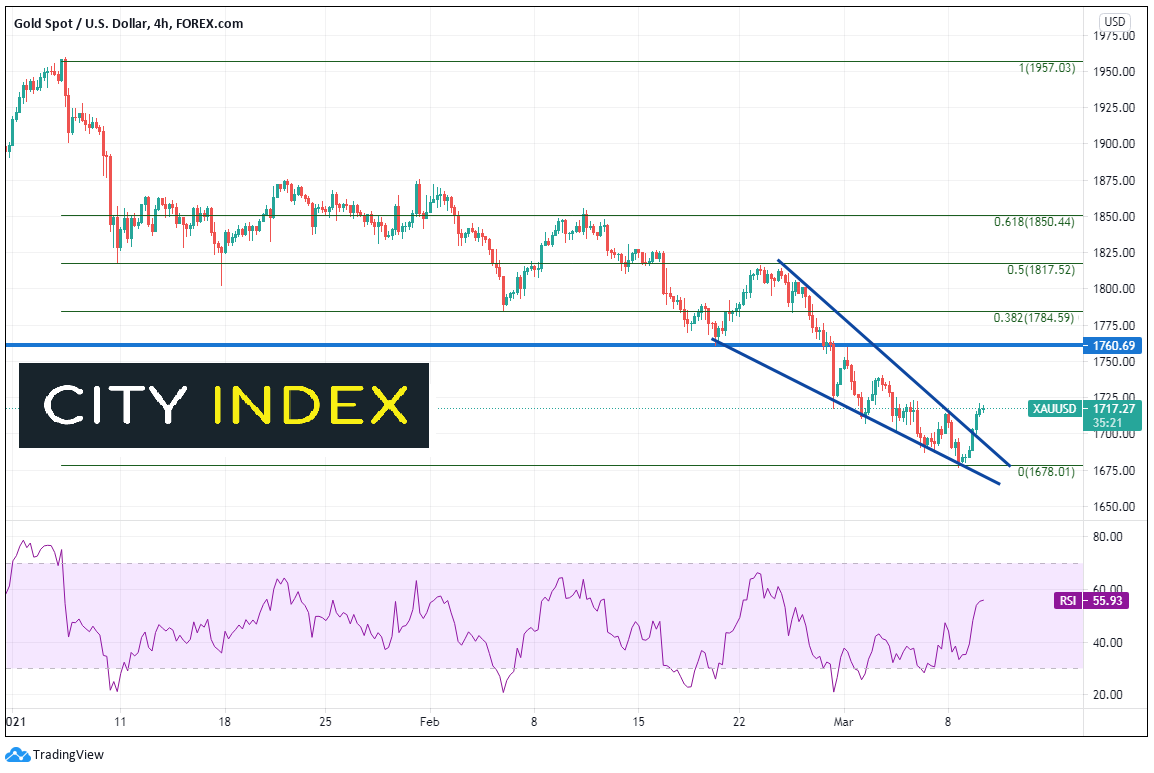 If price can’t continue high and bears step in, the first support level is the March 8th lows, which confluences with the downward sloping trendline of the descending wedge (and the bottom trendline on the daily timeframe), near 1678.  Below there, price can fall to horizontal support from March 2020 near 1643 and then horizontal support dating back to August 2019, near 1555.

XAU/USD seems as if it has been marching to the beat of its own drum lately.  However, the technicals seem to have been working.  If proper risk/reward management is used, Gold can be a profitable trading asset.