When is the December Fed meeting?

What are traders expecting from the December Fed meeting? 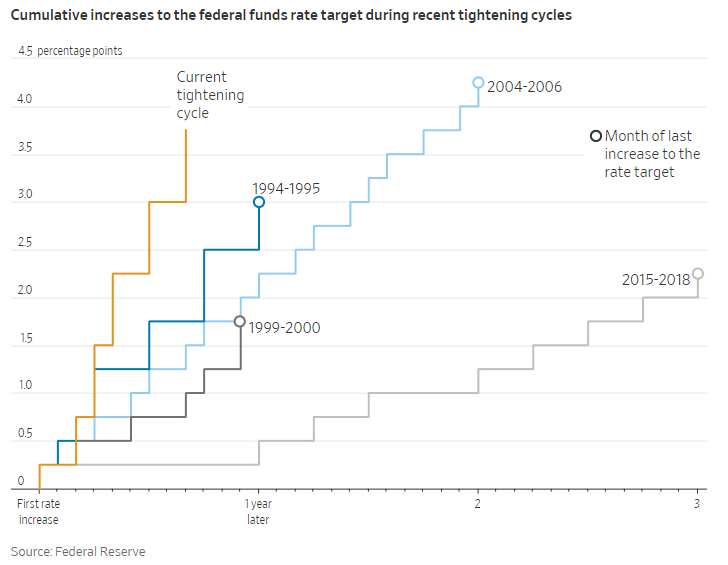 According to the CME’s FedWatch tool, Fed Funds futures traders are pricing in about 80% odds of a 50bps rate hike, with an outside (~20%) chance of yet another 75bps hike:

Additionally, the Fed is expected expected to continue to allow up to $60 billion in Treasury securities and $35 billion in agency mortgage-backed securities (MBS) to mature and roll off its balance sheet per month.

Fed Chairman Jerome Powell seemingly took the element of surprise out of the year’s last monetary policy meeting in his most recent public appearance, noting that, “[i]t makes sense to moderate the pace of our rate increases as we approach the level of restraint that will be sufficient to bring inflation down,” at a Brookings Institution event on November 30th. Those remarks came a week after the minutes from the Fed’s November meeting showed that a “substantial majority” of Fed officials thought a slowdown in the pace of rate increases would “soon” be appropriate.

While there seems to be a clear consensus that the central bank should slow its pace of rate hikes, the ultimate question for this week’s meeting will revolve around the so-called “terminal rate,” or how high the Fed will have to push interest rates next year before pausing the rate hike cycle.

On that front, the committee’s Summary of Economic Projections, including the infamous “dot plot” of interest rate expectations, will be critical. If the median FOMC member forecasts interest rates rising to 5.25% or higher next year, the market will interpret that as a hawkish development, even if the decision itself merely meets expectations for a 50bps increase. On the other hand, if the median Fed member still projects interest rates to peak below 5.00%, traders will view that as a sign that the tightening cycle is nearly complete, and the US dollar could sell off in a dovish reaction as a result.

The final component of tomorrow’s festivities to watch will, of course, be Fed Chairman Powell’s press conference. As we’ve seen repeatedly in recent months, Powell’s comments tend to soften, if not outright contradict, the market’s initial interpretation of the monetary policy statement, so traders should absolutely tune in (or follow us on twitter for our coverage) to the press conference.

NFP preview: Imbalanced labor market to remain a thorn in the Fed’s side?
By:
Matt Weller CFA, CMT