Japan’s inflation hits a 7.5 year high – but will the BOJ act?

Inflation continues to rise in Japan, albeit at a much slower pace than its peers. But we don’t expect a rate hike any time soon.

Overall inflation in Japan rose 2.6% y/y, which is its highest rate in nearly eight years. That makes it the fourth consecutive month that their key inflation rate is above the BOJ’s 2% target. Excluding fresh food, consumer prices rose 2.4% y/y (up from 2.2%) which puts it at its fastest pace since 2008 if we look past the inflationary presures of the 2015 and 2017 tax hikes.

Earlier this week we also learned that Q2 GDP expanded by 0.5%, and Q1’s contraction was upwardly revised to 0%. Private consumption also increased by 1.1%, and that component account for around 60% of Japan’s output. 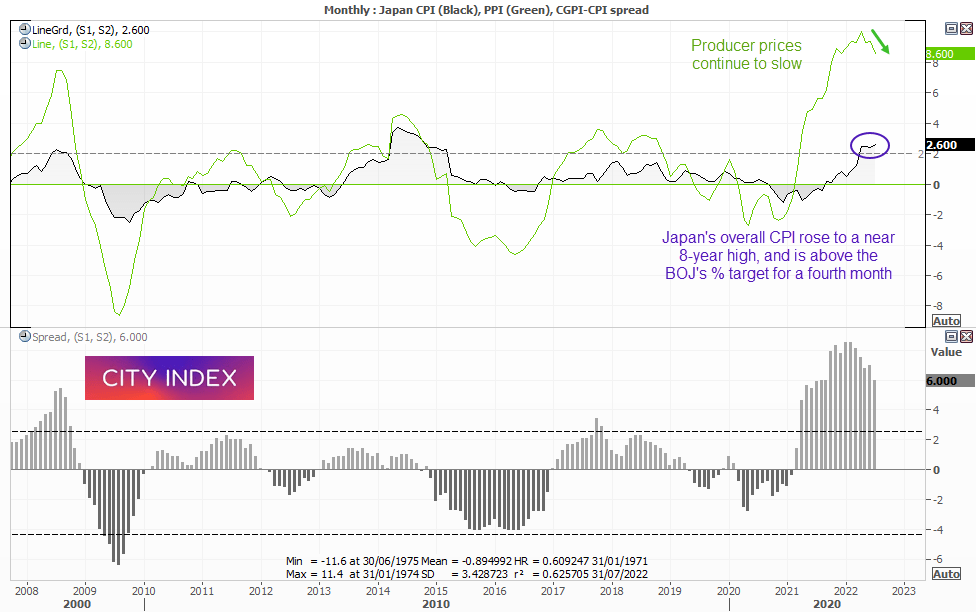 Are the BOJ (Bank of Japan) likely to change monetary policy soon?

Going on the BOJ’s ultra-easy narrative, we should believe that the BOJ are nowhere near hiking interest rates or adjusting their yield curve control despite growing price pressures. Bond market traders have already been burned after they tried to goad the central bank into adjusting their yield curve control back in June, only for the BOJ to respond with a record level of bond purchases and successfully regaining control over their 10-year bond yield. And whilst inflation is rising, it remains relatively low compared to the rest of the developed world and within a reasonable deviation from the BOJ’s own forecast. In fact, the BOJ estimate that inflation should peak in Q4, so on balance there seems to be no immediate reason to expect a sudden knee-jerk reaction from the BOJ regarding rates or the YCC (yield curve control). 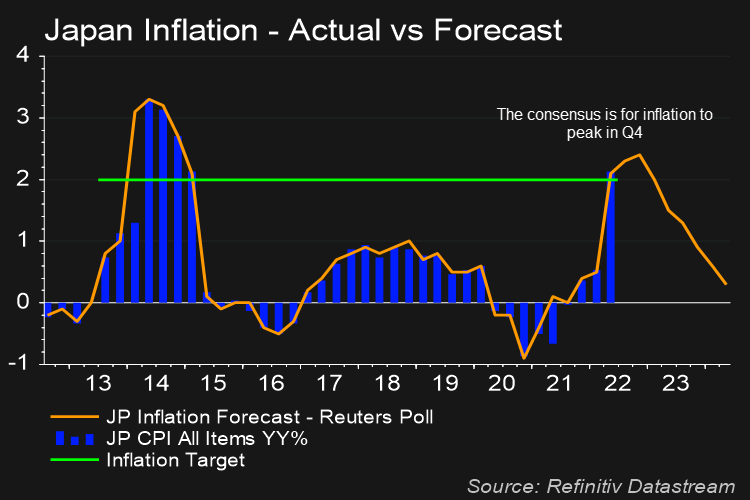 With the BOJ seemingly happy with a weaker currency and little to no appetite to hike rates any time soon, the Japanese yen remains a candidate for bears to short. With that said, we noted in this week’s COT report that that yen futures saw a notable increase of long bets, which is at odds with a weak yen. But that also means that the yen has to strengthen to justify these pre-emptive bets, or fund managers will have to concede defeat and send the yen lower still. For now, appetite for risk is also supportive of a weaker yen, whilst hawkish comments from Fed members is also beneficial for a higher USD/JPY. 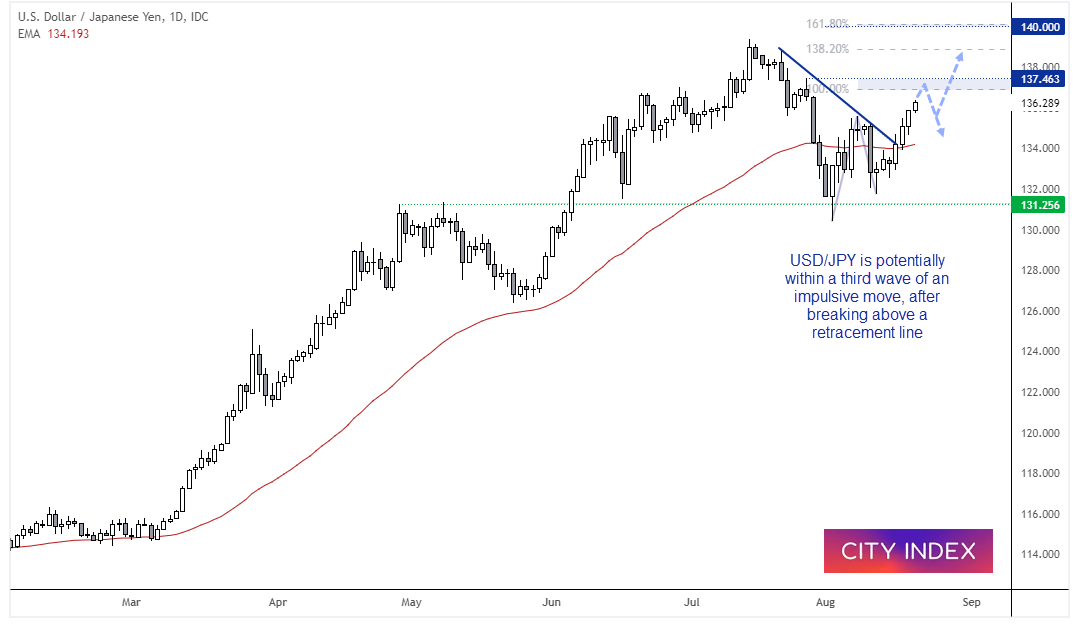 USD/JPY remains within an established uptrend on the daily chart and recently broke above a retracement line, which suggests its rally has resumed. A higher low formed earlier this month, so we might be within a third wave (impulsive move). The trend structure is also bullish on lower timeframes, so a move towards the 137.46 high is potentially on the cards. We’re on guard for a retracement form that key resistance zone, where a break above the 137.46 high brings the 138.2% and 1618% Fibonacci projections into focus, just below the 140 handle.