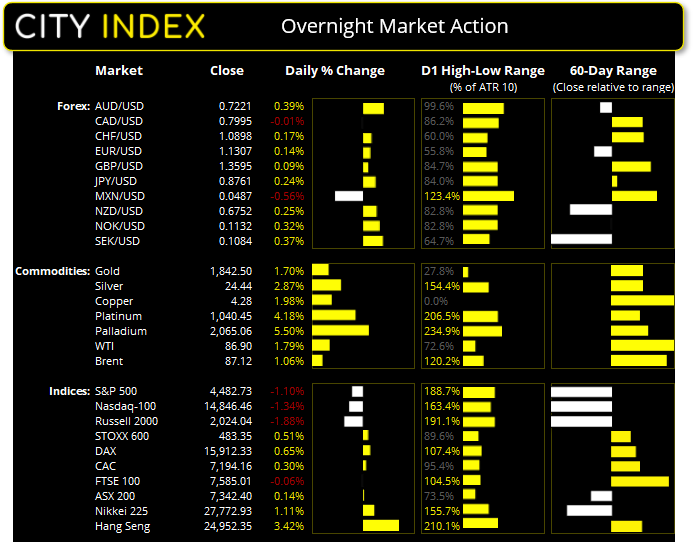 The Nasdaq 100 once again led the major US benchmarks lower, falling over -1.3% despite gapping higher and trading up around 1% earlier in the session. The S&P 500 was down -1.1% and the Dow around -0.9%. Peloton (PTON) fell over 20% after reports said they were pausing production to cut costs. United Airlines (UAL) and American Airlines (AAL) were also lower after they warned cost were to remain high despite expecting to increase passenger flights from March.

Futures markets across Asia point to a weak start for the tech-sensitive Nikkei 225, although futures markets for Australia and China have opened higher, likely due to the latest round if easing measures from PBOC yesterday.

The euro was lower against all majors except the Kiwi dollar after the ECB’s December minutes reaffirmed their widely contested dovish view. EUR/USD formed a bearish engulfing candle on the daily chart and is also on track to form on the weekly. 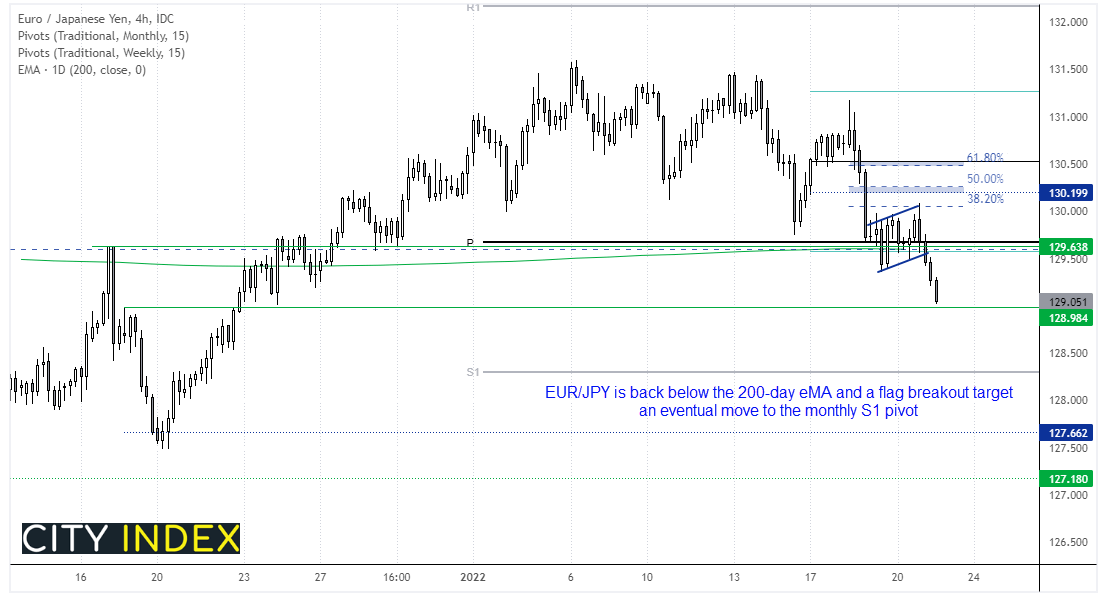 Euro explained – a guide to the euro

Among the euro crosses, EUR/JPY fell the hardest by around -0.5% and reached our initial target outlined in yesterday’s European open. Now the move has evolved it appears to be part of a flag breakout which projects a measured move to the monthly S1 pivot around 128.32. Given it currently trades around 129 which is a likely support level then we are on guard for a countertrend move initially. But if this is a flag breakout, we would not expect a strong round of bullish momentum before losses continue.

The weaker euro allowed DXY to form a bullish engulfing candle on the daily chart at 95.52 support, which is constructive for the bull case. As is the fact we recently saw it rally from the September highs and reverse ack inside a lower keltner band. Dare we say it could now be headed for the highs around 97? Video to follow.

The ASX 200 fell to a 19-day low yesterday, although it formed a Doji on the daily chart around a 61.8% Fibonacci level. And despite lower US equities the nearest futures contract for the S&P 200 is slightly higher. Assuming prices don’t selloff immediately at the open, we are on guard for a potential bounce over the near-term, yet our core view remains bearish below 7400 and for a move to the 7257 lows. 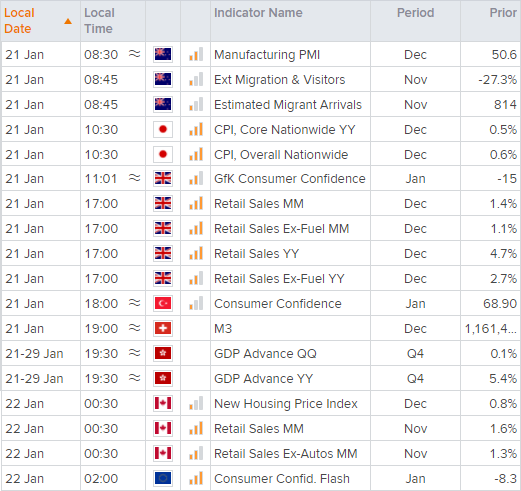