ADP large miss; But does it matter for NFP?

ADP large miss; But does it matter for NFP?

ADP reported their assessment of the private Employment Change for the month of August.  The number of US jobs added to the economy was 374,000 vs and expectation of +613,000 and July’s downwardly revised print of +326,000.  Not surprisingly, the service sector led the way with +329,000 new jobs.

Before everyone gets too nervous about the August Non-farm Payroll on Friday, lets look at how volatile the ADP estimates have been over the last few months vs estimates, and compare that to the Non-Farm Payroll prints:

As you can see from the chart above, only in June was the Actual ADP print within 100K of the estimate.  In May, July, and August, the prints were +/- 300K from the estimate!

Between actual ADP data and Actual NFP Private jobs,  the average miss was even higher. In May, the difference between ADP and NFP Private jobs was -458K, in June it was +62K, and in July it was +383K.   Therefore, at least in recent months, we can conclude that on a month to month basis, ADP Private Payrolls are not necessarily a good predictor of NFP Private Payrolls.  Note as well that government jobs must be added to the NFP Private payrolls to get the total number of Non-Farm jobs added to (or taken away from) the economy for a particular month.

EUR/USD moved higher after the ADP print and the US Dollar Index moved lower, as bond yields moved lower.  On a daily timeframe, EUR/USD is bumping up against horizontal resistance near 1.1850 and trying to close above a longer-term trendline near 1.1835.    Resistance above those levels is 1.1890 and 1.1900, which is a series of highs from late July/early August (It is also the completion of the recent  descending wedge breakout.) 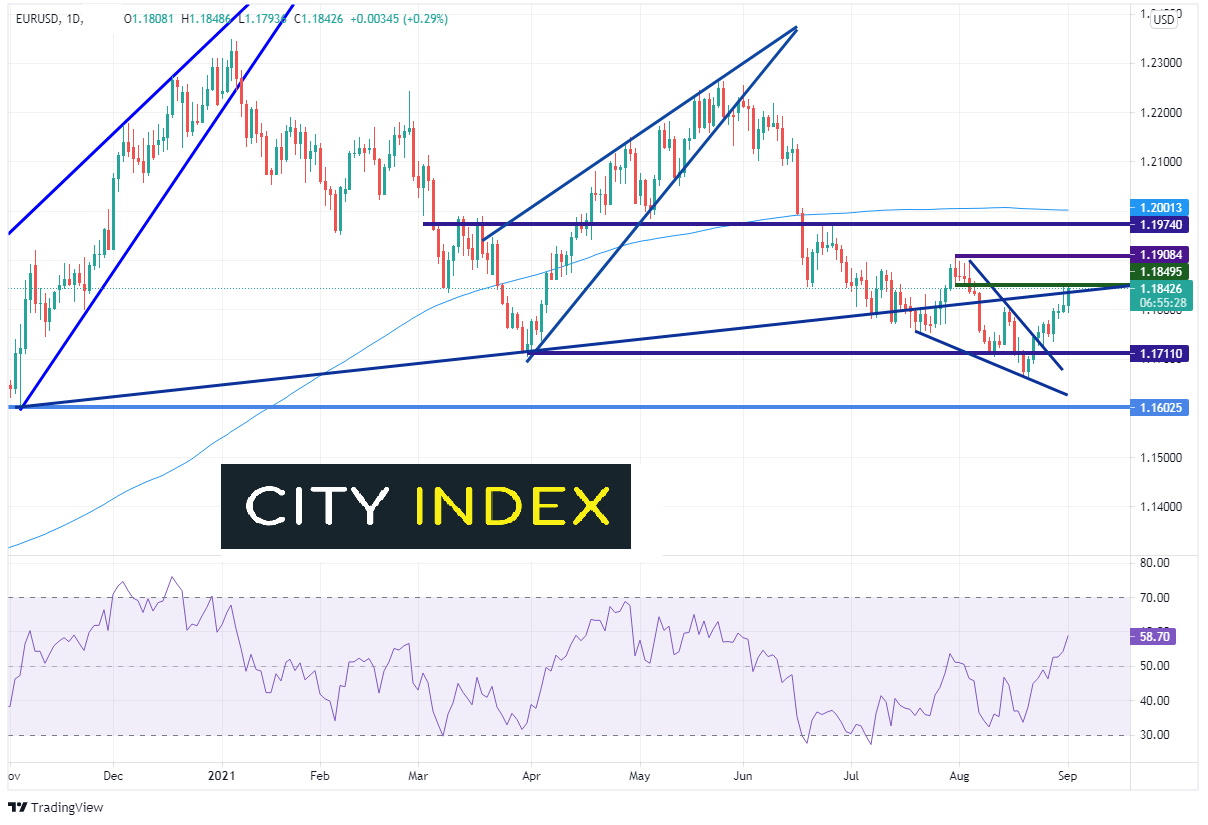 On a shorter-term 240-minute chart, EUR/USD has been moving higher in an upward sloping channel since August 20th.  There is additional resistance at the top channel trendline near 1.1865.  Support is at the bottom trendline of the channel near 1.1805, ahead of horizontal support at 1.1727 and 1.1702.  Also notice that the RSI is diverging from price in the near-term.  Therefore, EUR/USD may be ready for a pullback. 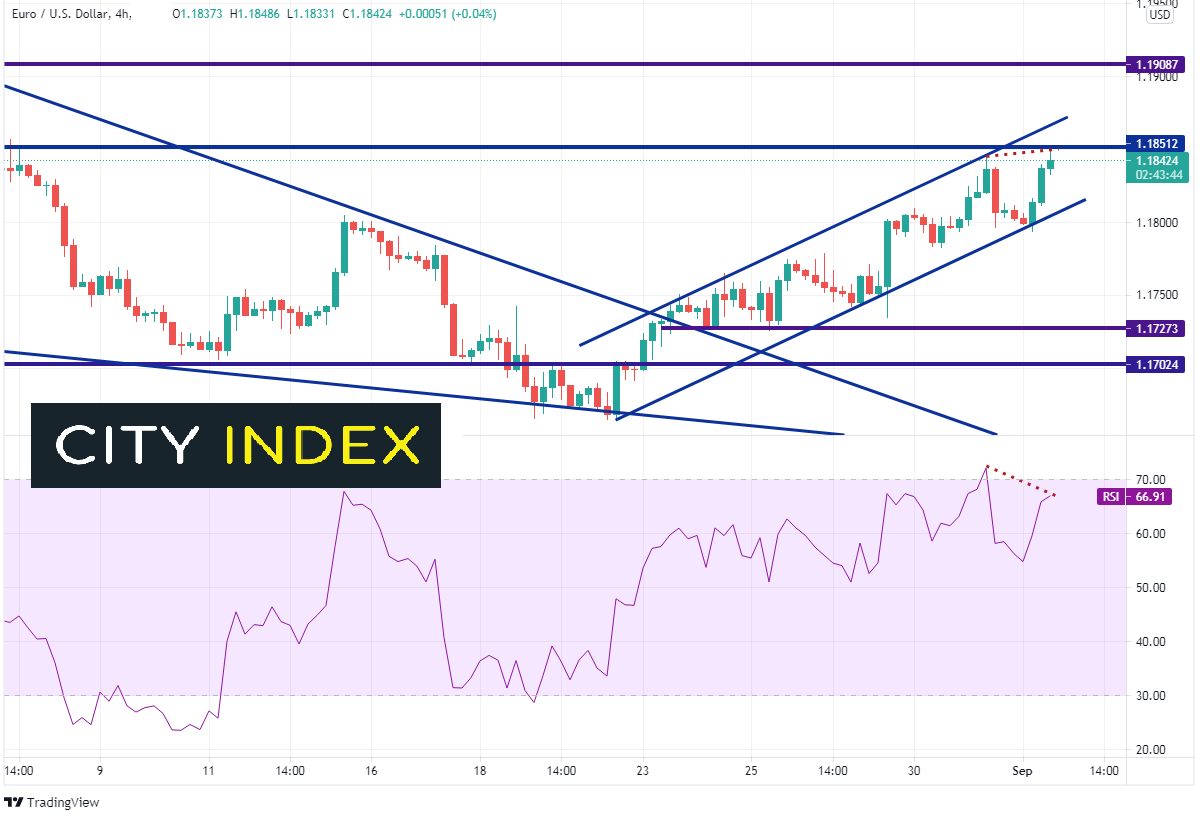 The ADP Employment Change for August was much worse than expected.  However, looking at the series over the passed few months, there is a large amount of volatility between ADP and NFP data.  Therefore, traders shouldn’t rely on the ADP print alone to help determine an estimate of Non-Farm Payrolls.