Oil to $63 on supply concerns?

By :
Fiona Cincotta
,  Market Analyst
Oil is up a further 0.6% in early trade, adding to gains of 4.5% across the previous session. WTI has rallied over 5.5 % so far this week, closing above $60 per barrel for the first time since May.

WTI is being supported by factors which are particular to this time of year, such as hurricanes and high petrol demand in addition to the going fundamental factors which have been underpinning oil over the past 6 months, lifting it over 30% higher since the start of the year.


Supply disruption and concerns over crude flows disruptions are keeping the price of oil elevated.


1. A potential hurricane forming on the Gulf coast has meant around a third of the Gulf of Mexico’s crude output has been temporarily cut. Major producers are shutting platforms and evacuating installations due to the storm. The restricted supply is boosting the price of oil.


2. Escalating tensions in the Middle East not just between the US and Iran as Trump threatens further sanctions on Tehran, but also between the UK and Iran. Iranian revolutionary guards attempted to seize a UK tanker in the Persian Gulf on Wednesday, no doubt a retaliation for the UK seizing a tanker full of Iranian oil off the coast of Gibraltar last week. Increased tensions are raising fears that crude flows could get disrupted.


3. A fourth weekly draw in US stockpiles is also lifting oil. The EIA reported that US stockpiles fell by 9.5 million barrels last week to the lowest in 3 months. This stockpile draw comes as the OPEC plus group agree to extend the current output cut.


4. Fed Chair Jay Powell preparing to cut interest rates offers a double whammy of support for oil. Firstly, the weaker dollar makes oil cheaper for holders of other currencies boosting its demand. Additionally, the Fed offering to support the US economy should keep demand underpinned.


This is a bullish environment for oil. Supply fears are underpinning the price whilst demand concerns take a back seat. 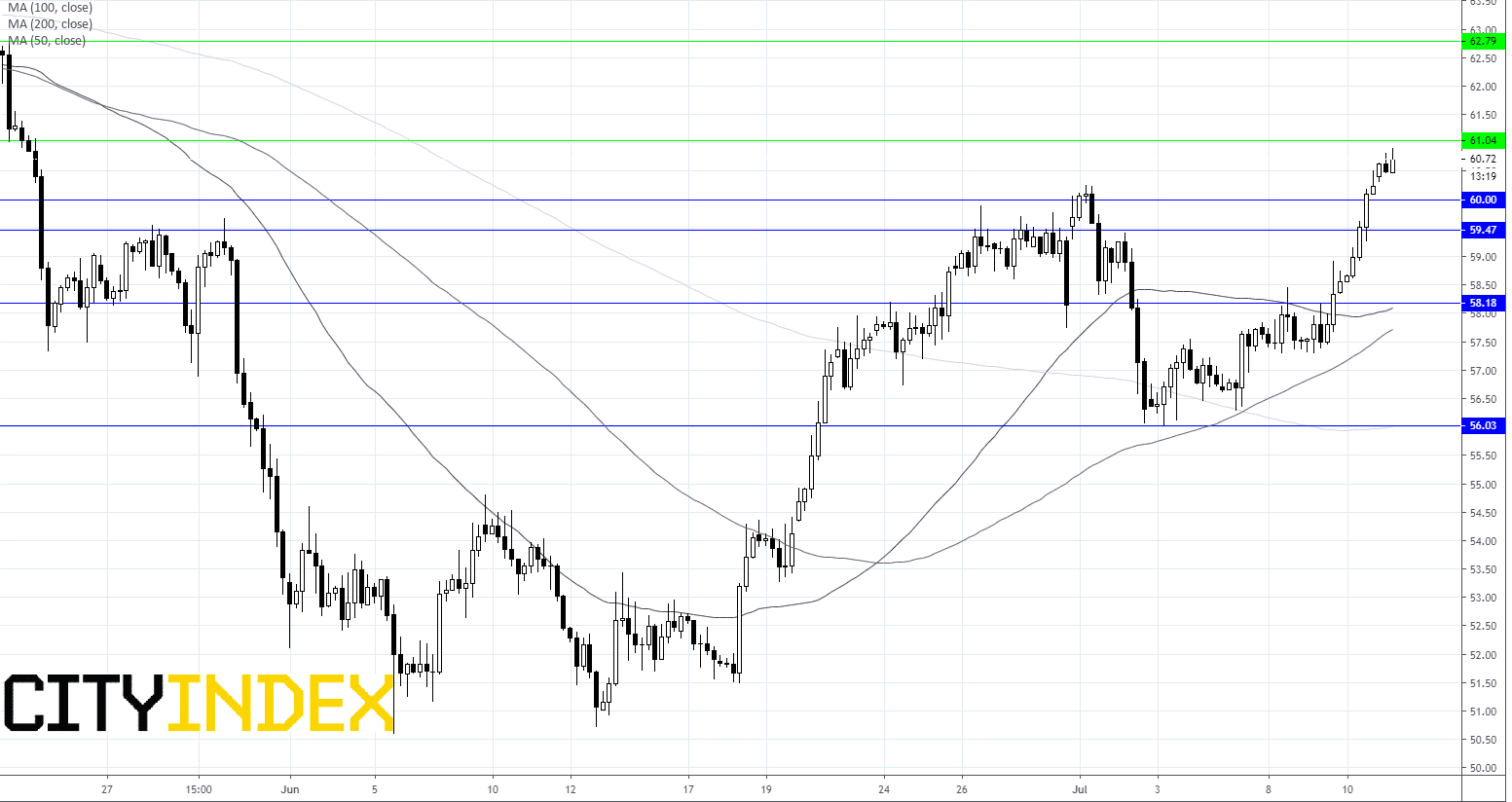 US open: Stocks rise as corporate earnings heat up
By:
Fiona Cincotta

Crude oil off lows after slump
By:
Fawad Razaqzada