Many Asian countries were closed earlier due to the Lunar New Year, resulting in slow trade.  The muted session carried over to Europe and now into the US.  It’s quiet.  Therefore, yesterday’s themes have carried over into today’s US session, which primarily are the lack of inflation in the US and the comments from Fed Chairman Powell, who spoke at the Economic club of New York and said he doesn’t expect a large nor sustained increase in inflation right now.  He said price rises from a burst of spending as the economy reopens is not likely to be sustained!

On a 240-minute timeframe. the DXY is currently sitting near the 50% retracement level from the lows on January 6th to the highs of February 5th, near 90.36.  There is also horizontal support near this level. The RSI is sitting near oversold territory indicating it may be ready for a bounce.  But for now, with Powell giving his ok that the government shouldn’t worry about an overheating economy if they pass the $1.9 trillion stimulus and continued low inflation, traders may expect that the DXY will continue lower.  Support on the downside is near the 61.8% Fibonacci retracement of the previously mentioned timeframe and horizontal support near 89.93.  If bulls enter and decide to push DXY higher, resistance is at the underside of the upward sloping trendline and horizontal resistance between 90.89 and 91.02. 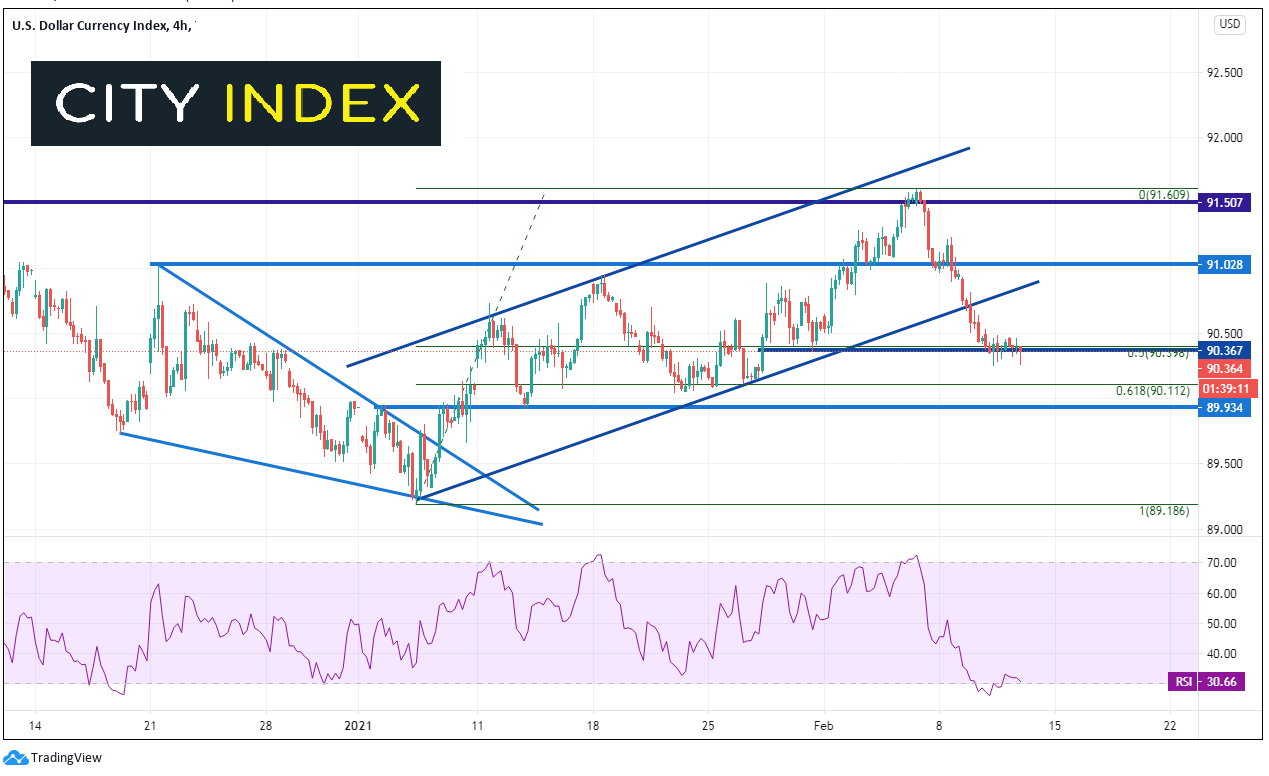 However,  all US Dollar pairs aren’t created equal.  With a quiet day for the DXY, AUD/USD is pushing higher. Its still early in the day, however AUD/USD has broken out of a flag formation and is on its way to forming a bullish engulfing candle.  If price breaks above the top of the flag highs, near 0.7809, the pair has room to run.  The target for a flag formation is the length of the flagpole added t the breakout point.  In this case the target is up at 0.8400!  With strong prices from copper and iron ore, and demand from China given that factories are remaining open over the Chinese New Year, AUD/USD could push higher. 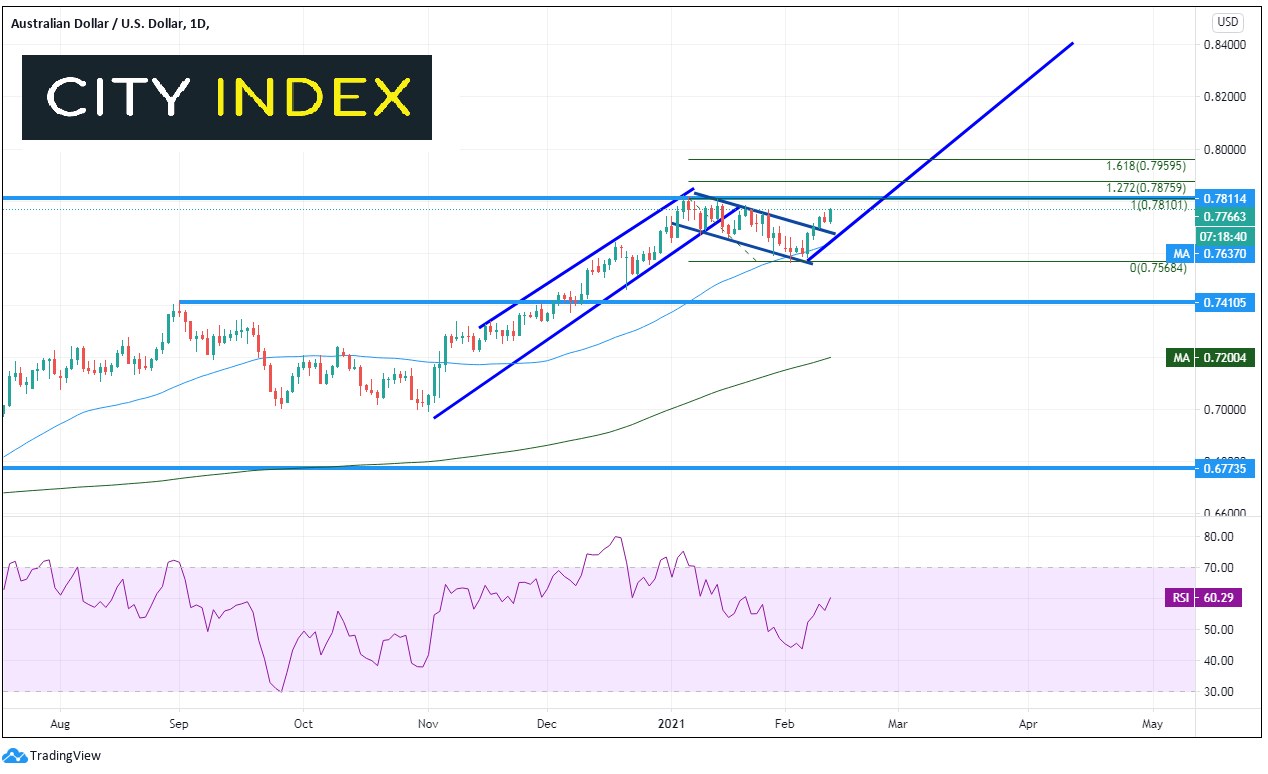 With nothing market moving in fx land overnight, previous trends should continue. Long term AUD/USD bulls may be looking to buy dips and target the flagpole extension.