German PPI for March was released earlier today.  The MoM print increased from 0.7% in February to 0.9% in March.  Expectations were for a decline to 0.6%. However, the bigger story regarding German PPI was the YoY print at 3.7% vs 1.9% in February and an expectation of 3.3%.  Since May 2020, this figure has been steadily climbing and this print won’t make the decision for the ECB any easier on Thursday.  See our ECB preview here

Learn everything you need to know about the ECB

However, given that the increase was in PPI and not CPI, it may buy them time as prices filter through to the consumer.  Last week, Germany and the EU released CPI data.  The YoY prints were 1.7% and 1.3% respectively.

The UK released the Claimant Count Change for March earlier as well.  The print was 10,100 vs 67,300 in February (revised lower from 86,600).  Despite most restrictions still in place through March,  there was only a small increase in the number of people who applied for unemployment benefits.  Traders will be watching to see how many of these people were rehired in April.  As we discussed in the Currency Pair of the Week,  traders were most likely looking past this data, as the April reopening employment data was not reflected.

EUR/GBP has been moving lower since breaking below a long-term symmetrical triangle on January 13th.  After breaking multiple support levels, the pair formed a descending wedge dating back to February 24th-26th and put in a low at 0.8472.  The pair broke out of the descending wedge on April 7th as the RSI diverged with price.  The target for the breakout of a descending wedge is a 100% retracement, or in this case near 0.8731.  EUR/GBP reached a high of 0.8719 on April 16th, just below the target and the 38.2% Fibonacci retracement from the December 20th, 2020 highs to the April 5th lows, and formed a shooting star. 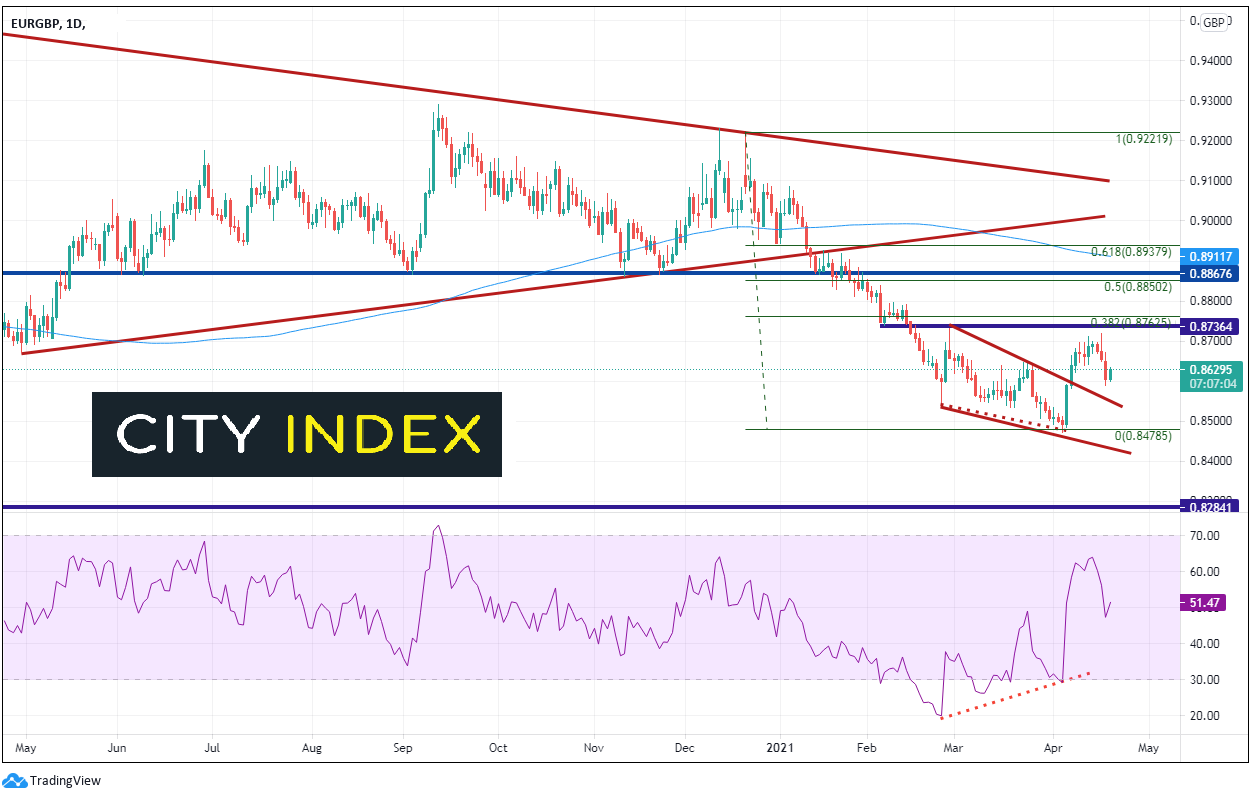 On a 240-minute timeframe, price has pulled back on the 50% retracement level from the lows on April 5th  to the highs on April 16th, near 0.8596.  Support below is at the 61.8% Fibonacci retracement level from the same timeframe, the downward sloping top trendline of the descending wedge near 0.8550 and the April 5th lows at 0.8472.  There is short-term horizontal resistance just above at 0.8643, then the April 16th highs at 0.8720, which confluences with the previously mentioned February 26th highs (0.8731). 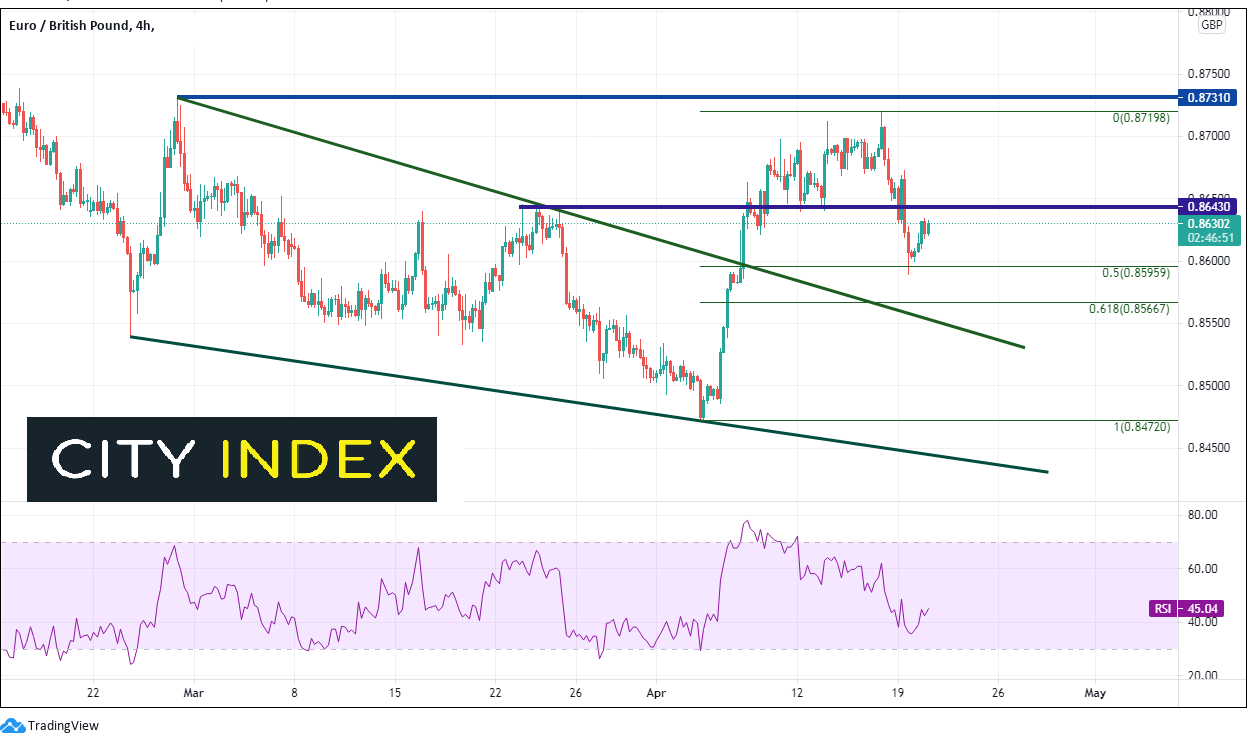 Higher inflation data has helped propel the Euro higher today vs the Pound.  However, traders must consider that this move may be corrective.  With the reopening of the UK in full swing and much of the EU still in lockdowns (for a few more weeks), traders may wonder whether the Euro is ready to outpace the Pound.  Thursday’s ECB meeting may give traders more clarity.