The Central Bank of Mexico, Banxico, has been hiking interest rates at 25bps clips. However, inflation is rising even faster! The November mid-month inflation released on November 24th was 7.05%, above market expectations of 6.87%.  The final November reading is 7.37%, again, above the estimate which was 7.22%.  The October reading was 6.24%.  November’s core inflation rate is 5.67% vs 5.62% expected and 5.19% in October. Banxico targets 3% inflation and Mexcico’s key interest rate currently sits at 5%.  GDP for Q3 was -0.4% , however Banxico believes the key economic number will return to positive territory in Q4 2021. The next central bank interest rate decision meeting is on December 16th.  Will Banxico rate rates again, and if so, by how much?

USD/MXN had been trading in what appears to be a basing formation for the last year as the pair has held a support zone between 19.5491 and 19.7464.  USD/MXN tested this support zone multiple times, each time holding.  On September 28th, the pair broke above a downward sloping trendline dating back to June 2020, near 20.30, and it hasn’t been below it since.  Price rose to the 127.2% Fibonacci extension from the highs of March 2021 to the lows of June 2021, near 22.18 on November 26th, and halted as the RSI was in overbought territory.  This was also a false breakout above horizontal resistance at 22.00. Since then, USD/MXN has pulled back to the strong horizontal support at 21.00. 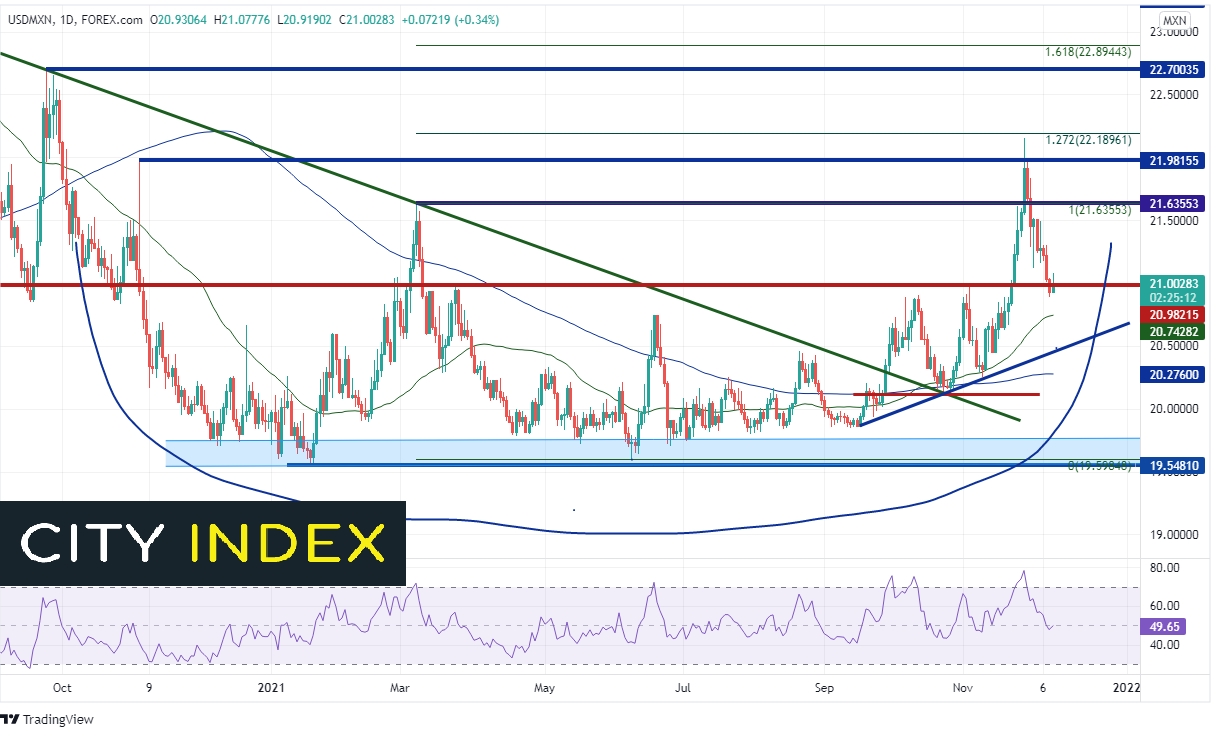 On a 240-minunte timeframe, the recent highs near 22.1552 also represent the 261.8% Fibonacci extension from the highs of November 3rd, to the lows of November 9th.  With a confluence of resistance this strong, this area acts as a significant level which may take time to break above. 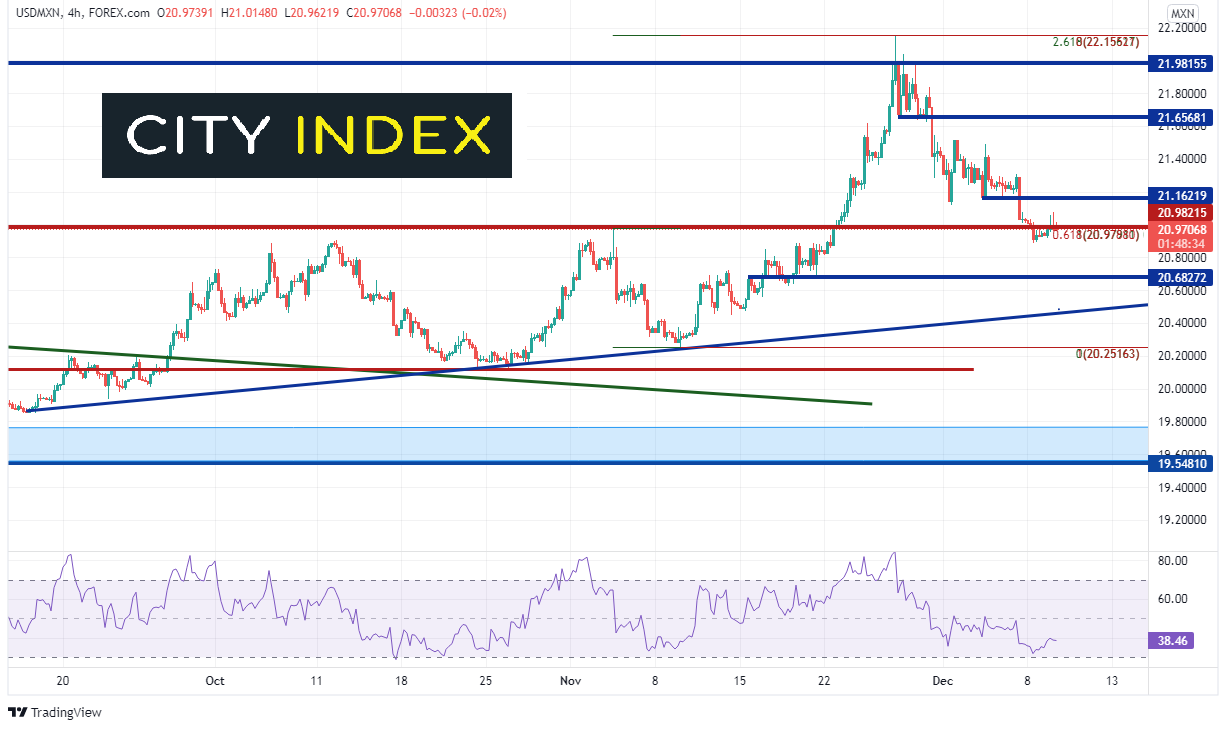 On the same chart, USD/MXN has pulled back and stalled at the 61.8% Fibonacci retracement from the November 9th lows to the November 26th highs, near 20.97.  There is also a significant level of psychological and horizontal support/resistance at 21.00. If USD/MXN can hold above this level, horizontal resistance is at 21.1622, 21.9816 and the recent highs at 22.1552.  If price breaks below, watch for it to head back down to the November 9th lows bear 20.2516.  However, the pair will first have to break through horizontal support at 20.6827 and an upward sloping trendline dating back to mid-September near 20.50.

Banxico meets again on December 16th.  It is expected to hike rates by an additional 25bps.  However, with inflation increasing at 100bps since last month, can it afford to only raise 25bps?  It will depend on when the central bank expects inflation to begin to ease back towards its target of 3%!