In Fed Chairman Jerome Powell’s prepared comments for his semi-annual testimony before Congress,  he says that “substantial further progress” is still a way off.  What does that mean?  No tapering any time soon!  With the unemployment rate at 5.9%, he notes that the jobs market is also a long way off from progress needed to begin tapering bond purchases.  And although he acknowledged that inflation is likely to be elevated this year, he expects it to be moderate overall.   Right or wrong, this is consistent with what Powell has been saying from the beginning:  The Fed will let inflation run hot while they focus on maximizing employment.

And inflation is HOT!  Yesterday’s CPI headline print of 5.4% YoY was the highest in 13 years, while the core CPI print was 4.5% YoY, the highest reading in 30 years!  Today, PPI was released and the headline June print was 7.3% YoY and the Core PPI was 5.6% YoY.  The headline number was the highest since the current series began in November 2010.  In theory, PPI feeds through to CPI as producers pass along higher prices to consumers.   However, Powell continues to see these numbers as transitory.

Powell’s extreme dovishness trumped the strong inflation readings as stocks move higher, while yields and the USD move lower.  USD/JPY is also held down by trendline resistance near today’s highs at 110.70, which dates to early January. 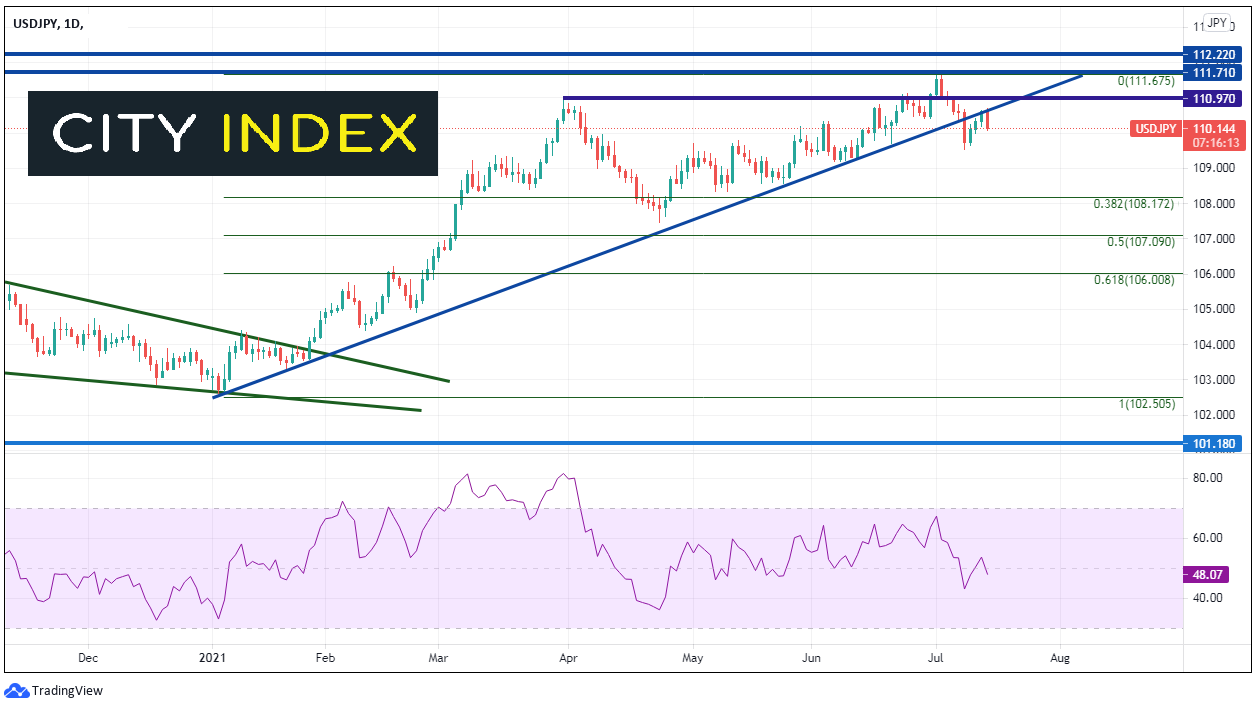 USD/JPY had been moving lower since putting in near-term highs on July 2nd.  The pair bounced on July 8th, which resulted in a pennant formation.  Today the pair broke lower after reaching resistance near July 7th highs, as well as the longer-term rising trendline (see daily chart).  The target for the break of a pennant is the distance from of the pennant “pole” added to the breakdown point of the of the pennant.  In this case, USD/JPY targets 108.56, which is also horizontal support from May 19th and May 25th. 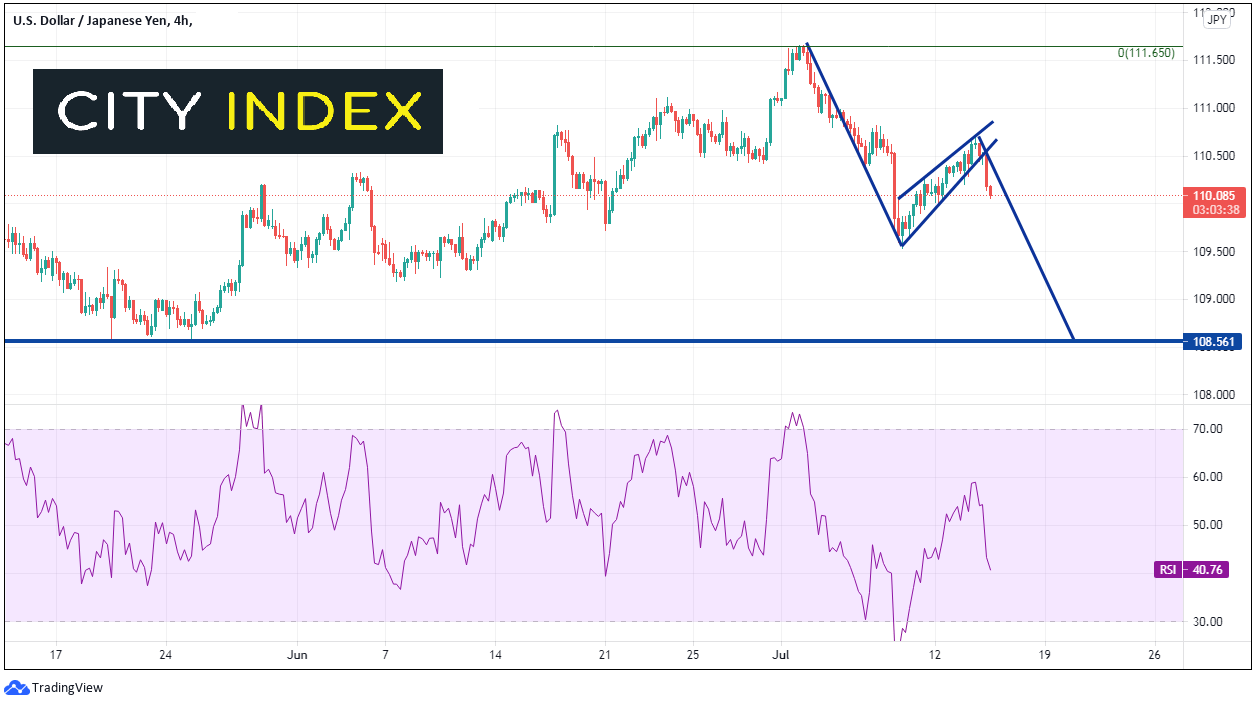 USD/JPY is currently trading near the first support level of 110.10, which is the 50% retracement level from the May 25th lows to the July 2nd highs.  The 61.8% Fibonacci retracement level from the same timeframe and the July 8th lows are just below between 109.53 and 109.73.  Resistance is at the bottom trendline of the pennant near 110.50 and then the top trendline of the pennant and the long-term trendline (daily chart) near 110.70.

Although inflation is running hot, it appears that the Fed is willing to let it continue high until employment is “maximized”.  Whether Powell is right or wrong, doesn’t seem to matter. The saying in the markets that seems applicable to this situation is “Don’t fight the Fed”!