Brexit deal could be reached by Christmas: GBP/USD, EUR/GBP

Brexit deal could be reached by Christmas: GBP/USD, EUR/GBP

Media outlets have been reporting for the last few hours that “sources” say a trade deal is “imminent”.  Boris Johnson and Ursula von der Leyen have been negotiating directly over the last few days to resolve the final remaining issues.  The holdup continues to be that of fisheries.  What access will the EU have to fishing waters around the UK?  However, EU ambassadors have been called to an emergency meeting, on Christmas Eve, nonetheless.  Markets assume they will receive text of the agreement, which would allow for a provisional deal before January 1st.  This would allow for a formal vote to occur after January 1st.

Yesterday, we wrote about how markets haven’t been responding lately to the headlines regarding Brexit.  Today, on first headlines of the news of a deal, currency pairs did indeed spike though.  However, as more and more headlines came out, markets aren’t ready to believe them yet. GBP/USD couldn’t even take out the December 17th highs near 1.3620 and has pulled back 100 pips from the highs.  If traders believe this is the real deal, watch for buyers to enter the market near 1.3445.  Monday’s lows at 1.3188 is the next support level. 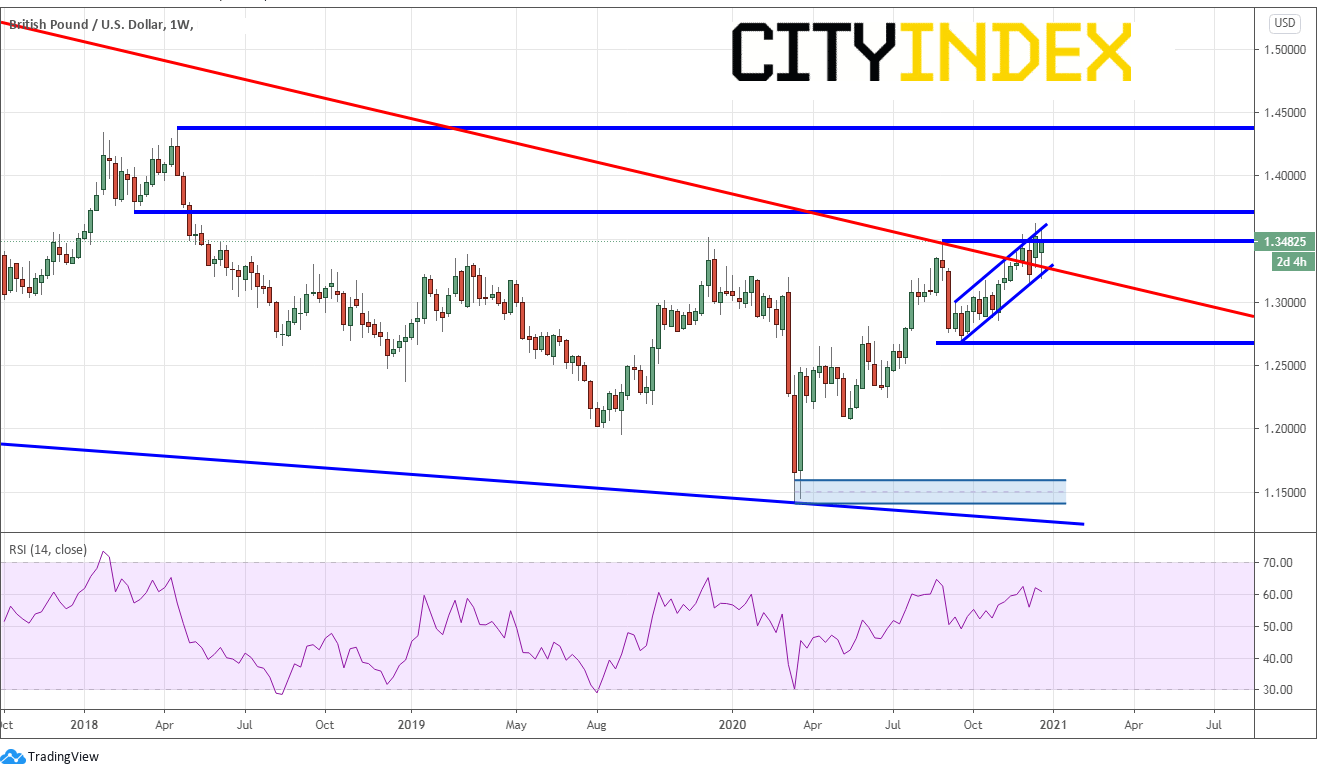 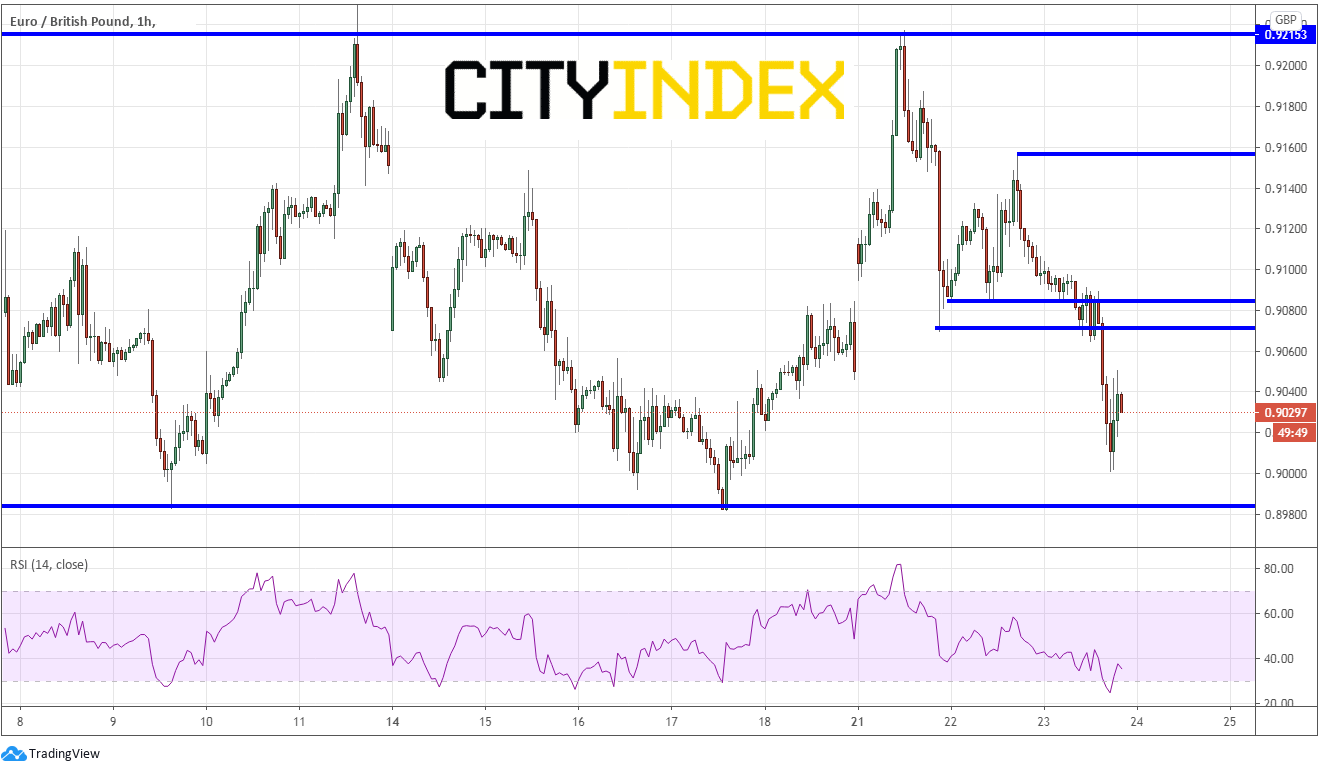 We have been talking over the last week about how price action in EUR/GBP has been oscillating around the apex of a symmetrical triangle on the daily timeframe.  Longer term support is near 0.8875 and 0.8671.  If there is not going to be a deal, watch the horizontal levels near 0.9200 and 0.9300. 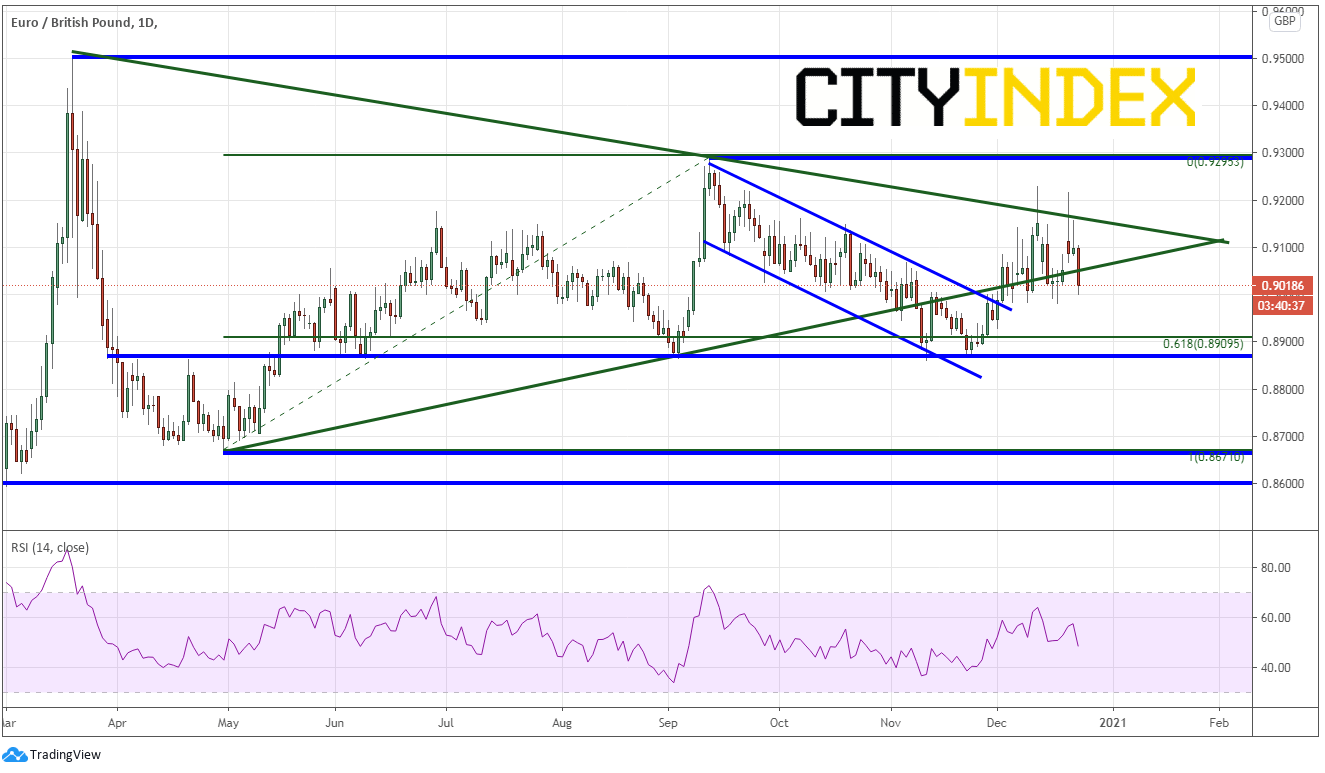 Boris Johnson will provide further comments later.  However, traders need to ask themselves, if a deal is don’t, why are GBP pairs pulling back?  Does that mean the news is already priced into the market?  Watch for a “buy the rumor, sell the fact” trade today.