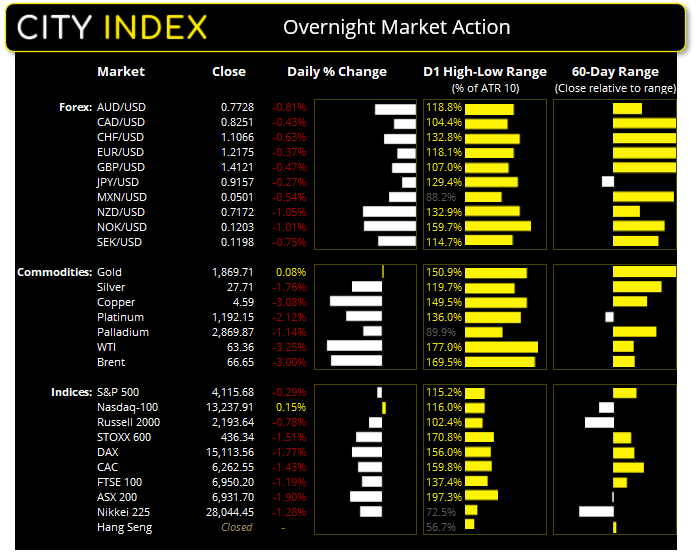 Learn how to trade indices

There was a hint that Fed members discussed the prospect of discussing tapering, yet as the meeting took place before April’s disappointing NFP report the comments are likely already outdated. "A number of participants suggested that if the economy continued to make rapid progress toward the Committee’s goals, it might be appropriate at some point in upcoming meetings to begin discussing a plan for adjusting the pace of asset purchases”. So, traders are now looking ahead to their next meeting in June where they’ll also provide revised economic forecast, dot plot and statement. But ultimately the fact that ‘participants agreed’ that economy is still far from the Fed’s goals takes precedence over any such taper tease. And, as widely telegraphed already, the Fed remain unconcerned with rising inflation.

Indices remained under pressure for a third session 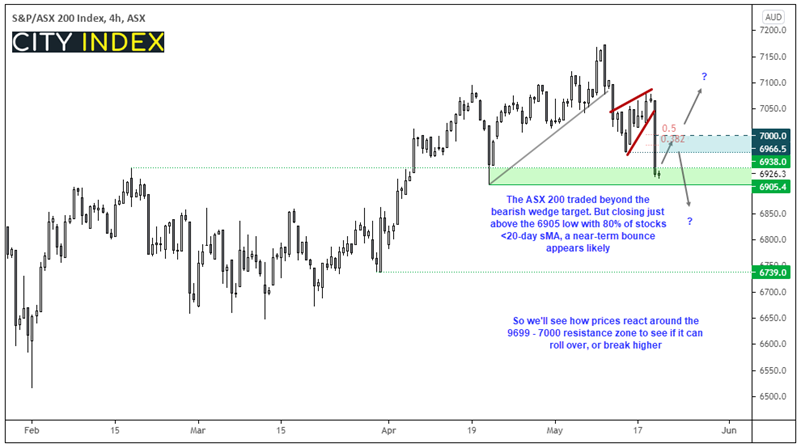 We were looking for shorting opportunities on the ASX during its three-day pullback and it certainly did not disappoint. The ASX 200 met and blew past our bearish wedge target, finding support just above the 6905 low. With 80% of stocks below their 20-day eMA it points towards a near-term sentiment extreme and minor bounce, and futures are pointing towards a higher open around 6935. But, given the strength of yesterday’s bearish bar, we are again on the lookout for another sign of weakness but this time between the 6966 – 7000 zone. A break above 7,000 invalidates the bearish bias.

Forex: The dollar catches a bid during risk-off trade 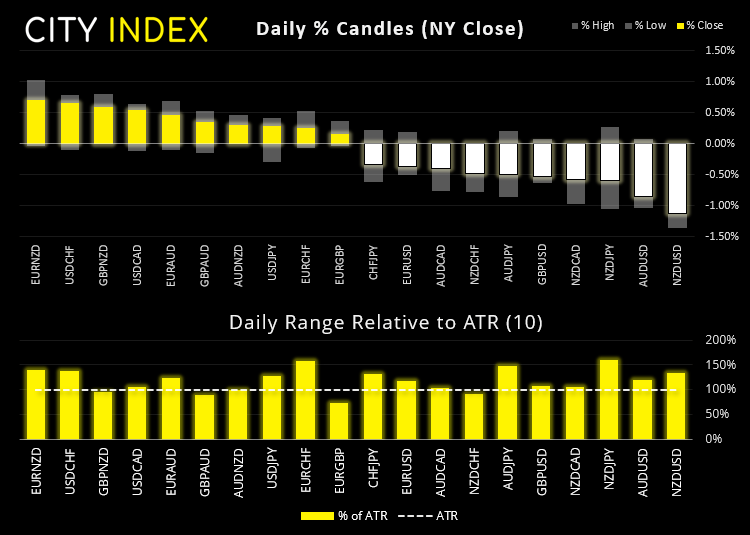 It was a volatile session for currencies, with 15 of the 28 pairs we track matching exceeding their 10-day ATR’s (average true range).

The US dollar was the strongest major and rose against all its peers during a risk-off session, allowing the US dollar index (DXY) bounce from 89.68 support (the February low) and printed a two-bar bullish reversal pattern (bullish piercing line). This is a scenario we had planned for from a technical perspective, but the tone of the session allowed it to materialise.

The Canadian dollar was not dragged lower thanks to a strong inflation report, which saw annual CPI rise at its fastest rate in ten years. Sure, the basing effect is still present in this month’s report but it did far exceed expectations regardless. CPI rose 3.4% (2.2% previously) and core CPI rose 2.3% (1.4% previously). CAD/CHF is yet to break beneath support to confirm a near-term top, yet a break beneath 0.7420 remains of interest from a technical perspective for bears.

Antipodeans currencies (AUD and NZD) were the weakest during a classic risk-off session, seeing NZD/USD, AUD/USD and NZD/JPY as the weakest pairs.

EUR/NZD was the strongest pair, and EUR/AUD broke above the resistance level highlighted in yesterday’s Asian Open report after enjoying its most bullish session in six and stopping just shy of our initial 1.5800 target. As prices spent most of the US session retracing, we are now looking for the 1.5700 breakout area to hold as support before its next leg higher.

Learn how to trade forex

Well, there was no major announcement of US rejoining the nuclear Iran deal as speculated by a Russian Ambassador. Yet it didn’t prevent oil from falling due to several drivers; broader risk-off sentiment, a stronger dollar, concerns of a potential Iran deal, falling demand from China and rising coronavirus cases in Asia.

WTI futures fell over -3% and to a three-week low before finding support at $62.00. Brent futures fell -3.25% and closed beneath trendline support on the daily chart.

It was a volatile yet, ultimately, directionless session for gold after a false break above 1875 resistance was quickly reversed and the day closed with a wide legged Rikshaw Man Doji. The stronger dollar certainly played its part but its failure to close above key resistance should warn bulls that a corrective phase could be due – just one day after Silver.

Silver’s bearish pinbar on Tuesday was confirmed with yesterday’s sell-off back towards 27.0. It remains within a bullish channel, in line with our core view, but we need to see volatility subside before reconsidering longs.

Up Next (Times in AEST) 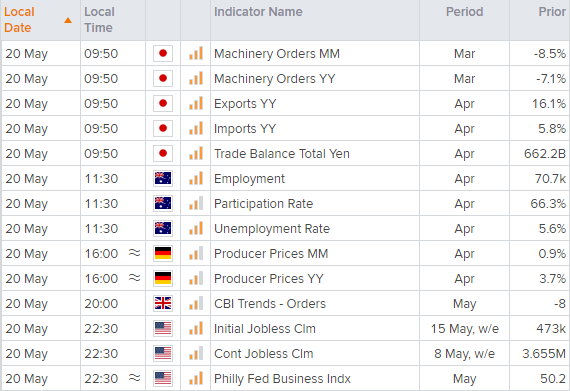