Trading on the FTSE finally kicked off almost two hours later than usual on Friday. The opening auction started at 09:20 with stocks opening for trading at 09:40, well after the standard 08:00am start in what was the longest glitch since 2011.

This is the second glitch in two years, the last one was a year ago and saw the FTSE open 1 hour late. There is no hiding from this one, the two-hour delay to open is an embarrassment for LSE and raises plenty of questions over the group’s technology. The timing is pretty horrendous for LSE too, just weeks after it sealed a deal to buy Refintiv, in its quest to become a global markets and information powerhouse. LSE’s reputation as one of the most reliable stock exchanges in Europe is starting to be questioned.


Stocks advance, safe havens decline
At least it was worth the wait and stocks moved higher picking the FTSE up off a 6-month nadir struck in the previous session. Risk appetite showed signs of improving despite no real fundamental change in events. Trump is easing his stance and China has hinted at stimulus to support its slowing economy; these factors combined have resulted in a cautiously risk-on climate for the last day of the trading week. Flows into riskier assets are on the increase whilst the safe haven gold is giving back some gains.


Protests for another weekend in Hong Kong?
Going into the weekend political unrest in Hong Kong remains a key theme for sentiment. The longer the protests go on for in the financial hub, the greater the expected impact. The GDP for Hong Kong has already been revised downwards to just 1% down from a previous estimate of 2% -3%. Stocks with dealing in Hong Kong such as HSBC and Standard Chartered have already expressed concern over the growing headwinds that the protests are creating. Another weekend of political unrest there could see these stocks open sharply lower on Monday. 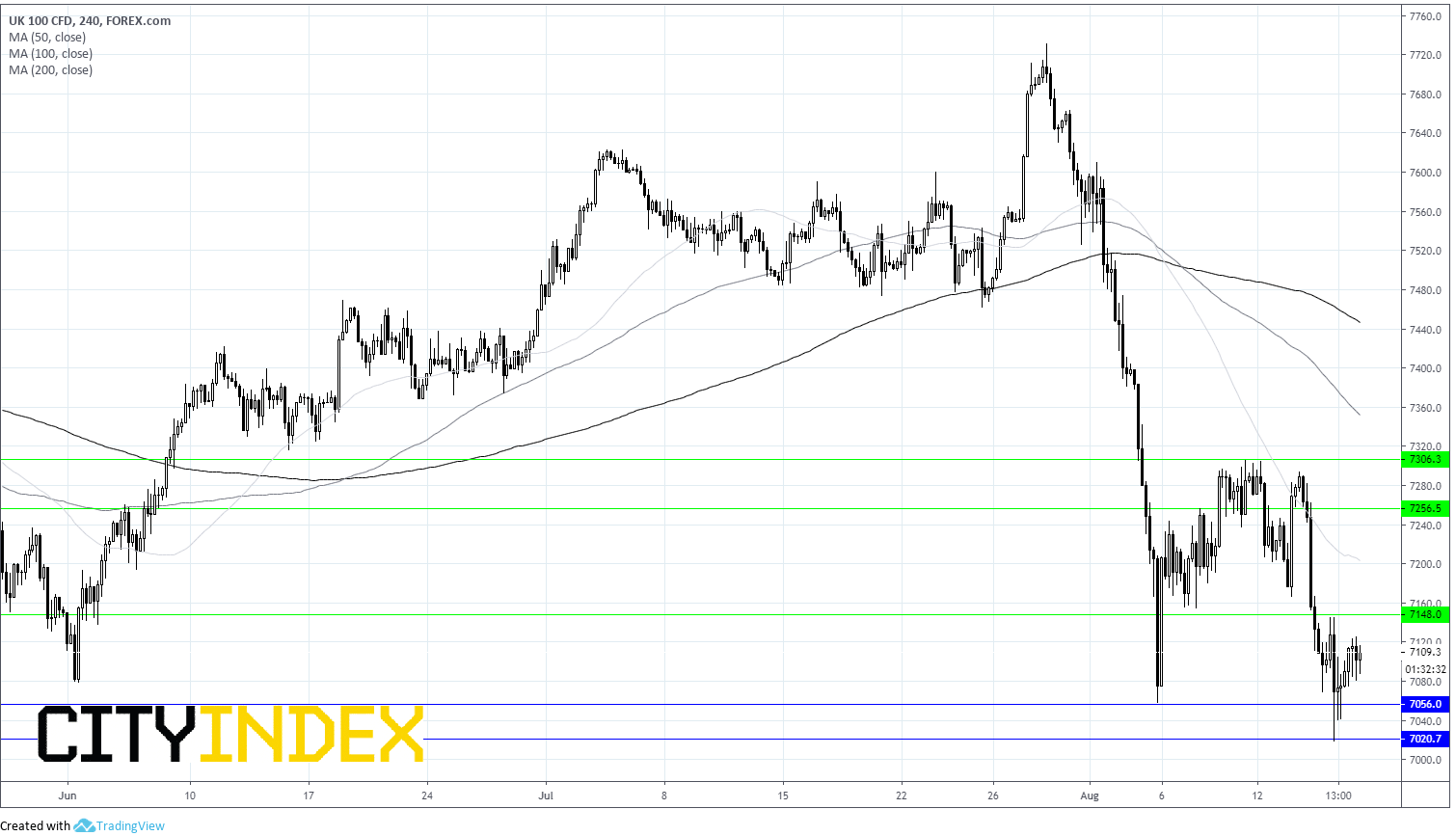