Brexit and “out of control” virus KO GBP/USD

A situation magnified over the weekend as countries including Germany, France, Spain, Italy, Belgium, and the Netherlands moved to ban travellers from the UK, currently struggling with a new strain of the virus the government has described as “out of control”.

In an attempt to stifle the virus, British Prime Minister Boris Johnson implemented a new stay at home order, preventing a third of England’s population from traveling for Christmas Day gatherings. A stunning backflip coming a week after Mr. Johnson declared it would be “inhuman” to “cancel Christmas”.

However, the UK is also fighting a fire on another front as the clock ticks down on the December 31st end date of the transition period to secure a Brexit deal. Talks are expected to continue this week to address the “significant differences” that remain, primarily around fishing rights.

As noted in last week’s article on GBP/USD here, there remains scope for a deal to be struck before the transition period expires as ongoing brinkmanship brings the two parties closer to an acceptable deal.

After the open this morning, GBP/USD sagged to be trading near 1.3340 at the time of writing, building on the rejection from last week's 1.3625 high and the strong band of resistance 1.3550 area.

Nonetheless, GBP/USD is ultimately favoured to break higher and a sustained break above last week’s 1.3625 high would be an initial indication a rally towards 1.4800/1.5000 has commenced. 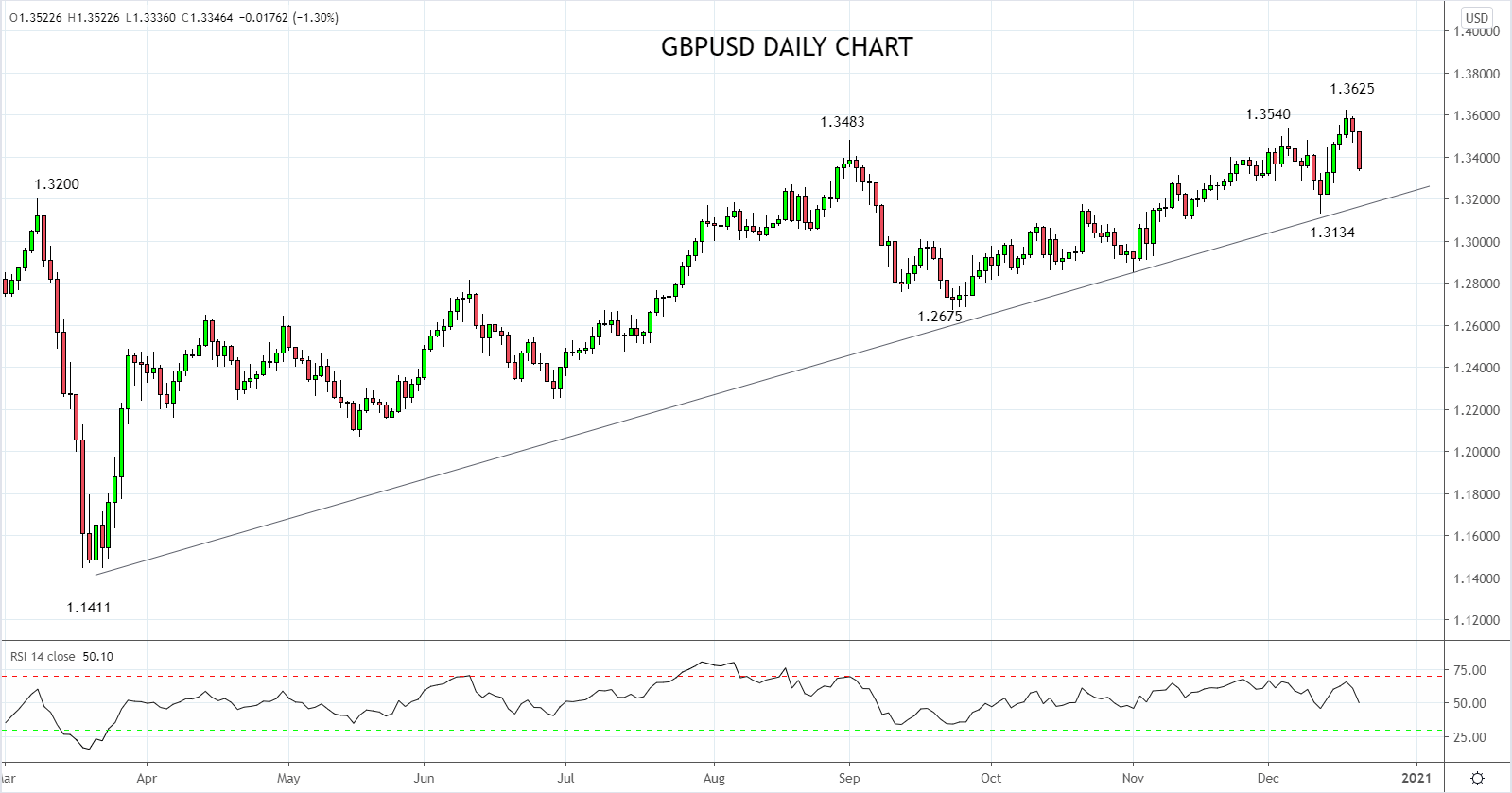 Source Tradingview. The figures stated areas of the 21st of December 2020. Past performance is not a reliable indicator of future performance.  This report does not contain and is not to be taken as containing any financial product advice or financial product recommendation