US banks Q3 earnings preview: High interest rates help, but is a recession around the corner?

As is the case every quarter, US banks kick of the Q3 2022 earnings season.  This begins on October 14th with JP Morgan Chase, Wells Fargo, Citigroup, and Morgan Stanley.  Bank of America reports its earnings on October 17th followed by Goldman Sachs on October 18th.

Year to date, almost all stocks have been taking it on the chin, including banks stocks, which are down roughly 26%! However, due to the surge in interest rates, the S&P 500 Banks Industry Group Index was only down nearly 6% for Q3, similar to that of the S&P 500 Index.  Surging inflation and rising interest rates have helped banks to keep themselves out of the basement in Q3.  However, can we say the same about Q4? 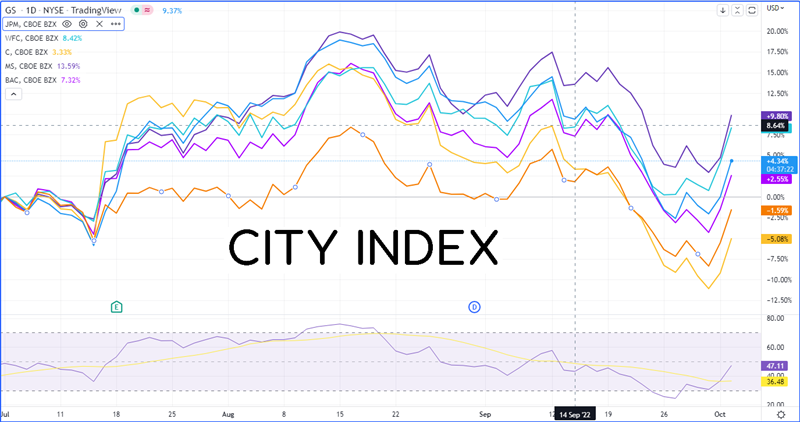 There are fears that the Fed can raise rates too high and can push the economy into a recession. If that is the case, it won’t be good for any stocks.  Banks will undoubtedly see less borrowing and therefore, will not receive as much interest.  This would be bad news for bank earnings.  An inverted yield curve has often acted as an early indicator that a recession is ahead.  Q3 began with the yield curve inverted and it continued in the same direction throughout the rest of the quarter.  Does that mean a recession is ahead?  Watch the guidance for recession concerns. 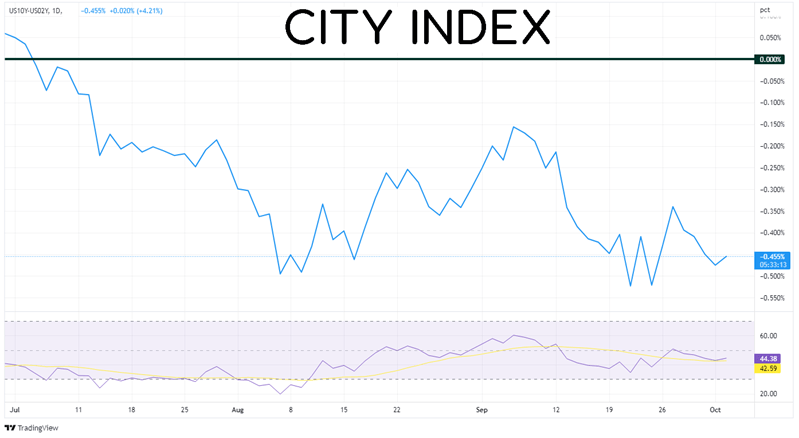 A rising tide lifts all boats is a phrase often heard on Wall Street, which means that if the general stock market moves higher, it’s likely to lift all stocks.  However, the reverse can also be said. If the stock market moves lower, it will likely drop all stock prices. Bank stocks are not immune to this.  Watch guidance for where banking firms think the market, and in particular the banking sector, may be headed next.

Although bank stocks have fallen throughout Q3, their earnings are likely to be strong given high inflation and higher interest rates.  Will this continue into Q4?  As long as the Fed keeps its foot on the gas, it will be good for bank stocks. However, if guidance shows that banks are worried about a possible recession moving forward, that could hurt stocks and hit their price in Q4.  Watch the guidance!