What lies ahead for the US dollar in 2021

This brings us to the subject of this week’s volatility in the US dollar and what lies ahead for the greenback in 2021.

Since November, the US dollar index, the DXY has fallen almost 5% from peak to trough and has proved to be one of those rare occasions when a widely held consensus trade in FX has done as expected, when expected.

This week, in response to ongoing Brexit anxieties, the emergence of a new UK strain of Covid19, and suggestions the $900bn US fiscal stimulus package was already priced into risk assets, traders have moved to reduce risk ahead of the illiquid Christmas holiday trading period. This has included booking profits on US dollar shorts.

Nonetheless, the subsequent rebound in the US dollar is not viewed as a change of trend. Instead, it is viewed as a correction and once the current correction is complete, the downtrend is expected to resume.

The decline will be a function of the US dollar's status as a “counter-cyclical” currency. This means as unprecedented fiscal and monetary stimulus supports global growth into 2021 and outlasts near term uncertainties, the US dollar is likely to decline.

Technically, the current rebound in the US dollar index is expected to encounter a wall of resistance between 91.25 and 91.75. If reached, these levels would be looked at closely for a selling opportunity, before a retest and break of the February 2018, 88.25 low.

Keeping in mind, only a sustained break above medium term resistance 92.00/20 would negate the downside risks and warrant a more neutral stance. 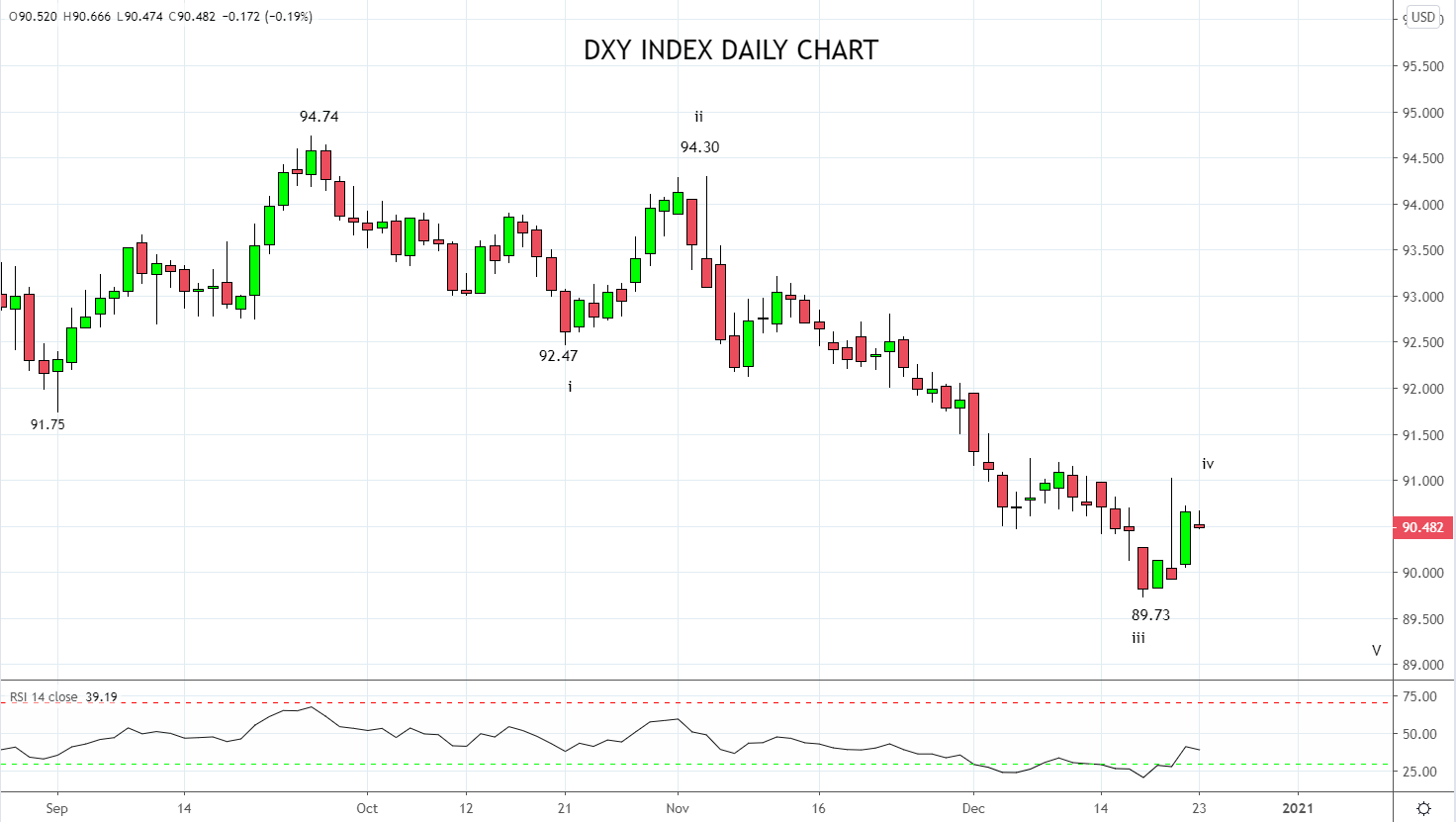 Source Tradingview. The figures stated areas of the 23rd of December 2020. Past performance is not a reliable indicator of future performance.  This report does not contain and is not to be taken as containing any financial product advice or financial product recommendation