Asian indices hold key support, but for how long?

The Hang Seng Index (HSI) has extended its decline to invalidate our previous bias (that the market was performing a multi-month reversal). Part of that original argument was based on bullish volume preceding prices, yet in the past two weeks we have now seen bearish volumes dominate as prices have fallen.

Of course, what has not helped is decline of Alibaba (BABA). The stock has continued to print new all-time lows on high volume following their profit warning last month. Whilst Tencent (the largest stock on the index) isn’t in freefall it is clearly lacking bullish interest overall and sits just above a 3-month low. And although investors dumped Alibaba for JD.com, it is hardly in a strong bullish trend of its own. Ultimately, the trop three stocks of the HIS are not ‘doing their bit’ to support the broader index, which has allowed the HSI to fall to its lowest level since September 2020. 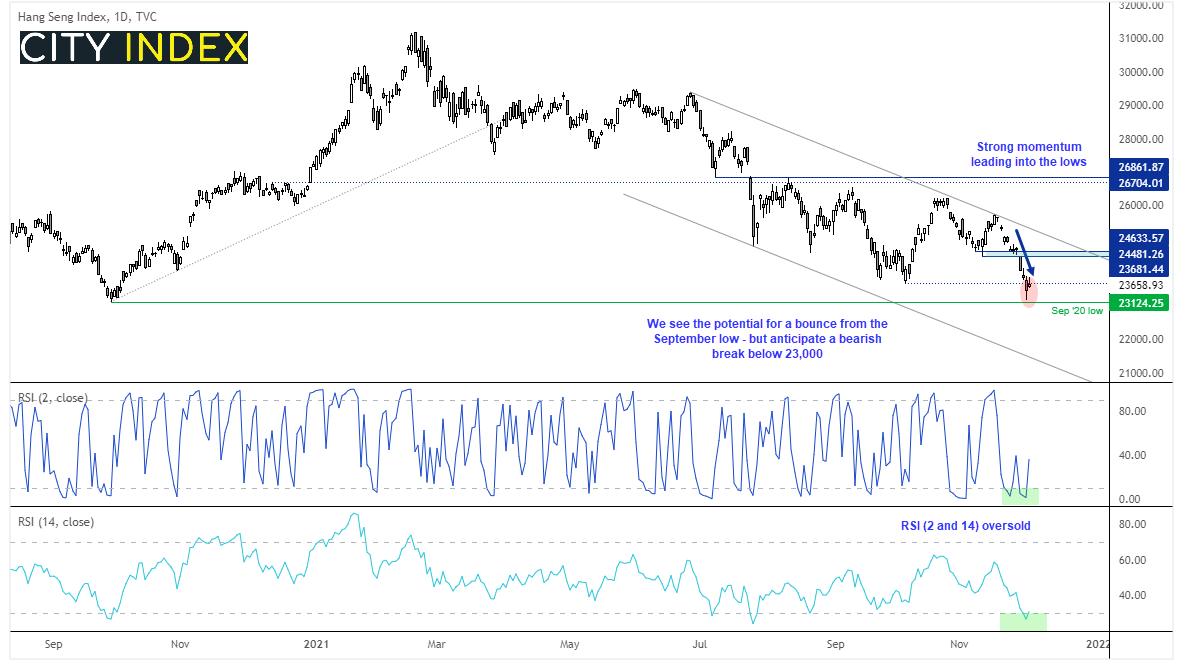 The HSI trades in a bearish channel on the daily chart and momentum leading into these lows has become increasingly bearish. Therefore the bias is now for an eventual break below 23,000. Yet the potential for a bounce from key support is also apparent, as the RSI (2) and RSI (14) both reached oversold levels and there has been little in the way of a pullback on the daily chart. 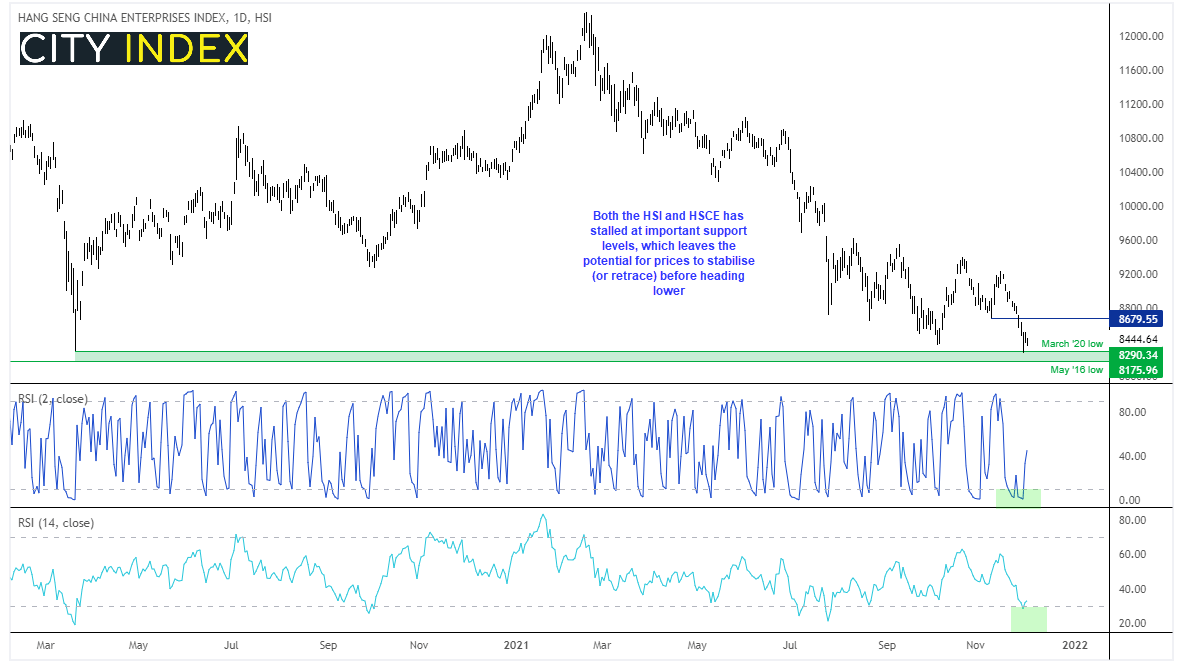 Furthermore, the Hang Seng China Enterprise Index (HSCE) has also stalled at a key support level at the same time as the Hang Seng. When you see multiple markets stall at such levels it can be an indication that traders may be about to book profits or simply switch direction over the near-term.

Plans are still on for Hong Kong to partially reopen with cross-border travel despite Omicron being detected. And if Beijing decides to step in and support the market, perhaps it can provide a more convincing bounce. But with the rapid rise of Covid in other parts of the world, it is hard to imagine we have seen ‘the’ low on these indices just yet. Especially when US markets are only beginning to accelerate their downwards trajectory. We therefore see any potential bounce as an opportunity for bears to enter at a more favourable price in anticipation of Asian indices eventually breaking down further. 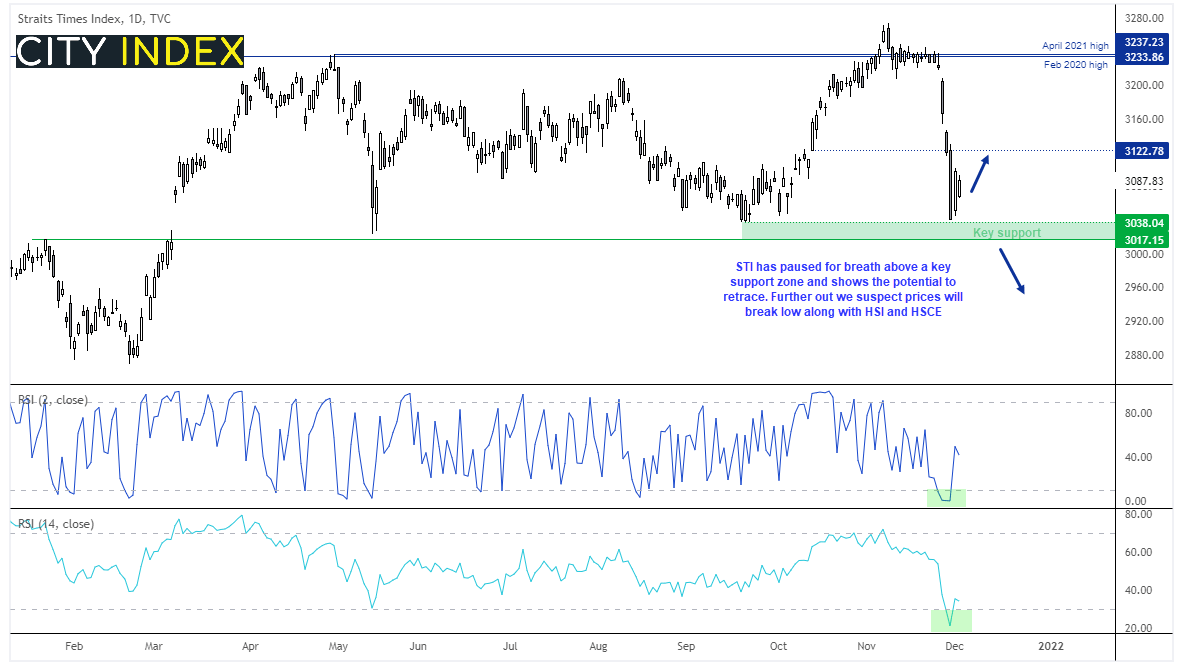 As for the STI, it has fallen over -6% since its false break above a yet resistance zone. The decline was in a fairly straight line and yesterday produced a bullish inside day above the September lows to show bearish momentum is waning. This, along with RSI 2 and 14 being oversold at the lows, echoes the clues left by HSI and HSCE. We therefor also suspect that the STI may be able to at least pause for breath, if not bounce form current levels before losses resume. And a likely driver of how high it bounces or how quickly it breaks key support is likely to be surrounding the developments of the Omicron variant.