Now that we’ve seen the styles of trading, let’s break it down into which strategies each type of trader would use. In this lesson, you’ll be able to see which strategy is more suited to your goals.

Trend trading is the strategy of identifying the direction of market movement and holding a trade until the tide turns.

Ever heard the saying ‘the trend is your friend’? Well, this is the basis of it.

In trend trading, you’d find an entry point as early in a trend as possible and take an exit after a certain level of profit has been achieved. A trend can be either bullish or bearish.

You wouldn’t take notice of retracements – temporary changes in direction – but you would close out a position if a complete reversal occurred and you started to take on too much loss.

Your trend trading strategy could have either technical or fundamental analysis at its heart.

For example, you might decide that Company ABC has been profitable for four quarters in a row, so believe its share price will continue rising while it achieves consistent returns. You’d hold your position until it consistently failed to do so – this could be months or years in the making.

Or, you might take a technical route, using indicators like moving averages and the Relative Strength Index to find entry and exit points. 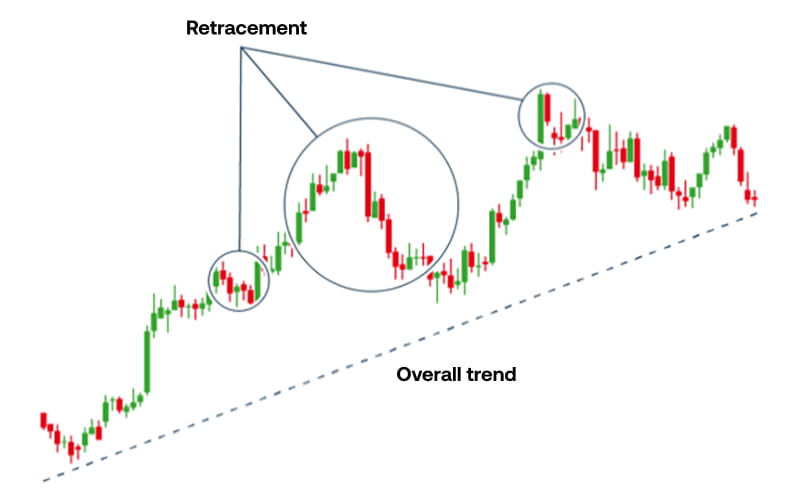 Trend trading is usually a medium- to long-term strategy, which makes it most popular among position or swing traders, who don’t mind letting a trade run for as long as it takes a move to finish.

As a relatively low-maintenance strategy, it’s used most by those who don’t want to spend all day on the markets.

Range trading is the strategy of finding entry and exit points within consolidating markets – that is, a market trading between lines of support and resistance.

A range trading strategy is based on technical indicators that provide overbought and oversold signals, giving guidance on when market sentiment might turn. The most commonly used tools are the Relative Strength Index (RSI) and stochastics.

It’s common to use limit entry and exit orders to automate this strategy, placing them around these price levels. Learn more about orders in our introduction to trading course. 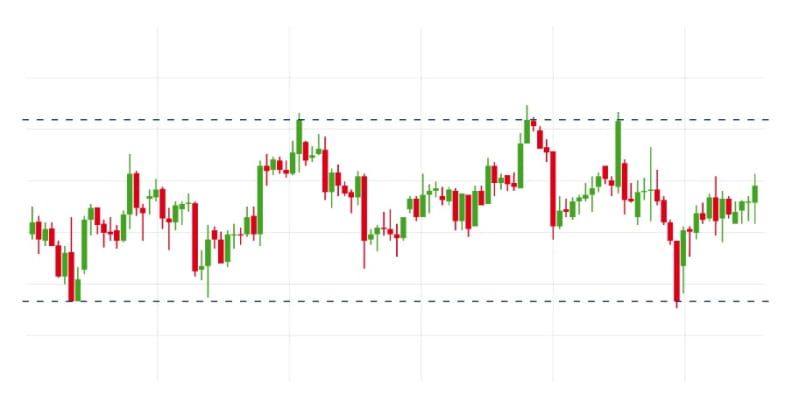 This strategy is most popular among those that subscribe to short-term styles such as scalping and day trading. That’s because it’s more focused on short-term profits taken from volatility rather than an overarching trend.

It’s also a common strategy for forex traders, who look to take advantage of the small and fast price changes in exchange rates.

A breakout trading strategy is the practice of entering a trend as early as possible, ready to take advantage of the bulk of the move.

Traders use support and resistance lines as their entry points for trades. The theory is that once a level is breached, the price will continue moving in that direction. It’s common to use stop-entry orders to do this automatically. 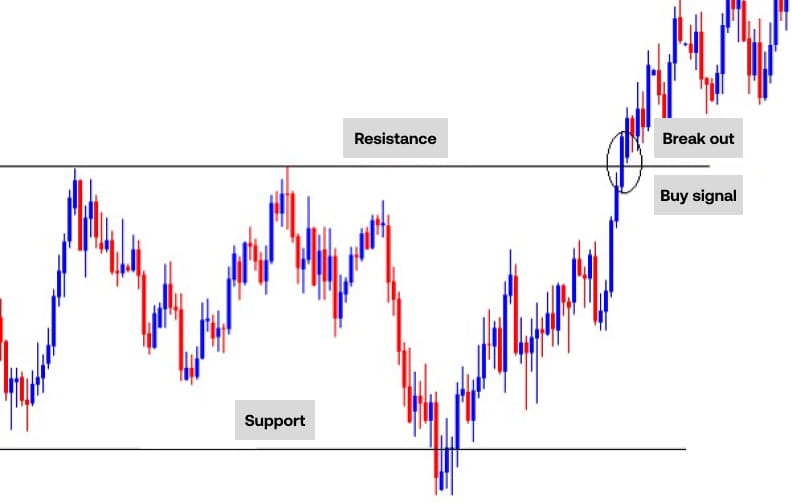 To find the best exit point for a breakout strategy, traders often use volume indicators. The volume of trade usually increases as a support or resistance level is broken and decreases as the trend loses strength.

This strategy is most commonly employed by day traders and swing traders, as it’s focused on short- to mid-term price moves.

End-of-day trading is the strategy of only opening positions just before the market closes for the evening. Don’t confuse it with day trading. In this strategy, you’re speculating on just the last few moments of price movement.

The reason this is popular is due to what’s known as ‘power hour’ – the idea that a vast number of trades occur during the final market hours, and the high volume can create opportunities.

Other than the timing, end-of-day trading isn’t all that different from another strategy. You’ll still need to identify buy and sell signals – whether that’s using technical or fundamentals is up to you.

Most traders that use this strategy are scalpers, looking to hold positions for incredibly short periods of time. However, some end-of-day traders might opt to leave their trades open overnight – taking this from a scalp or day trade to a swing or position trade.

It’s a popular strategy for those who don’t have much time to allocate toward trading – you’ll only need to be available when the market closes and when it opens (depending on whether you leave positions overnight).

Mean reversion is the theory that suggests that prices oscillate around a mean or average. So, after an asset’s price experiences extreme volatility, it will eventually return to that mean price.

A trading strategy that’s based on mean reversion will attempt to profit from swings in the market price, believing that the extreme price moves are difficult to maintain over time. They’re essentially taking a position in the expectation of a correction.

So, if a share price has a mean of £50 and suddenly rises to £70, mean reversion strategies would enter a short position to capitalise on a potential correction back to £50.

To calculate mean reversion, you take the average price over a given number of data points. On your trading chart, you can do this with a simple moving average (SMA). When the price breakouts out from a SMA, you’d assume it will eventually return to it.

If you choose to employ a mean reversion strategy, it’s important to note that the mean can change over time, so you’ll regularly need to update your data.

Mean reversion strategies are most common among swing traders, who look to pinpoint price highs and lows.

Practise building a trading strategy in a risk-free demo

Question {0} of {1}
You’ve identified a known level of support. You don’t think the market price will break below it so take a long position. What strategy are you using?
Correct Incorrect Try again Next question
Question {0} of {1}
Your style is swing trading, which strategy could you use?
Correct Incorrect Try again Next question
Completed
Well done, lesson completed! Take the quiz again or move to the next lesson.
Take the quiz again
Next question Try again