ECB Preview and implications for EUR

Seven years ago this week, Europe was deep within the darkest days of the European Sovereign Crisis. A crisis that threatened the existence of the single currency union, as debt-laden members were unable to repay or refinance their government debt or bail out their similarly indebted banks.

The conversation of traders each day revolved around soaring European bond yields and the peripheral European countries that might be forced to leave the union. As well as the possibility of European sovereign ratings downgrades and how much sovereign CDS (credit default swaps) needed to be held in portfolios to protect against the risk of either default by a European state, government or bank.

The man credited with ending the European Sovereign Crisis, ECB President Draghi with his “whatever it takes.” comment on July 26, 2012, will this week preside over one of his last ECB meetings before he hands over to Christine Lagarde in October. The meeting is expected to see the ECB reintroduce an easing bias ahead of a September interest rate cut and the possible resumption of quantitative easing (QE).

Despite already unleashing negative interest rates, 2.6 trillion euros of QE and long-term bank loans, inflation remains well below the ECB’s 2% inflation target. EU flash manufacturing PMI data for July due to be released on Wednesday evening is expected to print at 47.7, its sixth consecutive month below 50, the divide between economic contraction and expansion. 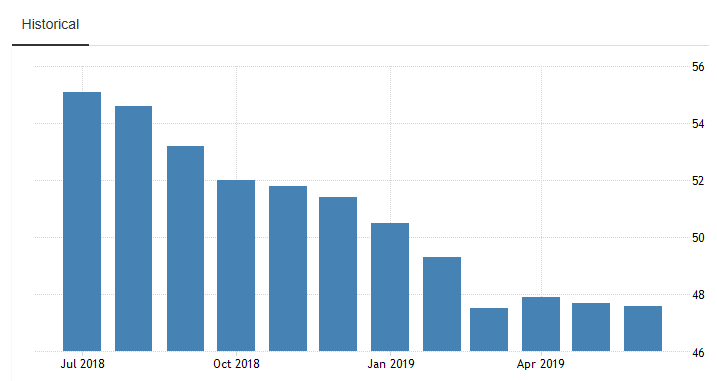 Exactly whether another round of QE and taking interest rates further into negative territory will help turn around European inflation and growth prospects, is doubtful. However, it is likely to result in the euro becoming an even more attractive proposition as a funding currency for FX carry trades.

In an article early last week, the possibility of a head and shoulders top in an FX carry trade, EURAUD was discussed https://www.cityindex.com.au/market-analysis/euraud-on-support-after-china-data/. The break and close below the neckline support 1.6020, following the Australian jobs report last Thursday confirmed the breakdown, and there is scope for the down move to continue towards the April low at 1.5683.

Based on the macro backdrop outlined above and the technical picture previously discussed, traders might like to consider selling EURAUD on bounces back to 1.5960/80. The stop loss should be placed above 1.6085, and the target is 1.5700/80. 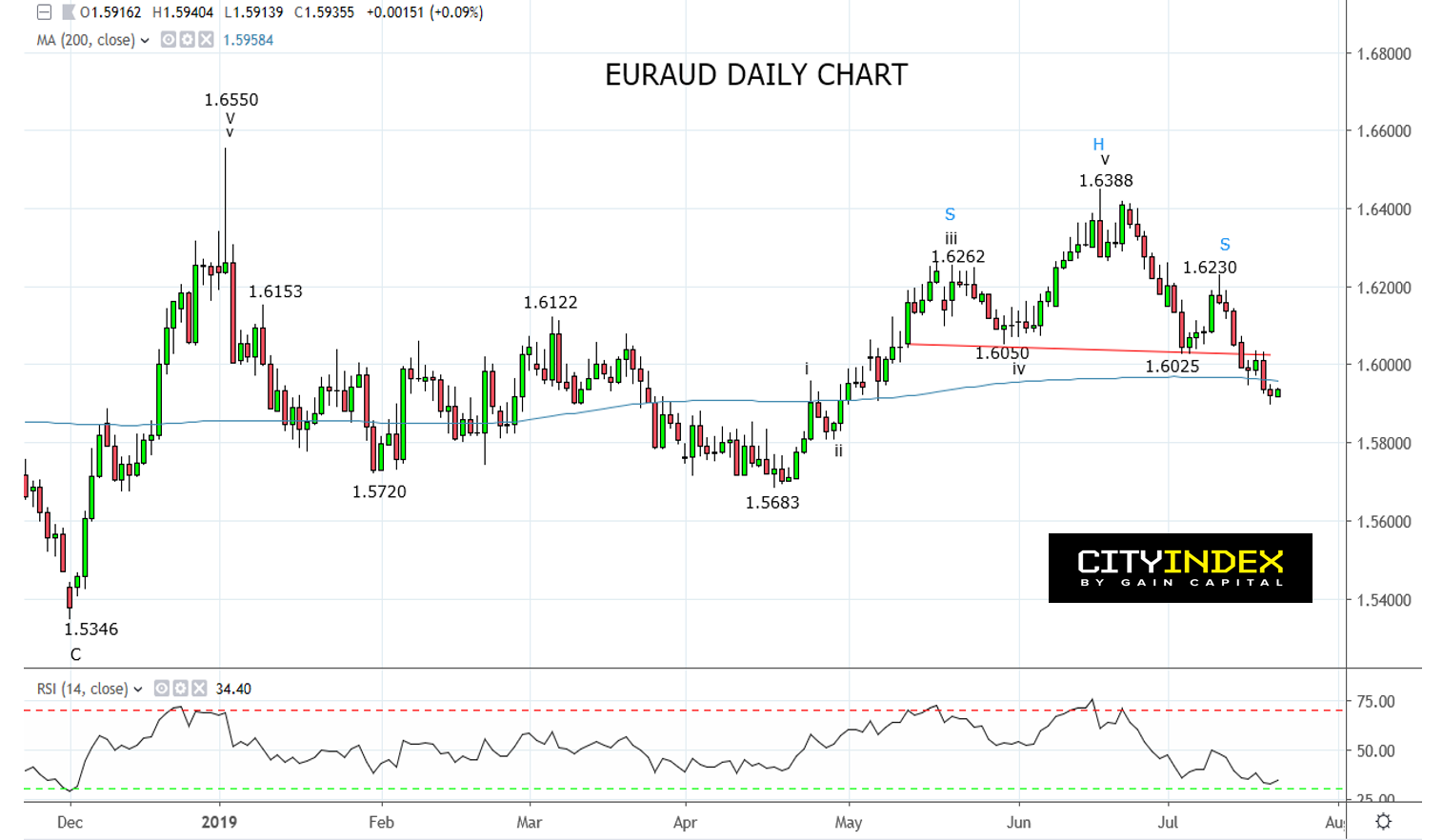 Source Tradingview. The figures stated are as of the 19th of July 2019. Past performance is not a reliable indicator of future performance.  This report does not contain and is not to be taken as containing any financial product advice or financial product recommendation