What is a SPAC and how does it work?

SPACs have become a more common way of going public – especially in the US – over the last couple of years. Discover everything you need to know about SPACs and how to trade them.

What is a SPAC?

A special purpose acquisition company, or SPAC, is a business that’s created with the sole purpose of merging with another company – the result of which is that the second company becomes publicly traded.

SPACs, also known as blank-cheque companies, have no commercial operations themselves. Instead, they list on stock exchanges and use the money raised to fund the takeover of another company.

They’re usually set up by investors that have a particular area of expertise and want to explore deals with companies in the sector. SPACs do not usually have precise targets but often focus on a particular industry and region.

How do SPACs work?

SPACs work simply to raise cash, buy an existing business and generate returns for everyone involved. A SPAC starts out as nothing more than a shell company with an idea. Let’s take a look at this process in more detail.

A SPAC will go public on a stock exchange, raising money from investors and institutions. At this stage, the SPAC still doesn’t do anything, but it now has a pool of cash that can be used to fund potential acquisitions. In the meantime, the cash is placed in an account to generate interest.

Although some SPACs come to market with a target in mind, it is rare that investors know what the SPAC is going to buy with the cash they invest at the time of the IPO. This means those that invest in a SPAC IPO are doing so with limited vision.

Some SPACs will move relatively swiftly, especially if the SPAC has already lined up a deal with a company. Others take longer because they choose to explore a wider range of deals or because deals unexpectedly collapse, forcing it to find another target.

SPACs ultimately have two years to complete an acquisition or they must be liquidated and return the funds they raised to investors. This partly explains why investors are willing to gamble on a SPAC IPO as the cash invested is safe if things don’t go to plan.

Those that invested in the SPAC before the acquisition now own shares in the target company, which can use the money raised by the SPAC to fund its growth ambitions.

One of the most important things to consider when a SPAC agrees to buy a business is who will be running everything after the deal is completed. Sometimes, the investors and sponsors may buy the business and decide to run it themselves or under new management, while others allow founders or management with experience running the actual business to stay on.

How to trade a SPAC stock

You can trade a SPAC stock before and after it merges with its target company, as the blank-cheque firm itself is already publicly traded.

With us, you can speculate on whether the SPAC stock will rise or fall in value via spread bets or CFDs. You’d go long if you thought that the price would rise, and short if you thought they were overpriced and would fall.

Start trading shares with City Index in these easy steps:

Alternatively, you can practise trading first in a risk-free demo account.

There are several reasons why companies decide to sell to SPACs rather than pursuing a traditional IPO.

Learn about IPOs and how they work.

A number of well-known businesses have used SPACs as a way of going public and avoiding the usual IPO process. Three of the most notable are:

Virgin Galactic went public in 2019 by merging with a SPAC called Social Capital Hedosophia, which had raised around $700 million when it joined the market in 2017. That allowed Virgin Galactic to secure the funds it needed to grow, boosted by a further $100 million from the SPAC’s chief executive, and provided a way for more investors to access its shares.

It started out life as a publicly-traded business with an enterprise valuation of around $1.5 billion and has seen that rise significantly since.

Nikola went public in 2020 by merging with SPAC VectoIQ Acquisition, which had raised $200 million through its IPO in 2018. The SPAC was created by former executives from General Motors, so that gave a good indication that they would pursue something in the automotive space.

The deal valued Nikola at an enterprise value of around $3.3 billion. It injected the $200 million plus interest from the SPAC’s IPO proceeds and also raised further funds from a private placing.

Online car retailer Cazoo listed on the NYSE via a SPAC deal with Ajax I – a company focused on internet, software, financial technology or consumer sectors – in August 2021. Its Class A ordinary shares started trading under the new ticker symbol ‘CZOO’. Cazoo raised over $1 billion before expenses from the transaction, valuing the firm at $8 billion.

Why did SPACs surge in popularity?

SPACs have been around for decades but rose to popularity in the last couple of years as they became a viable alternative for companies seeking to go public. In 2020 alone, 248 companies listed in the US via a SPAC, raising over $83 billion.

There are several reasons why SPACs did become more popular. Firstly, more SPACs are managing to acquire a business. Figures from McKinsey suggest over 90% of SPACs have gone on to complete a merger after listing since 2015, whereas before that the figure was closer to 80% and more SPACs had to be liquidated.

Secondly, SPACs have grown in size over recent years from an average of just $200 million in 2016 to $400 million in 2020. This is because they are being established by more high-profile investors and experienced executives, which helps them to drum up interest from markets and improve the chances of deals being completed.

However, due to market volatility in 2022, the number of SPAC deals reaching completion declined massively – as did the number of more traditional listings. This meant we began seeing an increasing number of failed deals, or delays to listings.

Is there a UK SPAC market?

The UK SPAC market is far smaller than the US market due to higher regulations set out by the Financial Conduct Authority (FCA). In March 2021, the FCA announced it would be updating its rules to strengthen the UK’s position as a financial centre and encourage SPACs to list. However, it’s been made clear that the regulatory body will continue to prioritise shareholder safety and best practise for listing companies.

This comes just as the US Securities Exchange Commission is starting to intervene in the SPAC market in order to protect investors. 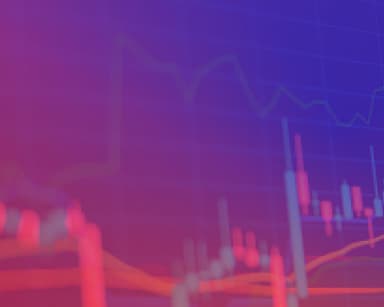 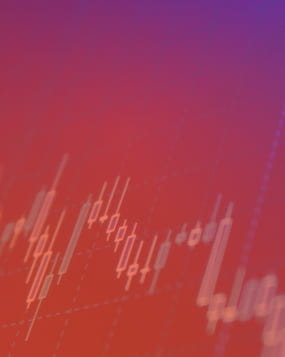 Tools and insight
From personalised Performance Analytics to AI-powered SMART Signals, you have a wealth of exclusive tools at your disposal to maximise your trading potential.
Our tools

What does SPAC stand for?

SPAC stands for special purpose acquisition company, which is the name given to companies that only exist to acquire other firms. The SPAC itself has no commercial purposes and only raises money through investment.

What is a SPAC IPO price?

Most SPAC IPO shares are priced at $10 but come with a warrant option – an additional share – that can be bought after merger, usually for $11.50. The shares and warrants trade separately under different tickers.

What happens to the SPAC share price after the merger?

After the merger is completed, the SPAC starts trading under the new company’s ticker. The SPAC share price will rise and fall with demand for the new company, not the SPAC.

Both before and after the SPAC deal closes, SPAC shares can fall below their $10 listing price. This can happen for several reasons, such as investors wanting quick cash or delays in the SPAC deal have created early selling pressures.

Yes, shares in a SPAC generally automatically convert into common shares of the new company at the completion of the deal. SPAC sponsors and initial investors who have a stake in the founder shares will still hold the same number of shares, although the voting rights can change. What happens if a SPAC fails?

If a SPAC fails to merge with a target company, they must be liquidated and return the funds they raised to investors. This can happen if either company decides to pull out of the deal. For example, if the SPAC investors don’t approve the merger.