Progress to certificate:
0%
0 out of 7 lessons completed

Now let’s cover the markets that track the prices of a group of shares: stock indices.

Let's take the Dow Jones as an example.

If the US economy is booming, it's likely these major companies will also be performing well. This is because typical characteristics of a strong economy - such as positive consumer sentiment, high spending and strong GDP output - will also benefit stocks within that economy. So people look at the Dow Jones for a quick snapshot of how the US economy performing.

There's a key difference between stock exchanges and stock indices. A stock exchange is where shares are bought and sold, with potentially thousands of markets. Meanwhile, a stock index is a chosen selection of companies within a stock market that are banded together.

Price weighting is where stocks with a higher share price will have more impact on an index than those with a lower share price, regardless of how many shares are available. Very few indices use a price weighting methodology, with one notable exception: the Dow Jones Industrial Average.

However, some indices are far more subjective. For example, the components of the S&P 500 are selected by a committee. Certain eligibility criteria exist, such as needing a minimum market cap of $13.1 billion and a monthly trading volume of at least 250,000 shares, but a stock isn't automatically listed just by hitting these milestones.

What are the major stock indices? 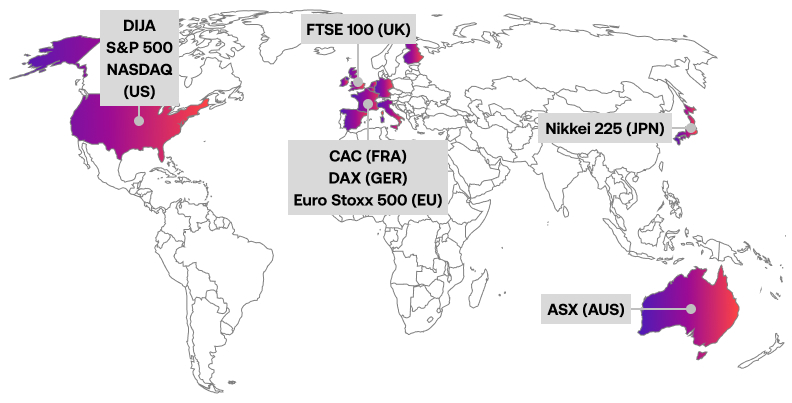 The S&P 500, short for 'Standard and Poor's 500' is an index that lists 500 of the largest companies listed in the US. This covers approximately 80% of the total stock equity in the entire US economy, which is why some people believe the S&P 500 to be the most accurate index to measure US economic performance.

Indices will usually only include the biggest companies in an economy. If a company stumbles and is no longer among the top performers, it will often be removed from its index. Because of this, the long-term trend for almost every index is upwards, which is why many investors choose to hold stocks for long periods. 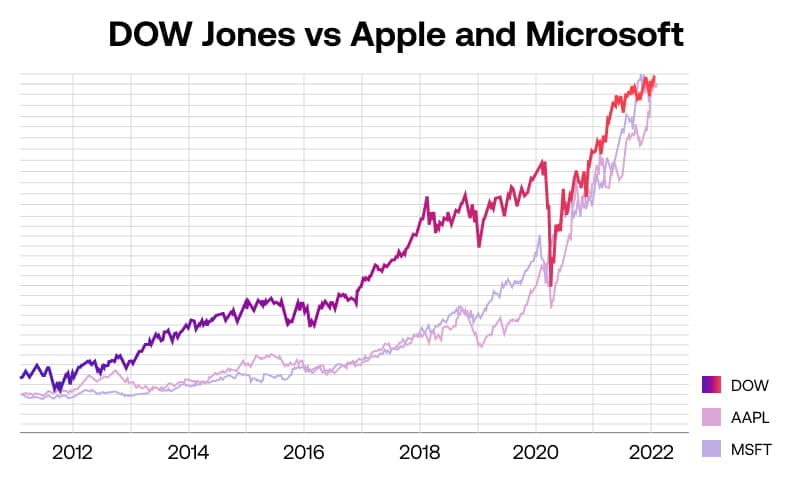 Question {0} of {1}
The UK Prime Minister announces tighter regulations for British businesses, causing their share prices to fall. What might happen to the FTSE 100?
Correct Incorrect Try again Next question
Question {0} of {1}
If a stock index adds extra weight to companies with a higher total market value, is it:
Correct Incorrect Try again Next question
Completed
Well done, lesson completed! Take the quiz again or move to the next lesson.
Take the quiz again
Next question Try again

Commitment of traders report (COT): Copper investors run to the exit
Article
If copper truly is a barometer of economic health, then it is worth noting that large speculators were their most bearish on copper futures since March 2020 last week.

Commitment of traders report (COT): Copper investors run to the exit
Article
If copper truly is a barometer of economic health, then it is worth noting that large speculators were their most bearish on copper futures since March 2020 last week.