Why gold has underperformed this week

We listed the reasons behind this as being partly due to consistent selling of JPY by Japanese trust accounts, a break of a significant technical level in USDJPY (110.30) and a function of positioning with both longer and short term accounts long JPY. The positioning factor is a reason that helps explains why gold has not done as well as might have been expected over the past 24 hours.

As can be viewed on the chart below, the last update from on the Commitment of Trader (COT) data shows speculative accounts increased gold longs to record levels in February in response to Covid-19 and falling interest rates. When positioning becomes too crowded in markets it is a warning that the market is overbought and prone to a correction.

A second reason why gold may have underperformed over the past 24 hours is after this week’s sharp fall in equities, some funds are likely to have suffered losses on their equity books. As such, they may have moved to take profit on their winning trades e.g. long gold and silver to pay for their losses elsewhere.

There is an additional aspect to this whereby funds traders have firm limits in place as measured by Value at Risk (VAR). Put simply VAR rises when volatility rises and if funds are already close to their VAR limit, they will need to cut positions to offset a sudden rise in volatility like we have seen this week.

This can lead to the type of de-risking or position wash that occurred in gold over the past 24 hours and for the patient trader, an opportunity to buy gold at better levels. 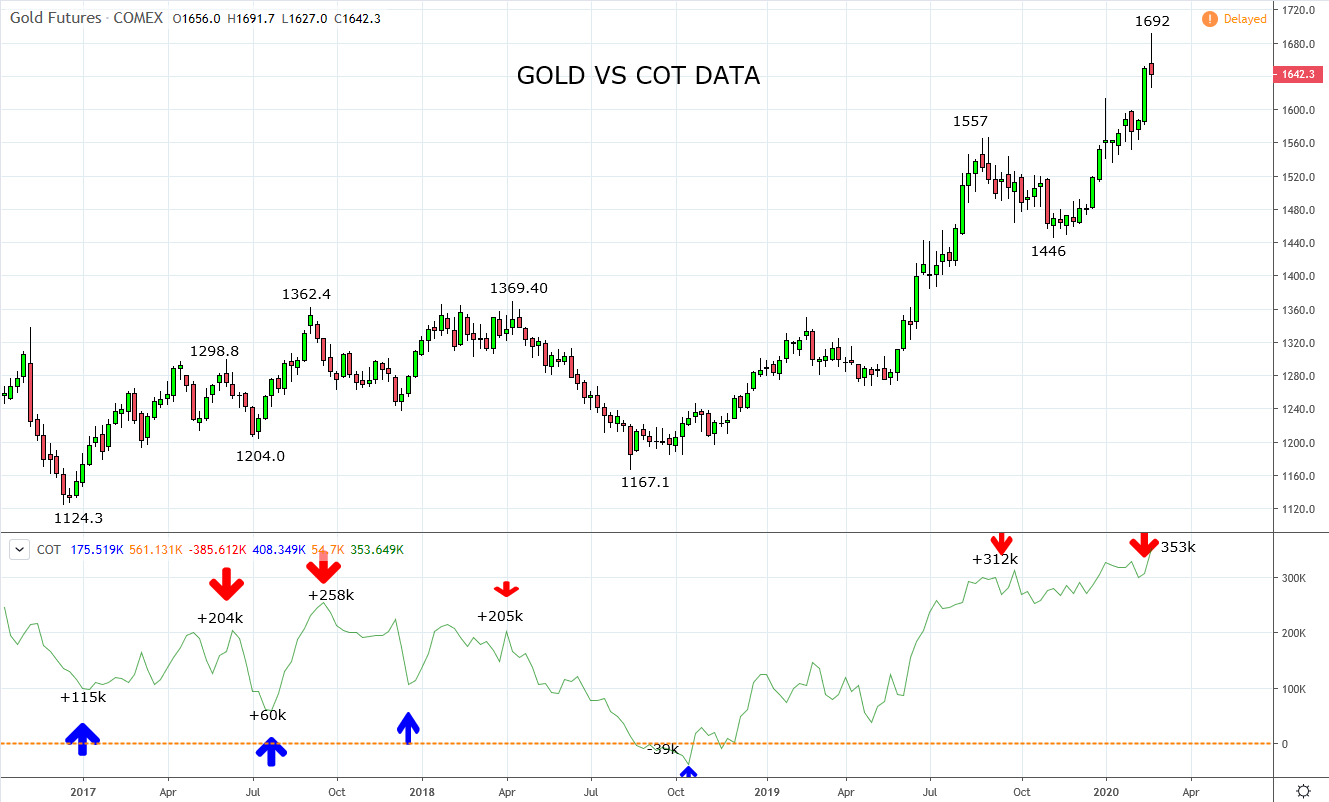 Source Tradingview. The figures stated areas of the 26th of February 2020. Past performance is not a reliable indicator of future performance.  This report does not contain and is not to be taken as containing any financial product advice or financial product recommendation