Read our guide on how to interpret the weekly COT report

As of Tuesday 19th November: 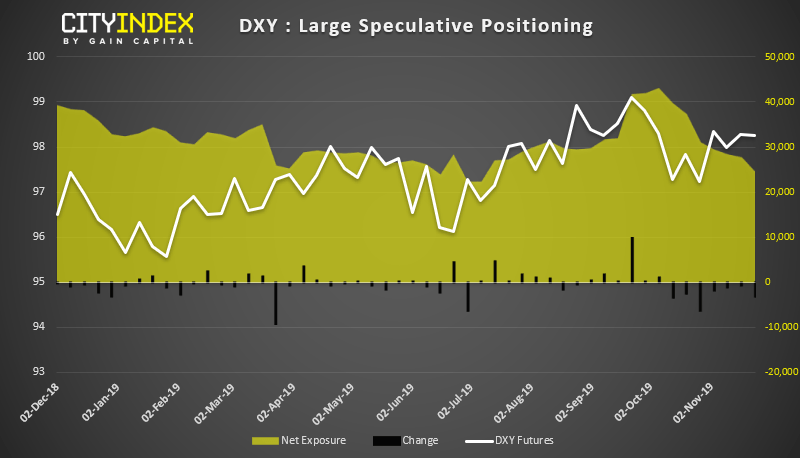 DXY: Net-long exposure for the dollar index fell to a 20-week low, making it the 7th consecutive week of reduced long-exposure. Yet prices remain supported, so there’s clearly a divergence between large speculators and the broader market. This means on of the two groups is wrong and will no doubt be caught on the wrong side of a trade. Technically, a swing low has formed at 97.68 which was reaffirmed with Friday’s 0.3% rally. So DXY is on track to follow its seasonal tendency to finish higher for the month, but we’re also keeping in mind December tends to be bearish for the buck. So perhaps upside could be limited. 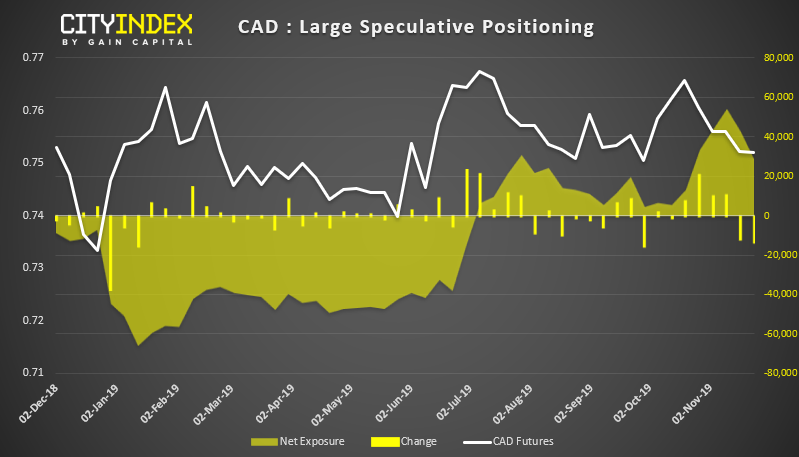 CAD: Large speculators reduced long exposure for a 2nd consecutive week, and that was a day before BOC’s Deputy Governor weakened the Canadian dollar with dovish remarks. Still, As Mark Carney later made a neutral stance regarding policy, CPI data came in as expected and retail sales surprised to the upside, CAD bulls were able to pare losses by the end of the week. As it stands, CAD remain net-long and we’re approaching December, a month which is typically bearish for USD, which could help support CAD if domestic data goes the right way. 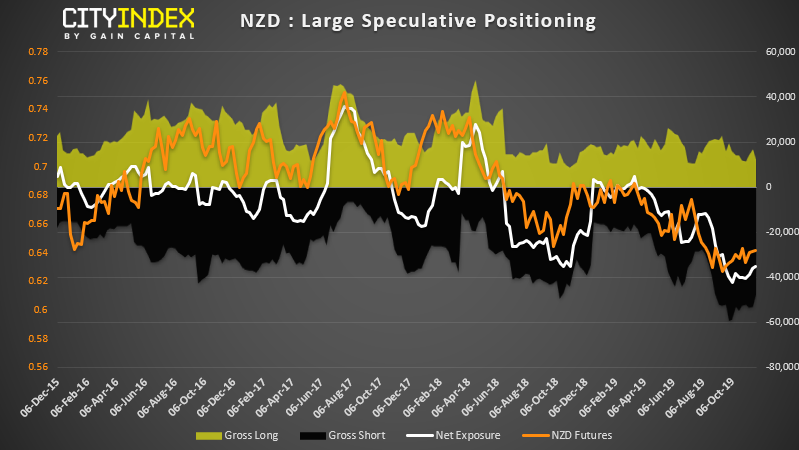 NZD: Gross shorts were closed at their fastest rate in 3-months ahead of RBNZ’s meeting, where they opted to hold rates. As net-short exposure is still near historical levels, we remain on high alert for capitulation from the lows and for NZD to strengthen. Yet the vital ingredient that is missing is long interest. Whilst short-covering ticks one box, we’d like to see long interest pick up to confirm our view that a reversal could be underway.

As of Tuesday 19th November: 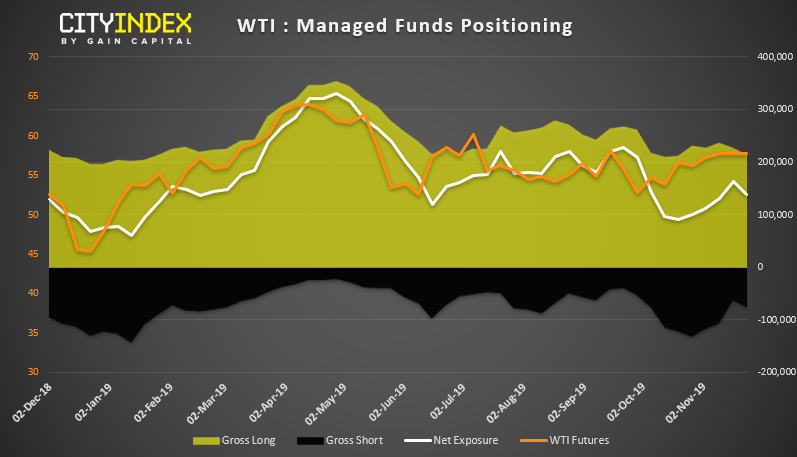 WTI: Large speculators were their most bullish on WTI in 5-months. Yet its worth noting that they’re in disagreement with managed funds, where net-long exposure was reduced for the first time in 5-weeks. Shedding -25.45k contracts form net-long exposure, it was the largest change in 6-weeks and fuelled by a closure of gross longs and gross shorts. We’ll need to wait to see which group of traders is correct, but ideally we’d prefer to see them in agreement before being more confident in their positioning.

Technically, WTI sold off from 58.77 resistance on Friday which leaves potential for a near-term top. Ultimately, 58 could prove to be a pivotal level for bulls and bears to plan their traders around. 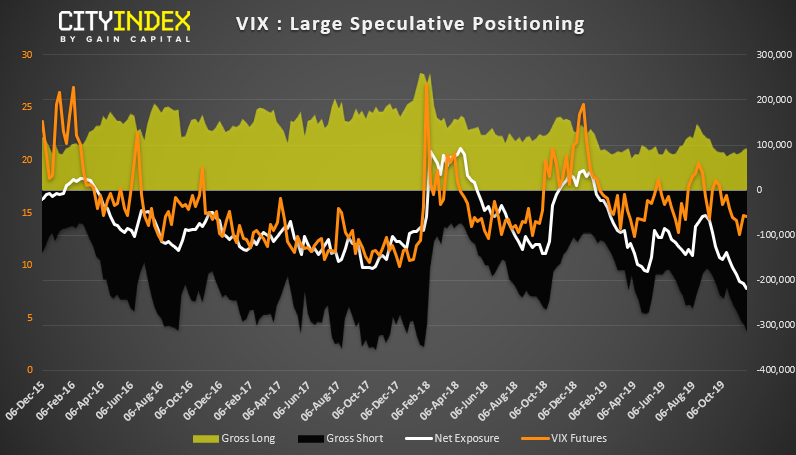 VIX: Net-short exposure on VIX hit a fresh record, which raises the potential for volatility to spike as we head into December. Looking at data over the past 30-years shows that November is typically a month of low volatility, losing -4.2% on average and closing lower 65.2% of the time. December has an average return of +1.3% and closes higher 51.7% of the time which is not a compelling enough reason to assume Armageddon next month, but with traders currently short volatility at record levels, it could pay to be nimble.