Week Ahead: Will there be more Middle East drama?

After a turbulent start to 2020 with a sharp escalation in US-Iran tensions, things calmed down from the middle of the week. Oil prices, which had spiked sharply higher, fell even more sharply as investors remembered increasing non-OPEC oil output - and not to forget the willingness from other OPEC members to step up - would more than offset any potential supply disruptions in Iran or Iraq. Gold, silver and yen also gave back some of their gains as demand for safe haven assets fell, which helped to fuel the ongoing rally on Wall Street where the major indices hit fresh record highs.

Going into the weekend, some market participants will be wondering whether more Middle East drama will unfold over the next couple of days, and if so, what might that mean for their open positions. Thus, it is reasonable to expect some profit-taking of risky positions such as stocks later on today - and possibly the opening of few opportunistic long positions in crude oil and gold, in case you-know-what hits the fan again.

If tensions escalate again over the weekend, then expect the markets to again open with big gaps - especially for crude oil and gold. Otherwise, the start of next week could be a continuation of this: risk ON. If that’s the case then expect things like copper and the FTSE 100 to rally, for the reasons we have discussed HERE and HERE. 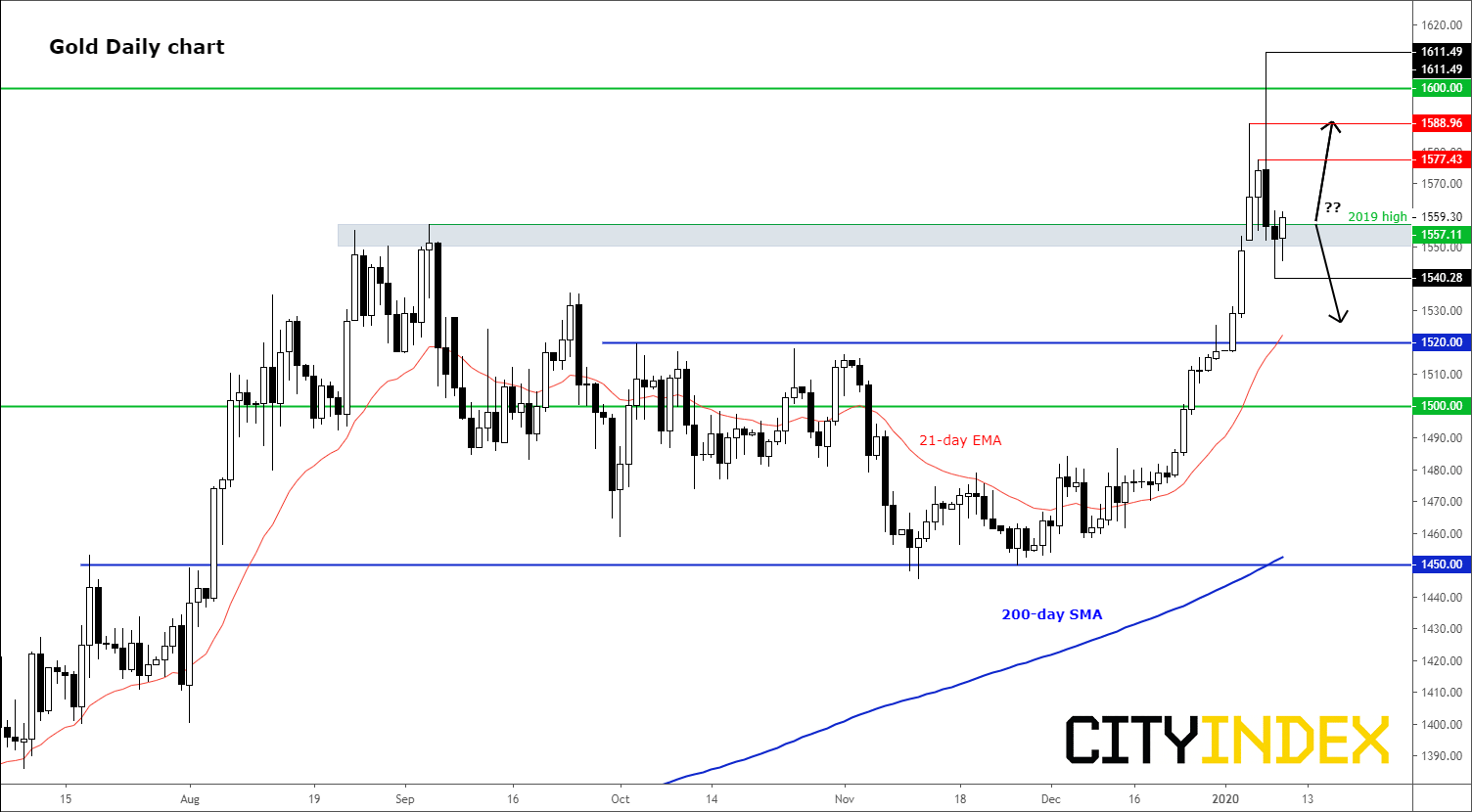 Our featured chart to watch for the week ahead is that of gold. The yellow metal broke last year’s high and key resistance at $1555/57, and investors will be looking to see what happens next. If the precious metal holds above this area then more gains should be expected, especially in light of Friday’s disappointing US jobs report and ongoing central bank support with interest rates and yields being depressed. However, a clean break back below this level would be bearish in the near-term outlook.

Week Ahead: Fallout from BOE and NFP; Focus on CPI
By:
Joe Perry CMT

Earnings This Week: Disney, Coinbase and Rivian
By:
Joshua Warner