Wall Street looks past weak economic data, PMI’s up next

Employment in the US is arguably the last shoe to drop before the Fed are likely to concede the economy is not as robust as it is touting. Afterall, the economy continues to add around 370k jobs each month according to the NFP report (Nonfarm payroll), even if this is around 50% lower from its post-pandemic highs. But I continue to argue that NFP is a lagging indicator, and other metrics are pointing towards a weaker NFP report in the coming months.

Jobless claims are on the rise

Initial jobless claims rose to a quarter of a million last week for the first time since November 2021. It’s the third consecutive weekly rise (or 4 out of 5) and has risen at a faster pace. We also note that the employment component of the Philadelphia Business Activity Index fell to its lowest level since May 2021. And as mentioned in the previous report, job openings appear to have topped and layoffs are on the rise.

for the Philly Fed index, it also points to further weakness in general with the Business Activity index and new orders falling to a new post-pandemic low. But perhaps more worryingly, the outlook has fallen to it most dire level since 1979. Take a look at our twitter thread for a closer look at some of these charts, but overall the picture is grim ahead of today’s national PMI data.

But on a positive sidenote, prices paid have fallen to their lowest level since January 2021, which is yet another metric which points to softer inflation. 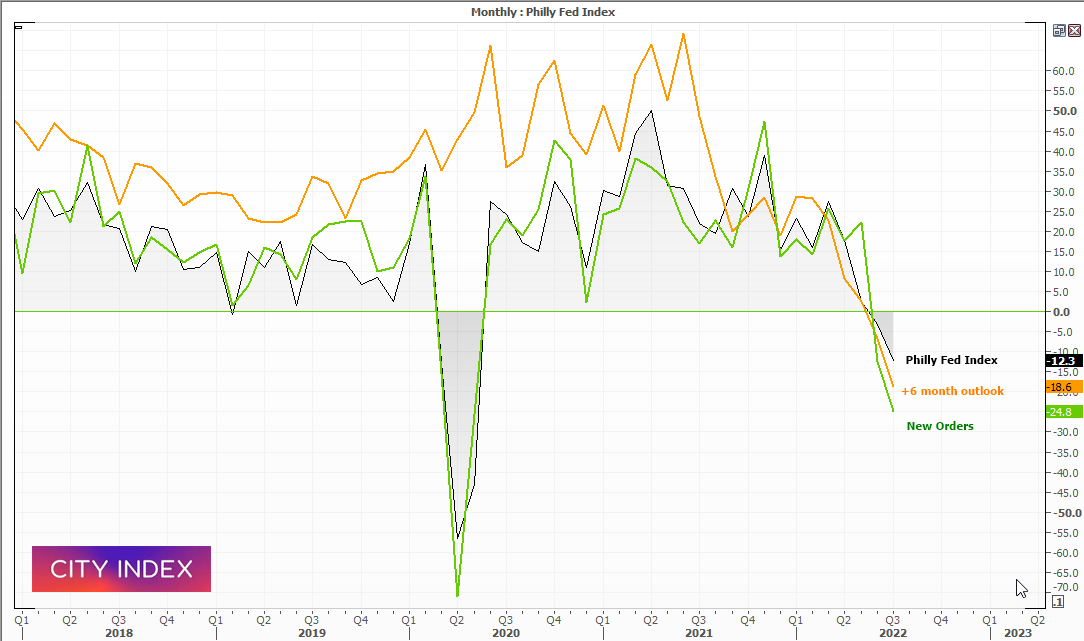 US indices look set to extend their countertrend rally

Shares markets are currently enjoying a countertrend rally, partly thanks to stronger earnings, weaker data (which anticipates fewer Fed hikes) and – let’s face it – every downtrend needs a retracement. And that leaves potential longs looking more appealing over the near-term for the Dow Jones and S&P 500.

The Dow formed a higher low last week, and since broken above a bearish trendline. Wednesday’s strong bullish candle closed above the monthly pivot and previous swing high, and yesterday formed a small bullish engulfing candle, and its low respected a prior high as support. So perhaps we’ll see this move to the 33,000 resistance zone, for which our bias remains bullish above the monthly pivot point – or yesterday’s low could be used for tighter risk management. 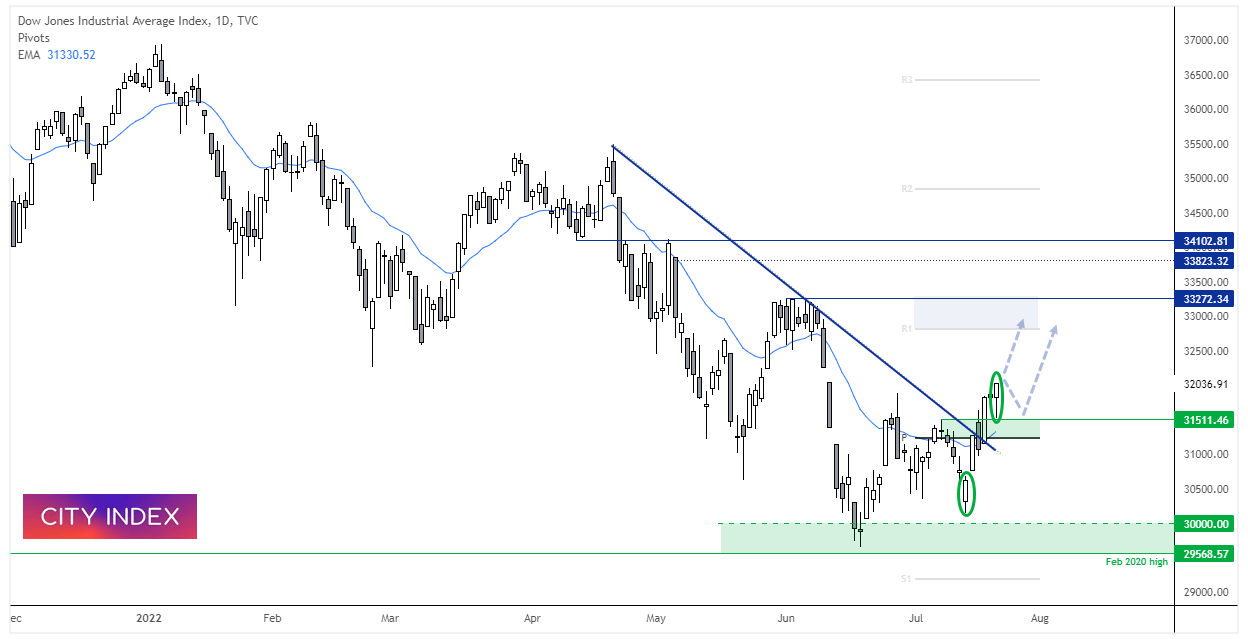 The S&P 500 made easy work of the bearish trendline mentioned earlier this week – and moved promptly to the bear’s next line of defence at 4,000. Given it closed at the high of the day of a bullish engulfing candle, just below 4,000 – with Dow also looking bullish – odds now favour a breakout here too. 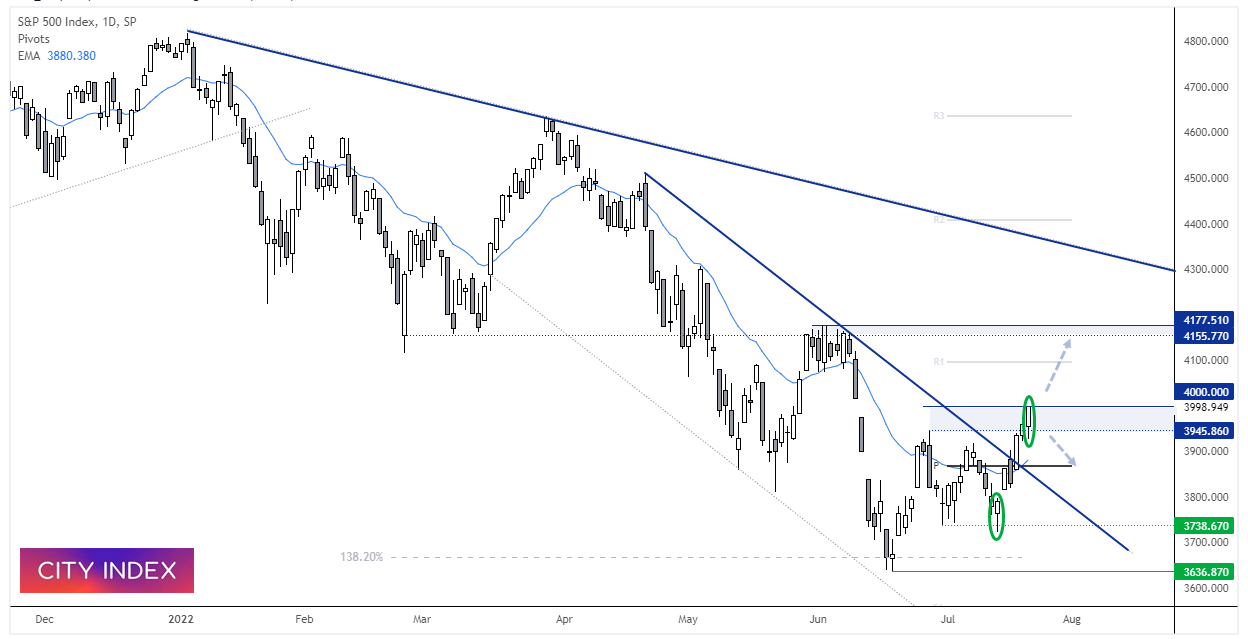 The NFP report could grow in significance again