[Video] Bitcoin Wakes Up and Rolls Out Of Bed 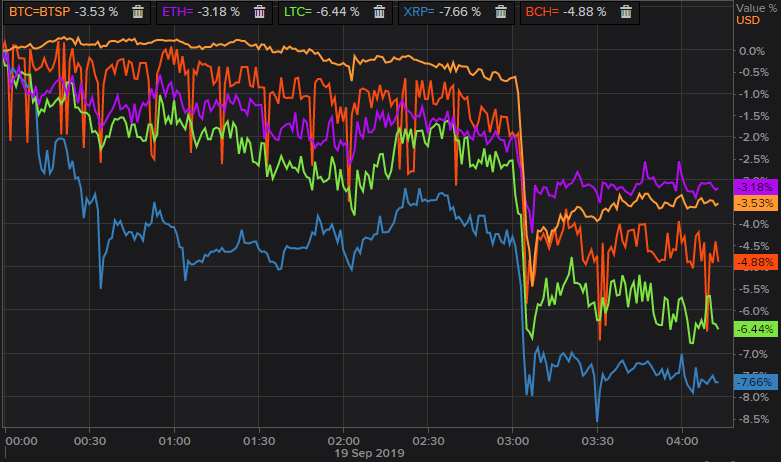 Volatility on Bitcoin had been uncharacteristically tame these past few sessions. Yet anyone sleeping behind the wheel would have been caught off-guard midway through Asia as prices spiked lowe.

The retrospective driver is yet to surface, although the Japanese yen had strengthened whilst yields fell around the same time, in turn causing the US10-JP10 year differential narrow and drag USD/JPY down with it accordingly. This would be an interesting development if the two are related, as it suggests traders are cashing out of upon the signs of risk-off, which again brings into question Bitcoins safe-haven status.

Still, the sell-off was not limited to Bitcoin as all major coins are down for the session. Yet despite the sell-off, Ethereum is the least effected for the session, trading down just -3.1% compared with Ripple’s -7.3% at the time of writing. Still, as we highlighted yesterday, altcoins were approaching key levels of resistance so we’re not too surprised to see traders booking profits. Yet in the case of Bitcoin, it’s nearing levels which could make or break it.