The USD/JPY has broken above last week’s high today, thanks to positive sentiment towards risk assets in general. Sentiment has been boosted in part because of US-China trade optimism and receding no-deal Brexit risks. The UJ has been boosted further today by a stronger ADP payrolls report, which printed 195K vs. 148K expected and 142K last. It could remain supported should the ISM services PMI does not disappoint expectations later.

From a technical point of view, the fact that the USD/JPY has broken above 106.45/106.70 resistance area is a positive development, particularly given the dollar weakness against other currencies this week. This will now be the key support that needs to hold if we are to see further gains for this pair.

But having swept liquidity below the January 2019 low and last year’s low both around the 104.50 level last week, one of the bears’ main objectives have now been met. And with price quickly reclaiming the 104.50 level and then pushing higher, one could argue that rates may have formed a false break reversal pattern here. So, this could be the start of a major move higher.

But with the nonfarm payrolls due to come and given the ongoing weakness for the dollar against other currencies, we are taking it from one level to the next for now. Consequently, we will be keeping a close eye on the next immediate reference points which could offer resistance. The 107.20/25 area is important to watch given that it was formerly support. Above this, we have a bearish trend line which comes in around 108.00, followed by point of origin of the breakdown in early August at 108.50. 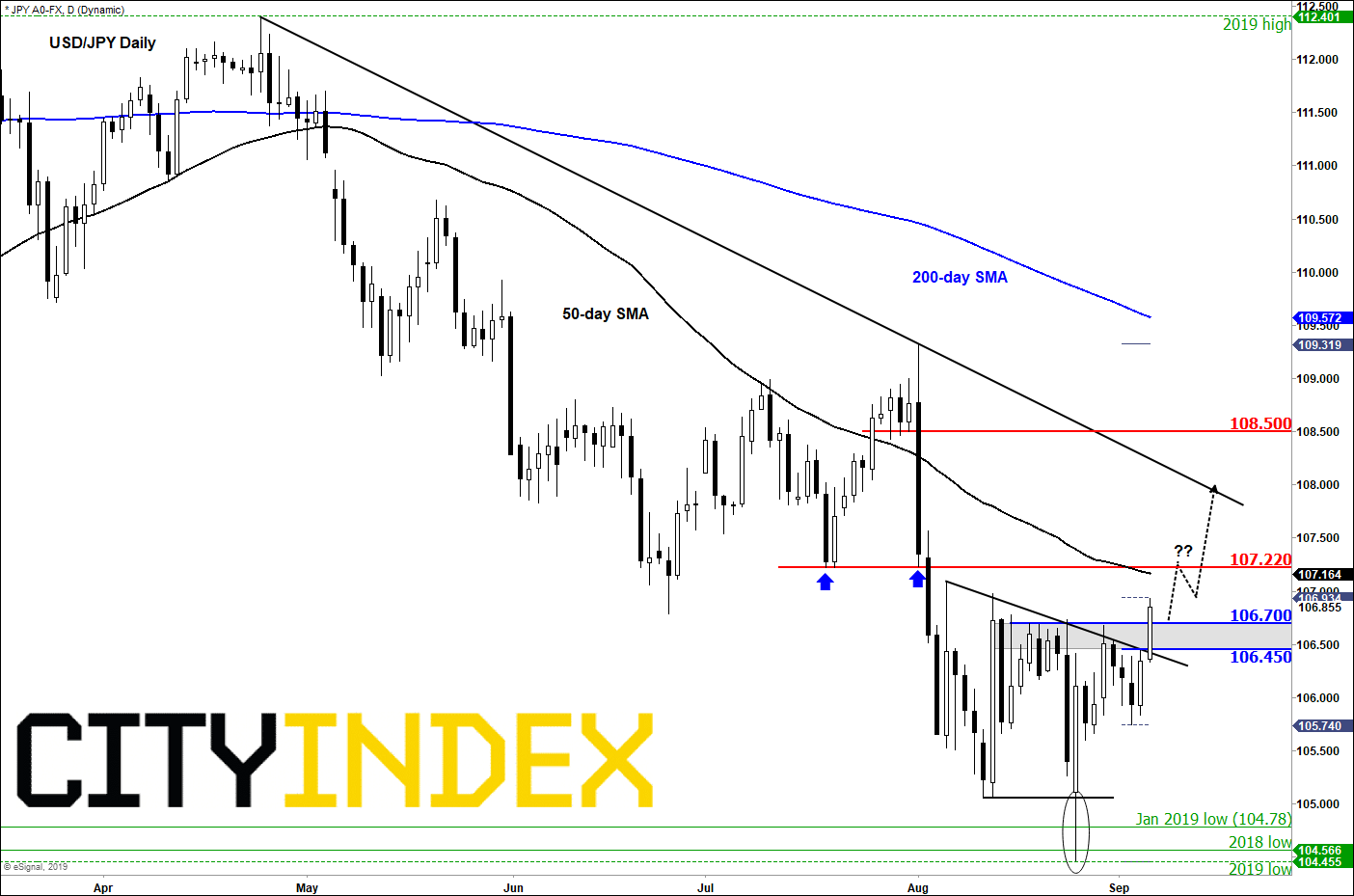