USD/CHF Hesitates Below Parity (A Level Undefeated Since May)

USD/CHF is approaching parity, a level which is clearly on the radar for market participants. Despite several failed attempts, USD/CHF has not closed above parity since May 2019. We could quibble over the fact that it opened above 1.0000 by a whisker on the 19th of June, yet the fact it marked the beginning of 3.2% slide should also be factored in. Early October saw four volatile candles produce upper wicks which failed to conquer the key level and it has gone untouched since, although prices are now approaching it once more.

More recently, prices have been oscillating between the 0.9850 – 1.000 area, although marginally higher highs and lows have also formed within this range. Thursday saw its 6th consecutive higher close which brings the potential for mean reversion over the near-term, and yesterday’s bearish pinbar shows hesitancy to push higher. If previous tops are anything to go by, it could take two or more reversal candles to form before a move lower unfolds. 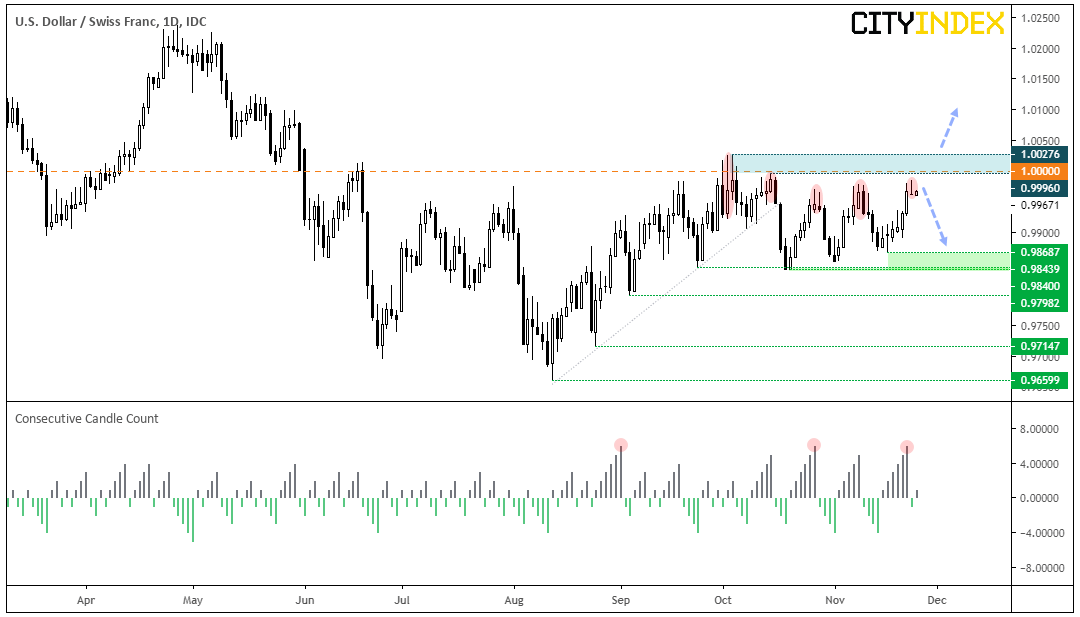 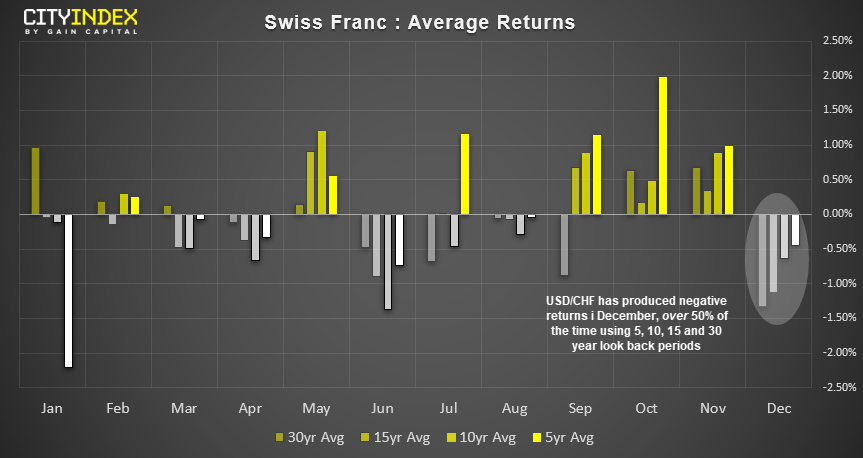 On a final note, whilst the near-term bias is bearish, we’re also keeping in mind that December is traditionally a bearish month for USD/CHF. Not only does it produce negative returns over the past 5, 10, 15 and 30-year averages, but all timeframes produced negative returns over 50% of the time. As an example, the 30-year average shows a bearish success rate of 63.3%.

Of course, such stats aren’t a predictor of the future as we could simply be headed for an outlier year (which in this case would be a bullish close in December). But it is something to bring alongside your own analysis to see if it stacks up with your own view.