Nonfarm Payrolls were released earlier, and the US added only 130,000 jobs to the economy in August vs the 160,000 expected.  July’s numbers were revised slightly lower to 159,000.   The Unemployment Rate (MoM) remained unchanged at 3.7% and the Average Hourly Earnings (MoM) rose slightly to 0.4% vs 0.3% expected.  The beat in the Average Hourly Earnings data was not enough to strengthen the US Dollar, as the headline jobs number seems to have taken the lead.  Most G-10 currencies are higher vs the US Dollar.

The DXY sold off immediately following the data, giving back earlier gains.  The US Dollar Index traded from 98.50 to 98.19 as of the time of this writing. Support area below between 98.08 (horizontal support) and the 61.8% retracement from the August 24th lows and the September 3rd highs at 98.02.  Resistance above at the day’s highs of 98.51. 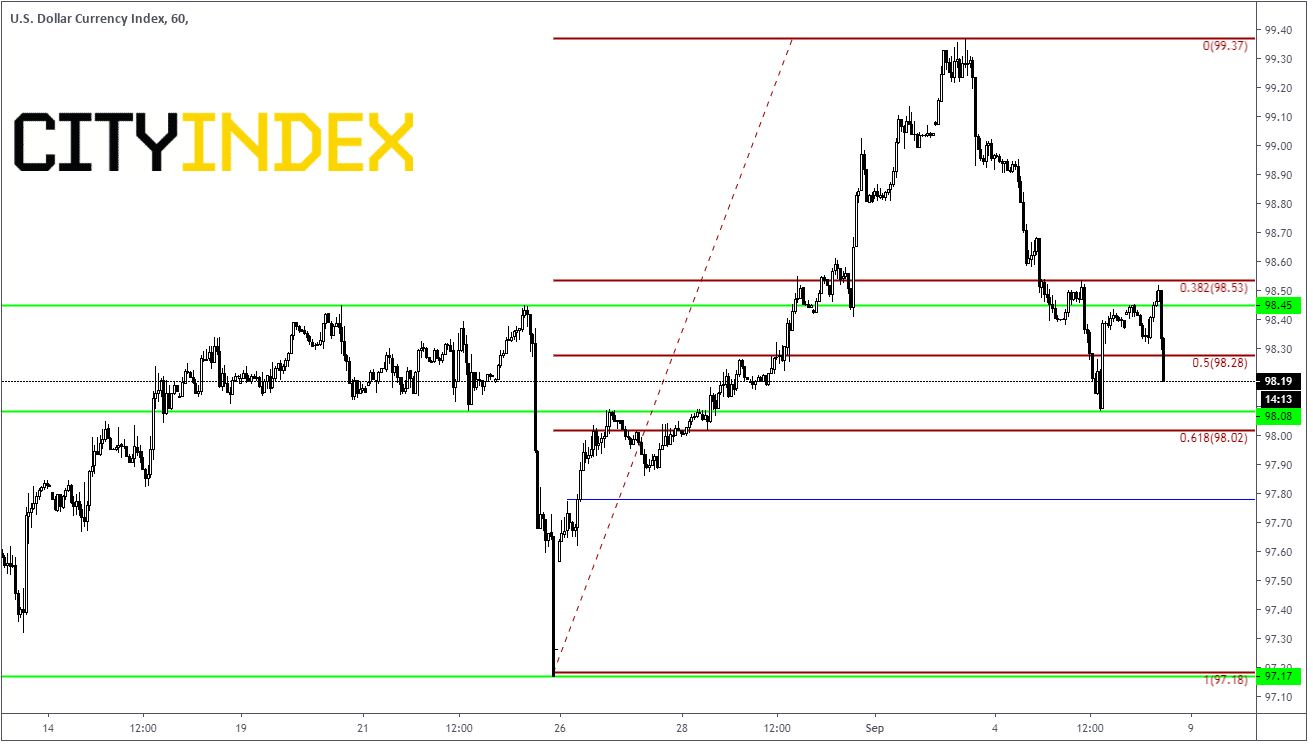 The release of today’s data should not sway the Fed from cutting rates at the next meeting, as there is still 100% chance of a rate cut priced in.  Powell speaks later today and may confirm a rate cut ahead.   The only question for the Fed that remains is:  Will they cut 25bps or 50bps?