Stocks may have overacted to the downside on G20 news flow

Yesterday, 25 Jun “sell-off” seen in U.S. stocks have saw losses within the range of -1.00% to -1.5% among the key U.S. benchmark stock indices, the 3rd day of consecutive decline with the higher beta tech heavy Nasdaq 100 being hit the hardest.

Primary triggers have been negative news flow from “Fed Speak” and G20 as reported yesterday;

Media reports have attributed the sell-off seen in U.S stocks from the probable “less rosy” outcome from Trump-Xi G20 meeting where a trade deal will not be struck between U.S. and China. Interestingly, a week ago where media had interviewed the investing and political analysts’ community and most of them have a bias that a trade deal will not materialise after the G20 summit.

Thus, yesterday’s G20 related news have already been priced into the markets. In fact, the U.S. administration’s latest plan to delay additional tariffs on China imports has shown a “toned down hawkish stance” and the willingness to restart trade negotiation talks with China is rather a positive catalyst.  Click here for a recap on our G20 preview.

Therefore, the 3-days of consecutive decline seen in stocks may have been overdone and since now the media has spin “a less rosy” outcome from Trump-Xi meeting and if any encouraging trade related remarks from U.S. administration after the meeting can easily trigger a positive feedback loop back into stocks and risk assets.

Now, lets us review the technical structure on the Hang Seng Index, a key China related play that can be impacted from G20 news flows. 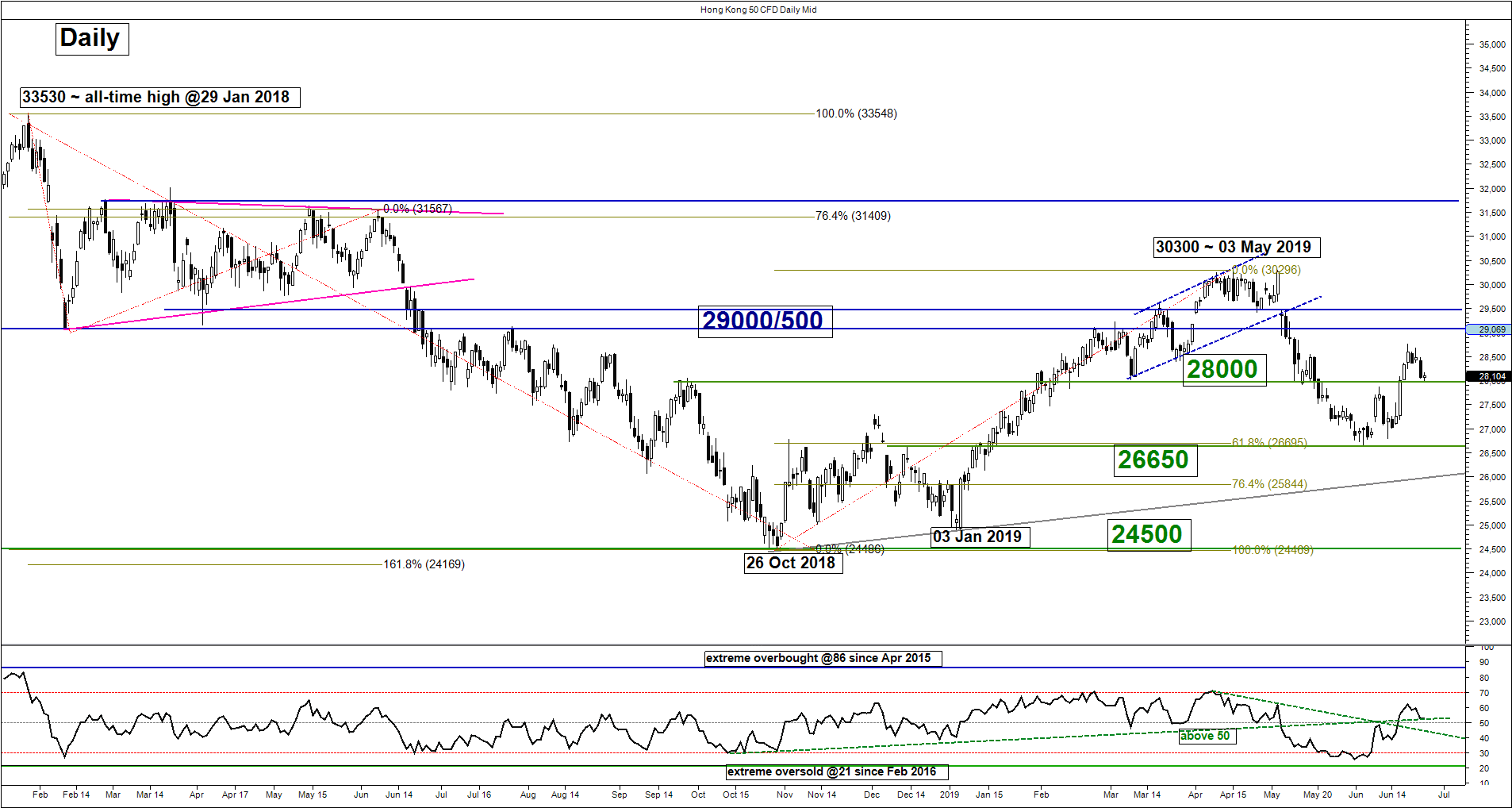 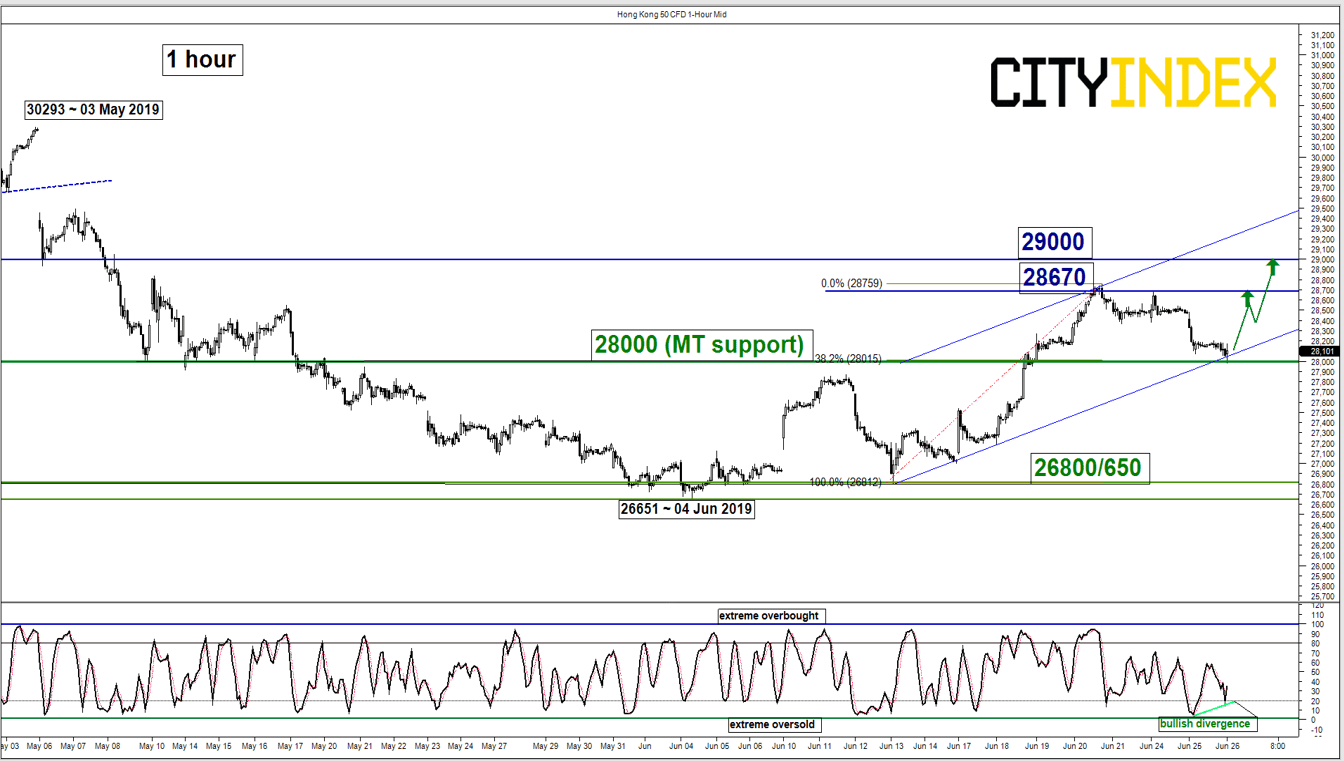 If the 28000 key medium-term pivotal support holds, the Index is likely to see a potential recovery to retest the recent 20 Jun minor swing high area of 28670 before targeting the next resistance at 29000.

On the other hand, a daily close below 28000 invalidates the recovery scenario for a further decline towards the next support at 26800/650 (the aftermath of the recent local HK street protests over the China extradition bill).