So Much for the Summer Doldrums

So Much for the Summer Doldrums

Monday is a public holiday in the UK, and the following Monday is a public holiday in the US.  Many people take vacation next week, as it is considered to be the “last week of summer”.  Markets are traditionally slow during the last week of August, as many people gear up for the ensuing volatility to arrive as people return to their offices after Labor Day.  This year, the higher volatility may start next week!

This week started the with much anticipation for today’s Jackson Hole speech by Fed’s Powell. As we wrote earlier, no one was expecting Trump’s tweet storm that sent the markets into a frenzy!   And now we have the G-7 this weekend, where Trump surely will not be greeted well be his European counterparts.  Many of the European leaders most likely will express their displeasure with the tariffs he has placed not only on China, but also on some European countries.

The DXY was not pleased with Trump’s tweets.  It began to move slightly lower after Powell’s speech, however once Trump began trashing China, the DXY moved aggressively.  DXY is currently holding support at the 61.8% retracement at 97.58 from August 9th low to todays highs. 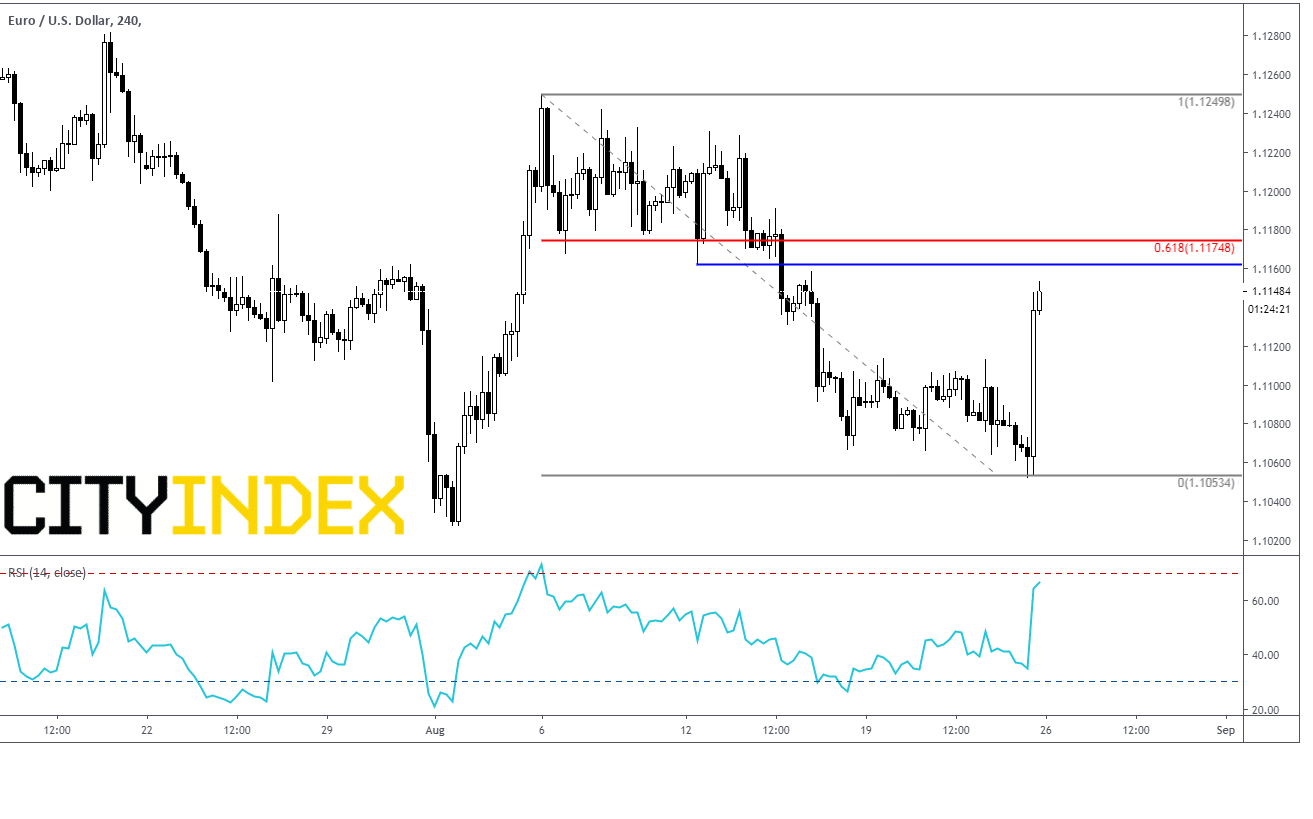 S&P 500 is down over 70 handles, breaking trendline support,  and the Dow is down over 500 points.  The equity markets were hit particularly hard by the tweets, as once again, investors are looking ahead to G-7 this weekend. 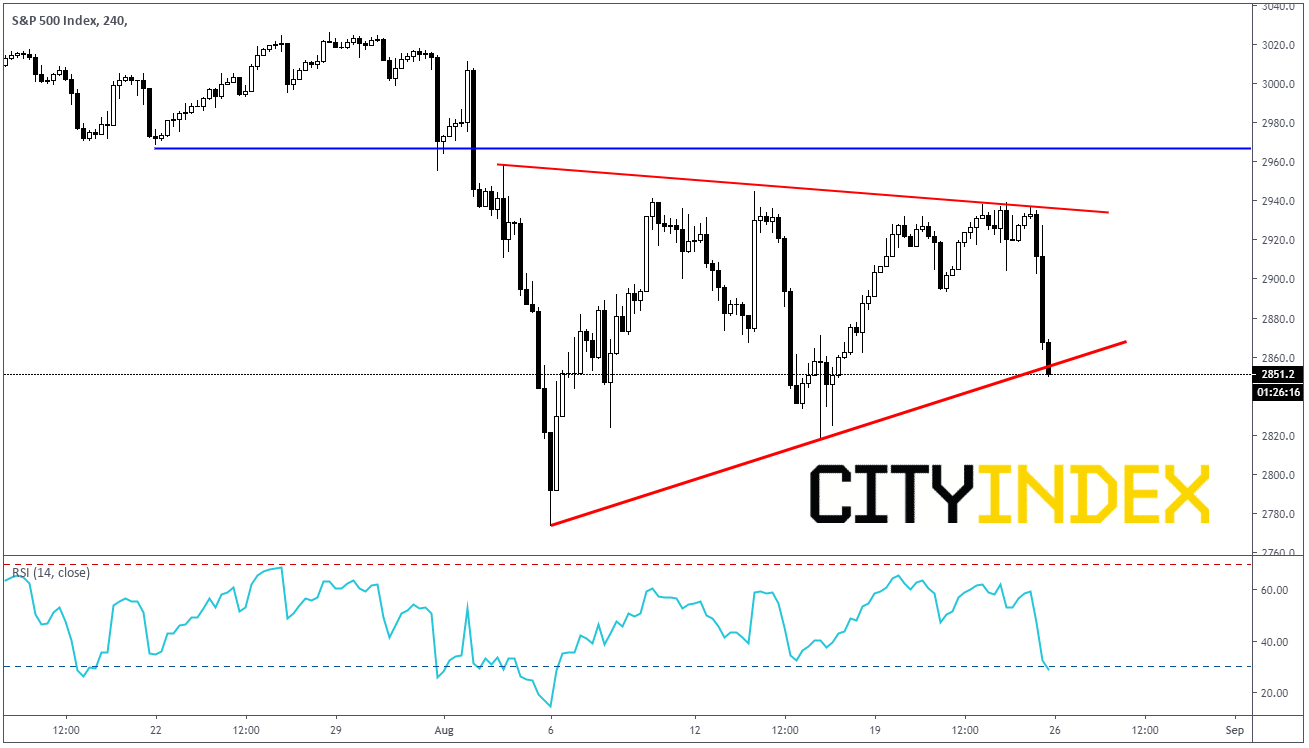 With Trump’s twitching Twitter fingers, G-7 this weekend, low participation on Monday (because of the UK Holiday), AND the possibility of low participation all next week, make sure to be on high alert for increased risk of higher volatility during the last week in August!