Riksbank on Hold for Now, but is Looking for Reasons to Raise Rates

Riksbank on Hold for Now, but is Looking for Reasons to Raise Rates

Last week, Riksbank Governor Stefan Ingves told Bloomberg that the low interest-rate environment is adding to “increased risk taking” and therefore poses a threat to financial stability.   A big part of the problem, he added,  is global financial conditions.   Earlier today, Sweden’s PPI (MoM) for October was released at 0.4% vs 0.2% forecast.  Riksbank’s Skingsley added today that one single data point is not decisive for December (Risksbank Rate Decision meeting), and you can raise rates when inflation is under target if it looks like we will get back to target.”  Expectations are currently for the Riksbank to leave rates on hold at -0.25%, however there is still plenty of data to be released before the December 19th meeting, including Business and Consumer Confidence and Retail Sales this week, and Manufacturing PMI early next week.

USD/SEK has been trading in an ascending channel since the end of 2018, and currently is testing the bottom trendline looking for a break. Price closed just below the rising trendline at 9.5848. One possible reason USD/SEK has been trading lower since early October is that traders may now be looking for a possible surprise and the next Meeting, or at the very least, a hawkish statement. 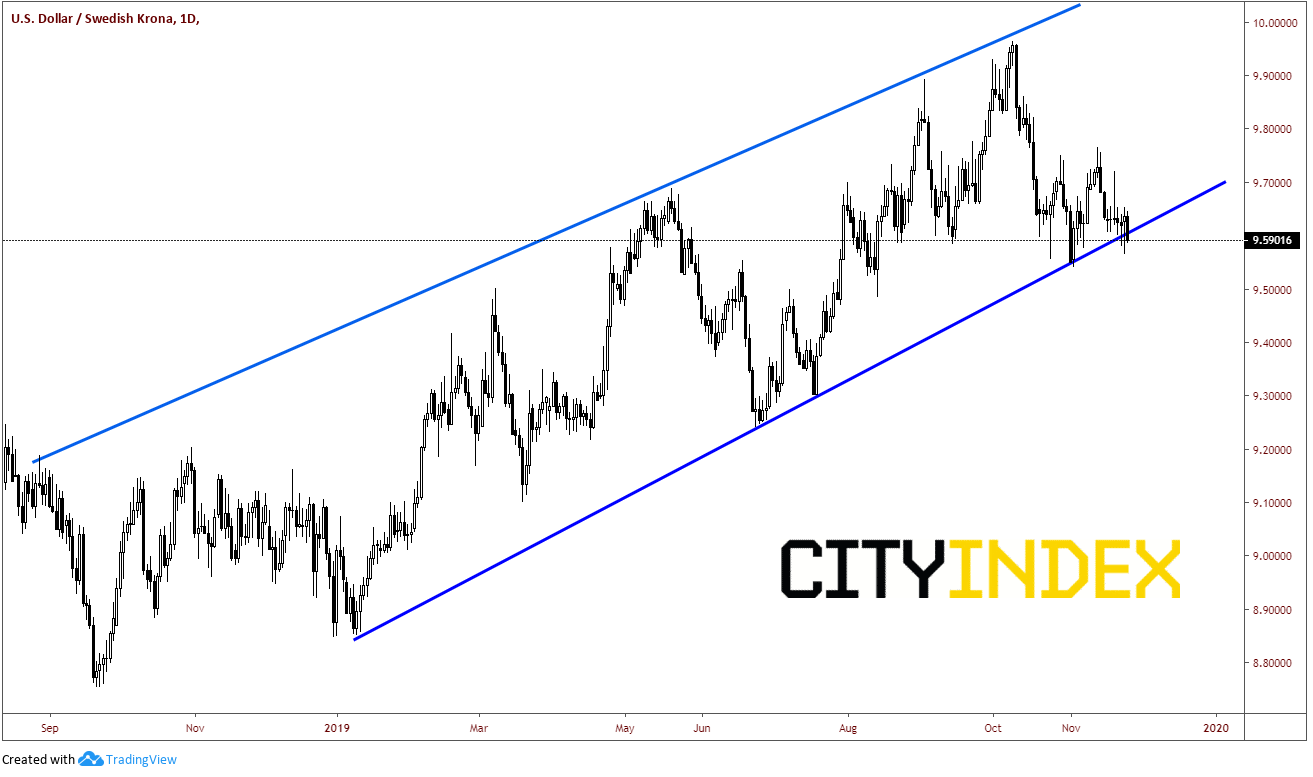 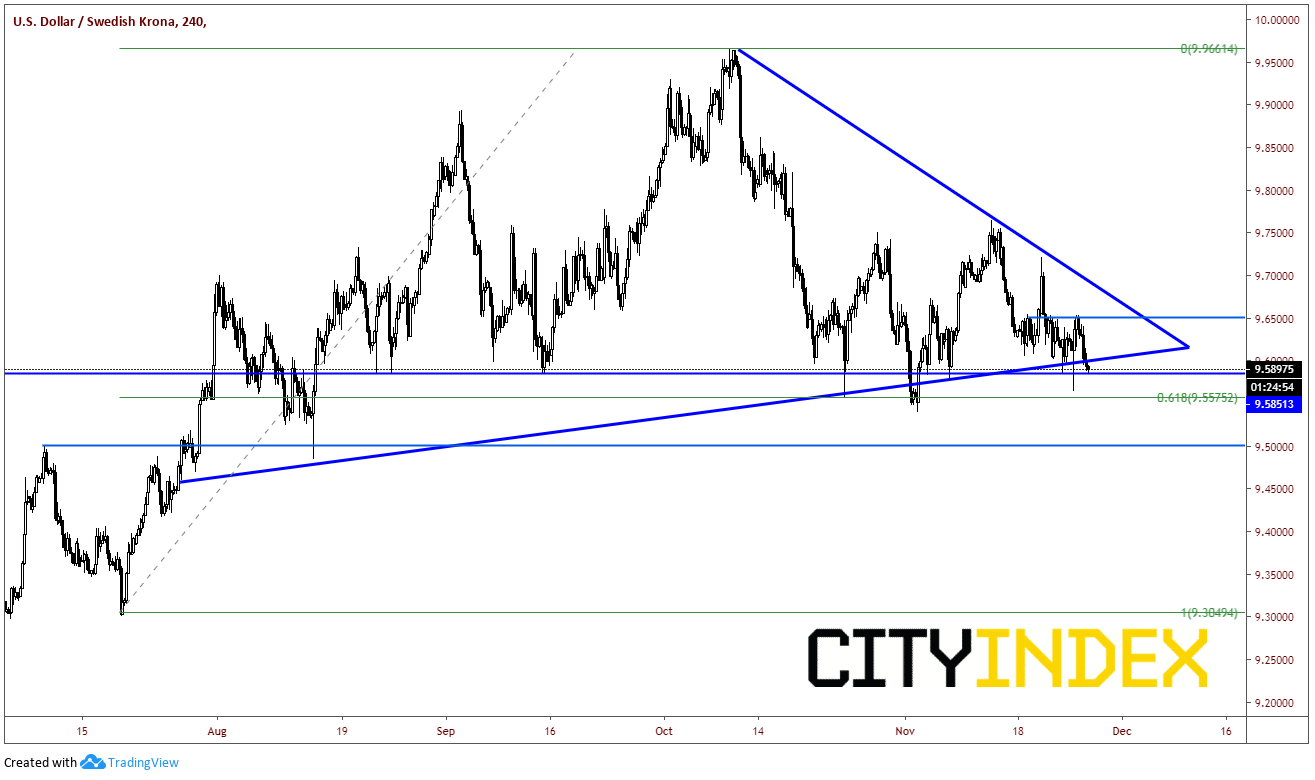 Data over the next week from Sweden will be extremely important in determining the direction of USD/SEK over the short term as traders and investors position themselves ahead of the December 19th Risksbank Rate Decision Meeting.  The Meeting itself, should help to provide direction over the long term.