RBA and GDP On Tap For AUD and ASX200 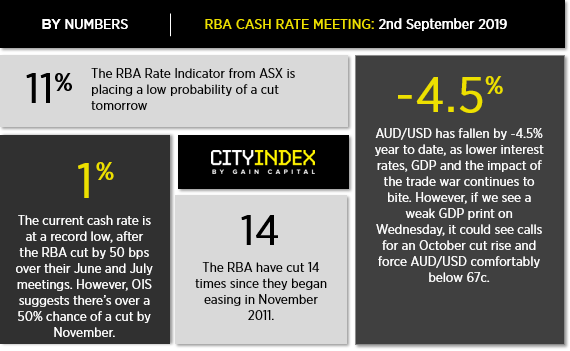 The expectations for RBA to cut tomorrow are quite low at just 11%. Therefore, traders will scrutinise the statement for any clues and no doubt short AUD if it appears more dovish than August’s statement. Overall, RBA appeared a little more upbeat on the domestic economy and placed greater emphasis on concerns over the trade war. Given tensions have once again risen and the Trump administration have rolled out a fresh round of Tariffs yesterday, we expect these concerns to at least be reiterated, or perhaps even intensified.

GDP data is out on Wednesday, which is another reason to expect RBA to hold off from easing tomorrow. We’ve seen a couple of bold calls for GDP to miss the mark and sink to 1.1% YoY from ANZ, with one analyst calling a -0.6% contraction for the quarter. Even PM Morrison is ‘expecting soft growth’ on Wednesday which, will likely be a greater market mover than tomorrow’s GDP meeting. 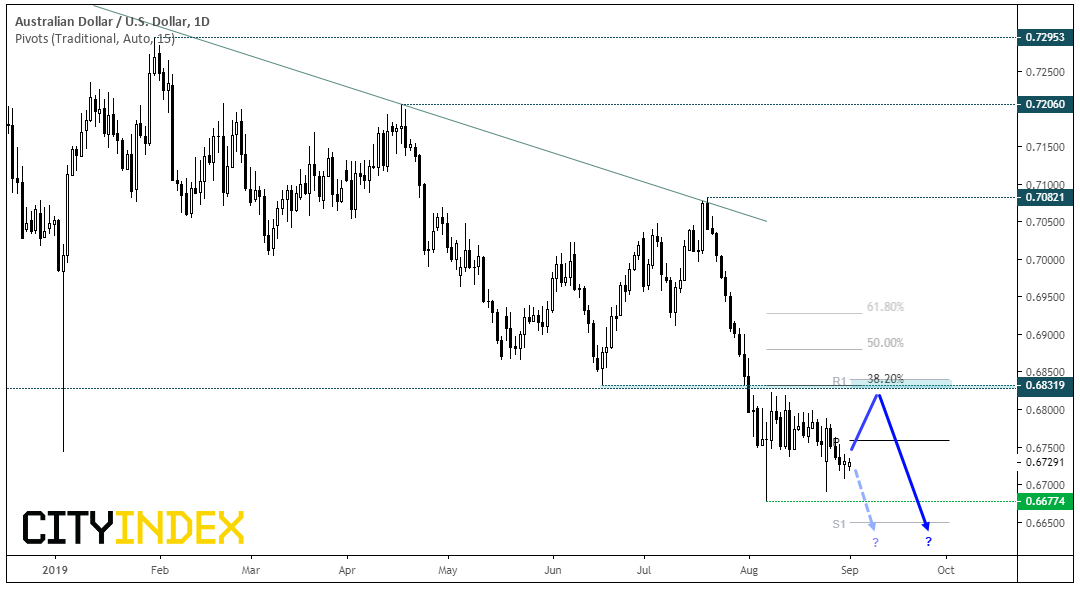 As for AUD/USD, we see potential for a technical bounce should tomorrow’s meeting be a non-event, or GDP surprises by not falling below 1.8%. The rationale here is that two prominent spikes to suggests demand is around 0.6677-0.6700 and, despite increased tensions over the trade war, she’s holding up. However, this is no reason to be bullish. Key resistance sits around 0.6832 and we’d see a rally towards this level as an opportunity for bears to fade into.

Take note that whilst realised volatility is quite low, 1-week implied volatility is just off a 3-week high to suggest a volatile move could be just around the corner. Given the established bearish trend we expect AUD/USD to break to new lows in due course, but the potential for a correction should not be ignored, given its reluctance to break lower these past two weeks. 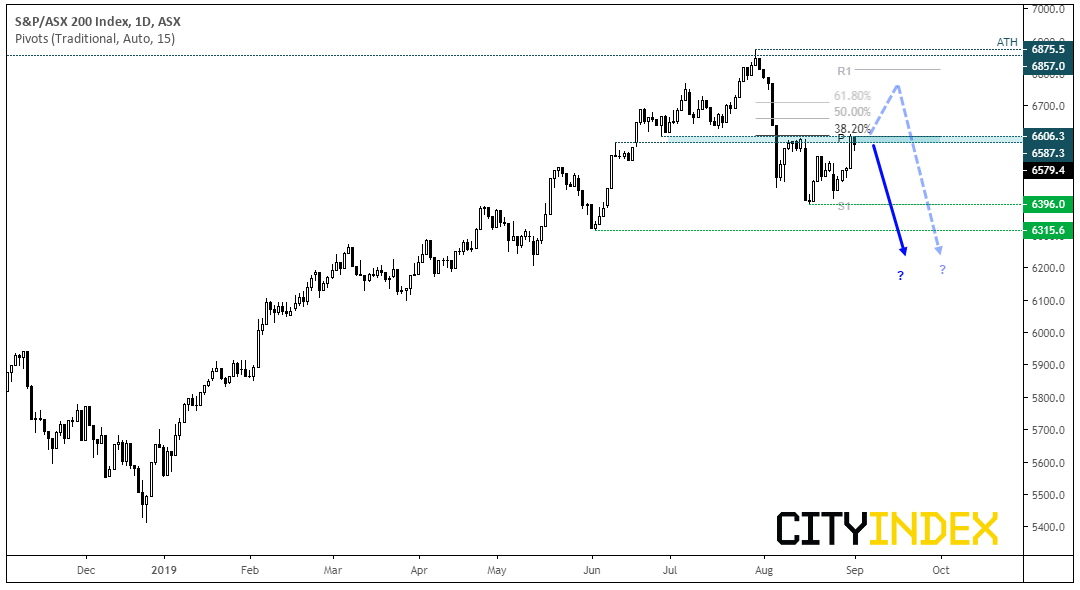 The ASX200 is trying to breakout but has found resistance around the 38.2% Fibonacci retracement level whilst sentiment is under pressure from rump’s latest tariffs. Moreover, volatility has been lower today amid the 3-day weekend I the US, although the index may find the strength to break higher if the RBA meeting is dovish. Technically it looks like the low is in at 6,396, although we’d need to see a notable pickup with global sentiment for stocks to trade to new highs. For now, we think any gains are more likely to be part of a corrective rally and stall below 6,875 before bearish momentum returns.