Rare earths stocks should be on your radar screen

Rare earths stocks should be on your radar screen

In the recent weeks, U.S. administration has upped the ante on its on-going trade tensions with China with a blacklist on high tech Chinese firm, Huawei that forbids U.S. firms from engaging business relations with Huawei. In the near-term, U.S has issued the threat of targeting more Chinese tech firms in the video surveillance industry. This modus operandi of the U.S. administration has escalated into a bigger scale “technology cold war” that China will be forced to retaliate in order to protect her interests.

One of the “trump cards” for China will be rare earths mineral where China is a major producer. The U.S. is a major importer of rare earths from China which supplies close to 80% of U.S. needs. In addition, rare earths are considered as a critical and strategic resource for U.S. where it is required as a key input application for electric vehicles, smartphones and military equipments.

Latest commentaries from China state media firms have indicated that China could restrict its rare earth exports to the U.S coupled with a recent visit by Chinese President Xi on the facilities of a major rare earths mining producer in Ganzhou, Jiangxi province.

All these “actions” from China offer a guidance to the markets that the chances of limiting its rare earths exports to the U.S has increased which can create a “supply shock” that can lead to an increase in the prices of rare earths. From a short to medium-term time frame, it is likely that a positive feedback loop can be fed into the share prices of rare earths mining and producer firms.

One of the rare earth stocks to watch will be Lynas Corp, listed on Australia Stock Exchange due to its positive technical configurations. 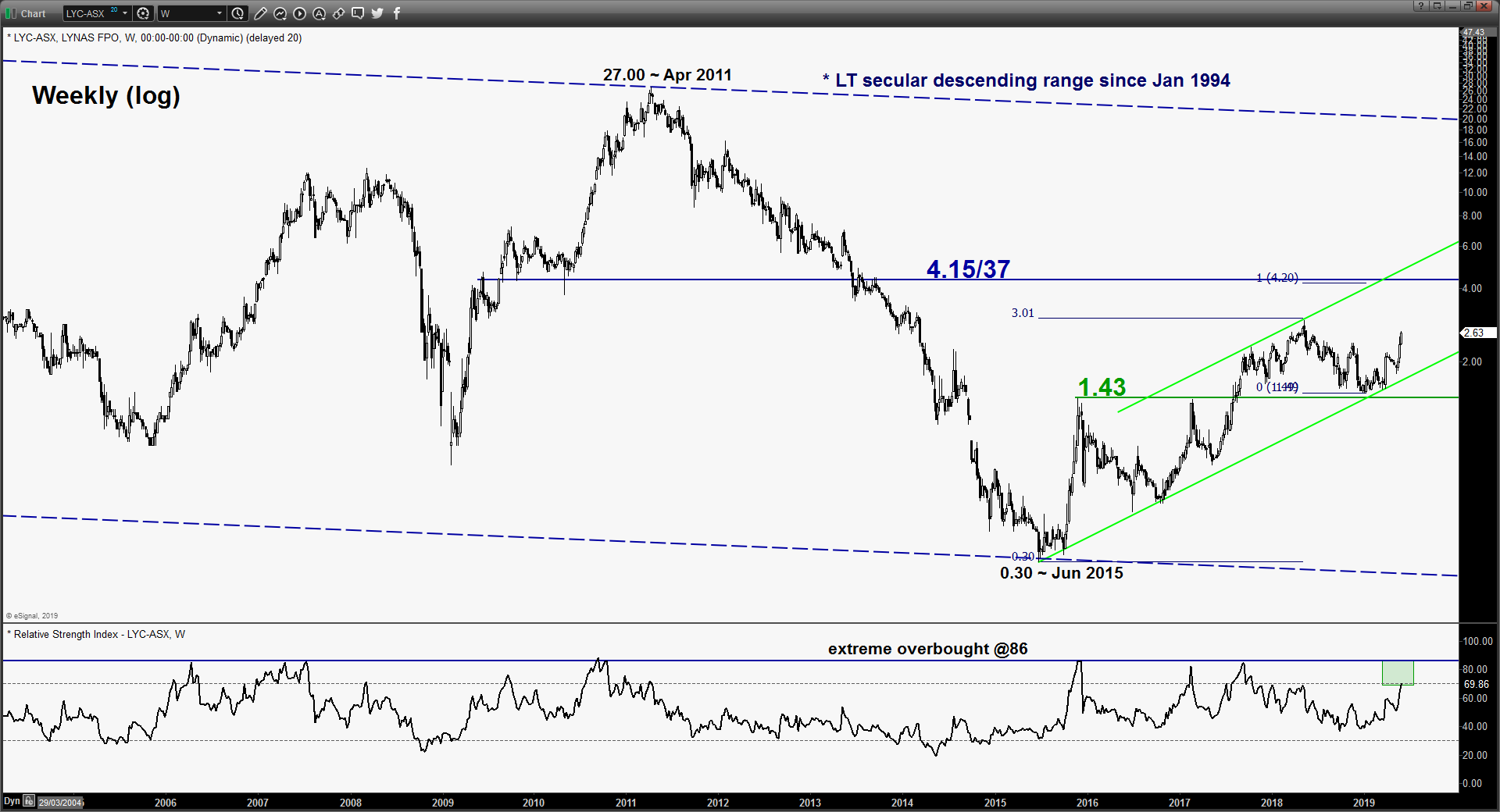 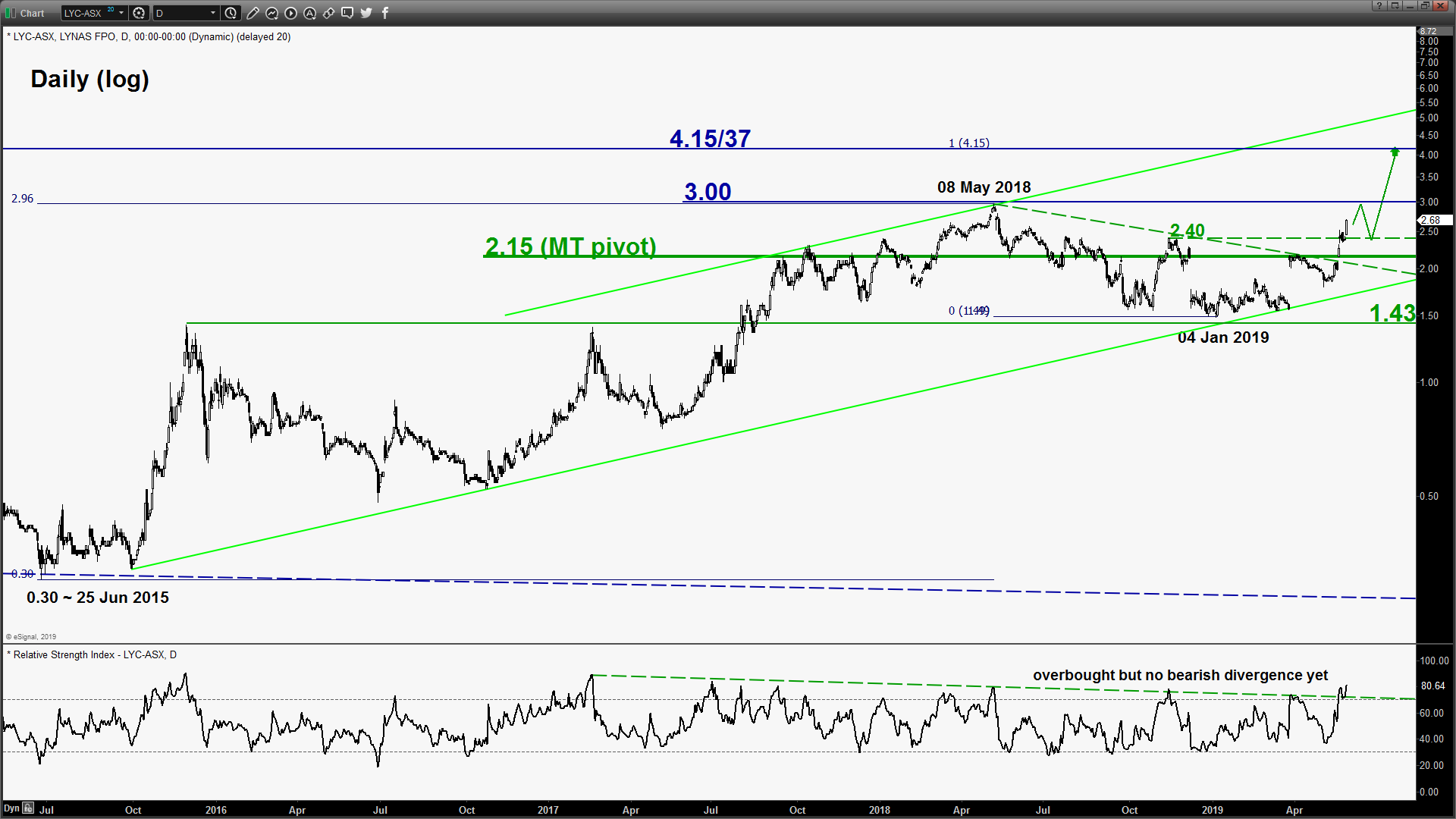 If the 2.15 key medium-term pivotal support holds, the share price of Lynas is likely to stage another potential impulsive upleg to retest 08 May 2018 swing high area of 3.00 before targeting 4.15/37 next.

However, a daily close below 2.15 invalidates the bullish scenario for a corrective down move towards the key long-term support at 1.43.

Charts are from eSignal