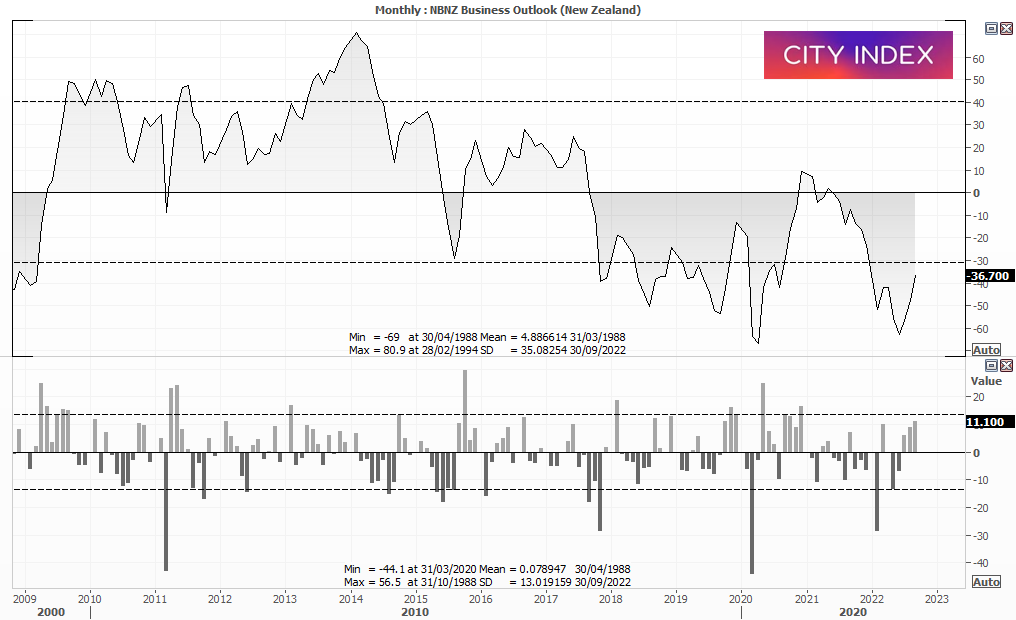 Business sentiment may not be going from strength to strength, but to see pessimism lose its grip after multi-year lows certainly a step in the right direction. Besides, investors tend to look at the rate of change over the absolute level of such indicators, and right now it looks very likely that business sentiment hit its low in June.

Of course, inflation and higher interest rates are having an negative effect on business sentiment. At 3%, RBNZ has one of the highest cash rates among the major economies and second place to the BOC and Fed at 3.25%. It’s likely we’ll see another 25bp hike but it’s also possible we could be nearing the terminal rate. Governor Orr said in August that the “next rate move is not obvious” and earlier today he said that, whilst there’s “still work to do” regarding rates, the tightening cycle was already very mature. So against that backdrop, we suspect a 25bp hike on October the 5th, and may even see a pause – and will look for such clues in their October statement and minutes.

AUD/NZD is currently within its seventh consecutive bullish month and risen over 10% from its September 2021 low. It still has the potential to move back to the 2015 high around 1.1680, but we’ll also keep in mind the potential for a policy divergence between the RBNZ and RBA. And it is by identifying such potential inflection points ahead of time that investors stand a better chance of getting more ‘meat from the bone’ for future moves in currency markets. On that note, AUD/NZD is on track for a bearish pinbar week around current levels, below 1.1500. 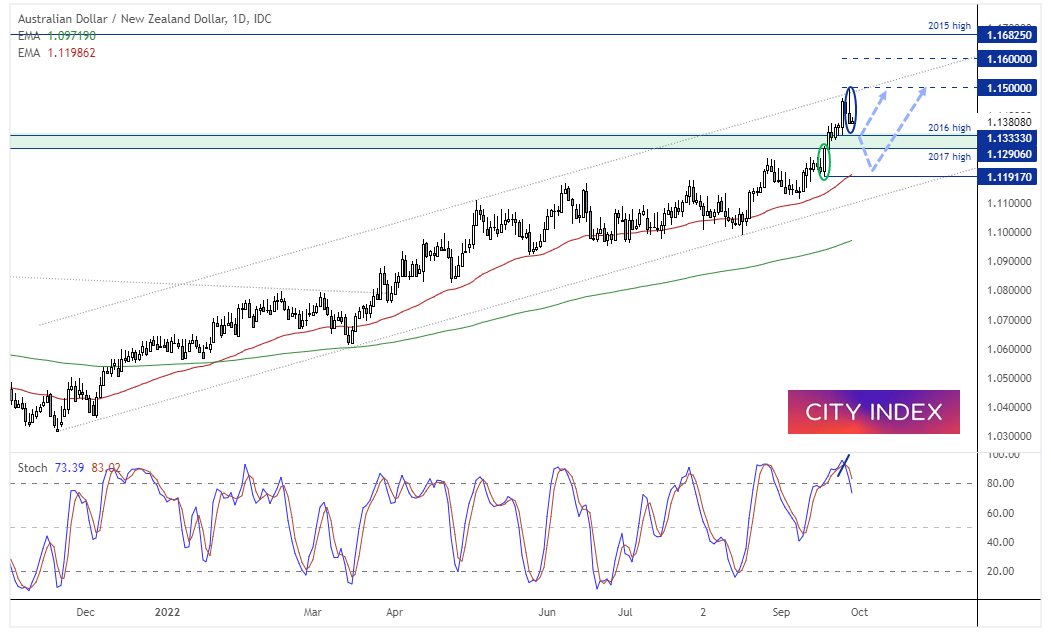 We’ll keep the potential for a policy shift over the coming month/s in the back of our minds. But over the near-term AUD/NZD remains within a strong uptrend on the daily chart, although potentially within a retracement phase. Resistance was met at the upper trendline and 1.1500 handle yesterday and what was “close to being” a bearish outside hammer candle. So there is clearly supply around 1.1500 and prices may drift back towards the 2016 or 2017 highs. If evidence of a swing low materialises then it may find some bullish interest, but even a move back towards 1.1200 could occur and still keep the bullish trend intact.

GBP/USD: What’s with all that?
By:
Joe Perry CMT

Currency Pair of the Week: USD/CNH
By:
Joe Perry CMT