Markets were warned earlier in the month by the White House that the Non-Farm Payroll print could be weak as 9,000,000 people called in sick during the survey period, primarily due to the Omicron virus.  In addition, the ADP Employment Change released on Wednesday showed a decrease of 301,000 private jobs in the economy for January, vs an expectation of +207,000.  Therefore, a worse than expected headline print for Non-Farm Payrolls was expected.  But the NFP print defied the odds!

The Federal Reserve will be pleased to see this data.  It already considered the economy to be at maximum employment, so the jobs report will reinforce that.  In addition, the Fed will be happy to see the increase in the participation rate, despite the small uptick in the Unemployment Rate.  The one issue the Fed may have is with Average Hourly Earnings.  Although the Fed wants to see earnings and wages increasing with inflation, Fed Chairman Powell noted that the Fed was concerned about wages rising too fast.

The US Dollar had gone bid immediately after the release on concerns that Fed may not only hike rates in March, but hike by 50bps instead of 25 bps.  Bonds and stocks initially sold off.

AUD/USD had already been moving lower on a daily timeframe since breaking below the symmetrical triangle on November 19th, 2021.  The pair tested prior lows near 0.6990 (November 2nd, 2020 lows) and bounced to test the underside of the bottom trendline of the symmetrical triangle near 0.7314.  In doing so, AUD/USD formed a flag pattern.  Price formed an evening star candlestick formation (bearish) at the peak of the flag and began moving lower.  On January 24th, the pair broke below the flag pattern and began heading towards its target, near 0.6800. 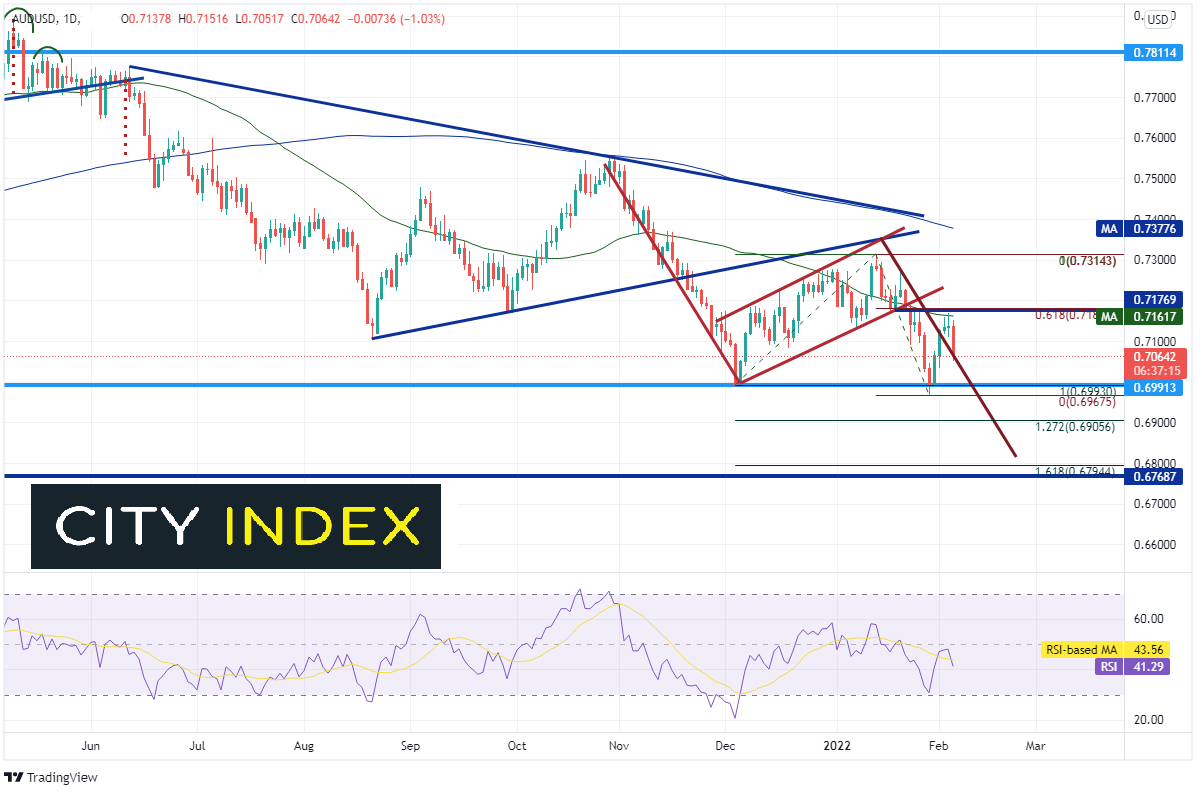 On a 240-minute chart, AUD/USD traded down the 0.6990 support level and bounced again, this time to the 61.8% Fibonacci retracement level from the highs of January 13th to the lows of January 28th, near 0.7175.  This is also horizontal resistance (0.7182) and the near the 50 Day Moving Average (see daily).  After today’s data release, the pair resumed its move lower towards the flag target. 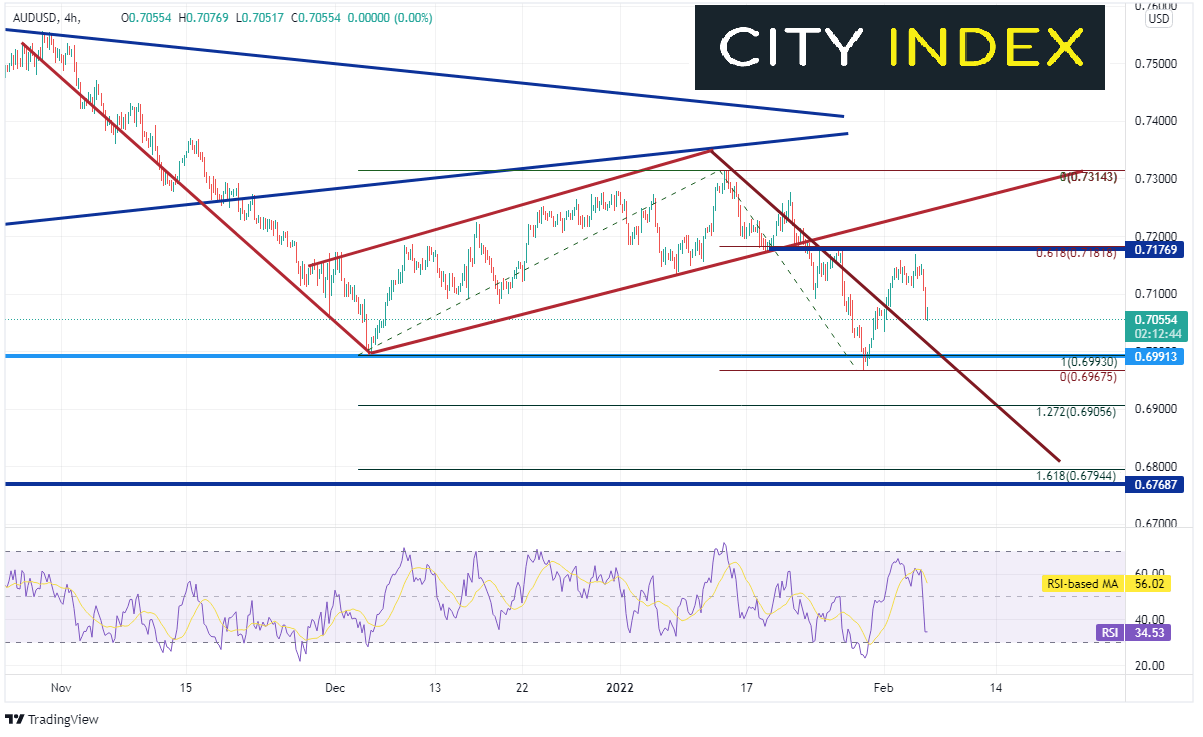 The NFP report today was much stronger than expected, almost across the board.  This should give the Fed confidence in raising rates at the March meeting (provided February’s jobs report isn’t horrible).  However, the strong Average Hourly Earnings print must lead traders to question: Will they raise 25bps or 50bps?