Last week, the Reserve Bank of New Zealand (RBNZ) left rates unchanged, left their bond buying program unchanged, and introduced a new loan facility…all as expected.  In addition, Central Bank Governor Orr signaled they were not considering negative interest rates.  That news, combined with only a small cluster of coronavirus cases in the country in Auckland, has the New Zealand Dollar on a tear higher and hasn’t looked back.

After putting in series of higher lows, NZD/JPY jumped above prior resistance and hit levels not seen since January, near 72.79.  After doing so, the pair pulled back to the breakout level at 71.00 and consolidated as the RSI moved back into neutral territory on a daily timeframe. 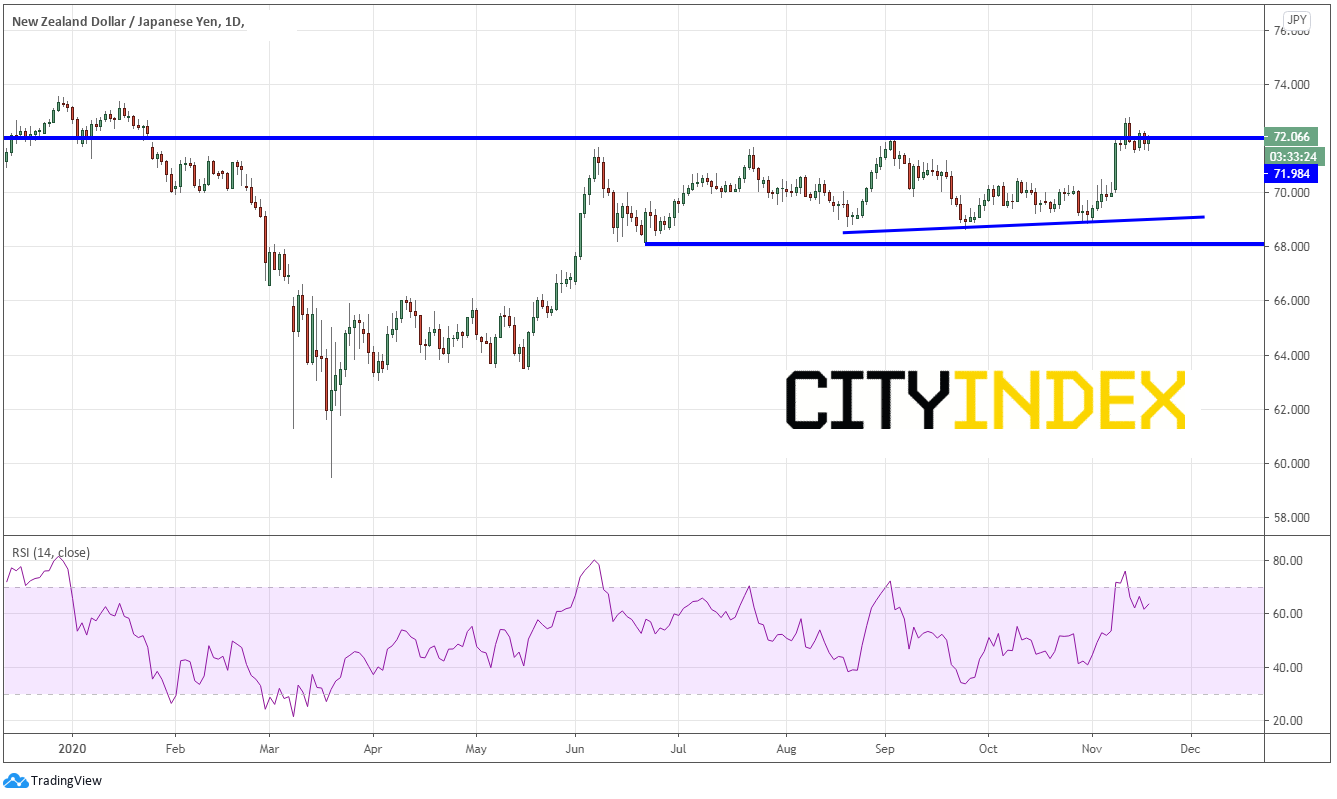 On the 240-minute timeframe, NZD/JPY is consolidating in a pennant like formation.  The target for the breakout of a pennant is the length of the flagpole added to the breakout point of the pennant, which would target near 75.00.  However, watch for horizontal resistance dating back to April 2019 near 74.75. 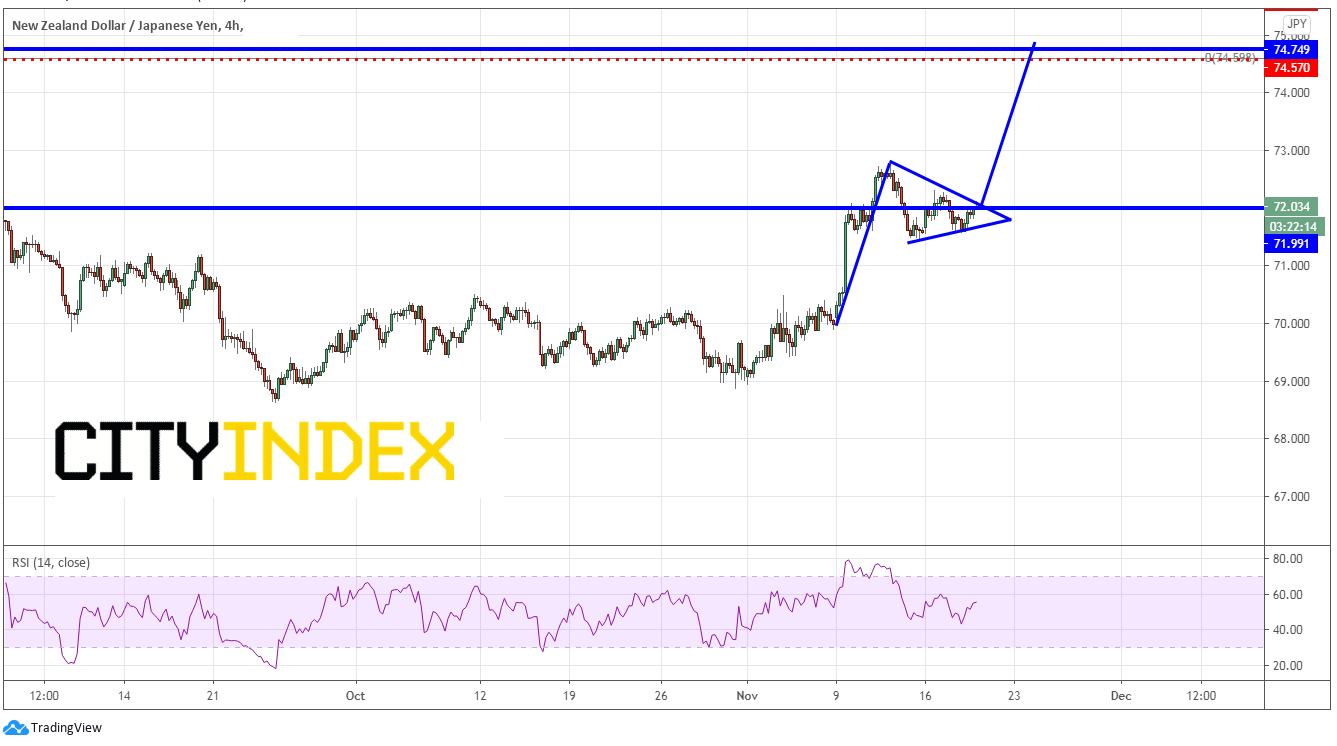 Much of the same can be said for NZD/USD.  After putting in a series of higher lows inside a channel, the pair broke out above previous highs just below .6800.  The pair only pulled back slightly as the RSI moved from overbought conditions back to neutral on a daily timeframe.  However, with NZD/USD continuing to push higher, the RSI has moved back above 70 into overbought conditions. 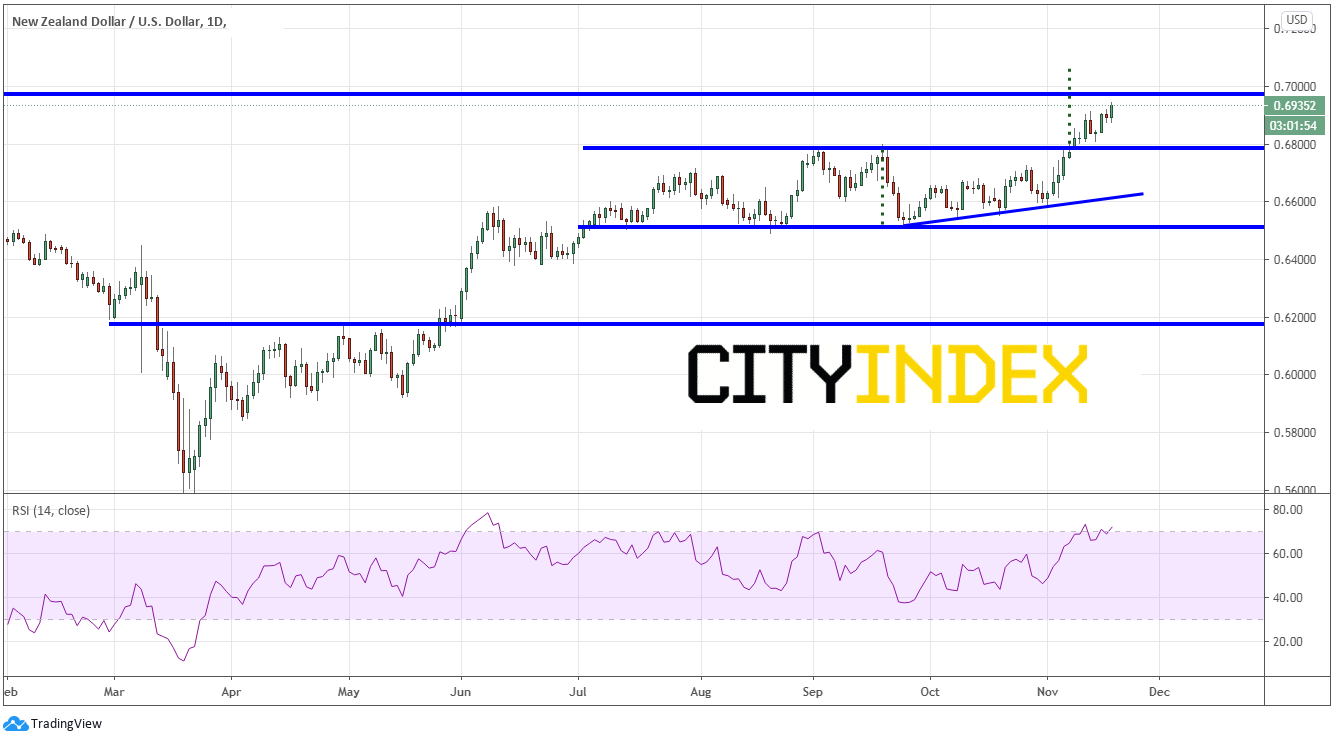 The pair had been in a channel since early July.  The target for the breakout of a channel is the height of the channel added to the breakout point, which in this case is near .7050.  However, the pair first will have to get through horizontal resistance from highs of early December 2018 near .6969  and the psychological resistance level of .7000.  Bulls will be looking to buy any pullbacks.  Support isn’t until breakout level back near .6800.

GBP/NZD may present the best opportunity for Kiwi bulls.  On a daily timeframe the pair has been moving lower since April.  However, with Brexit uncertainty, the pair hasn’t broken lower below support.  GBP/NZD bears (bullish New Zealand dollar) will be closely watching a break below the rising trendline near 1.9095 for opportunities to add to short positions.  However, trading this pair also bring Brexit headline risk along with it. 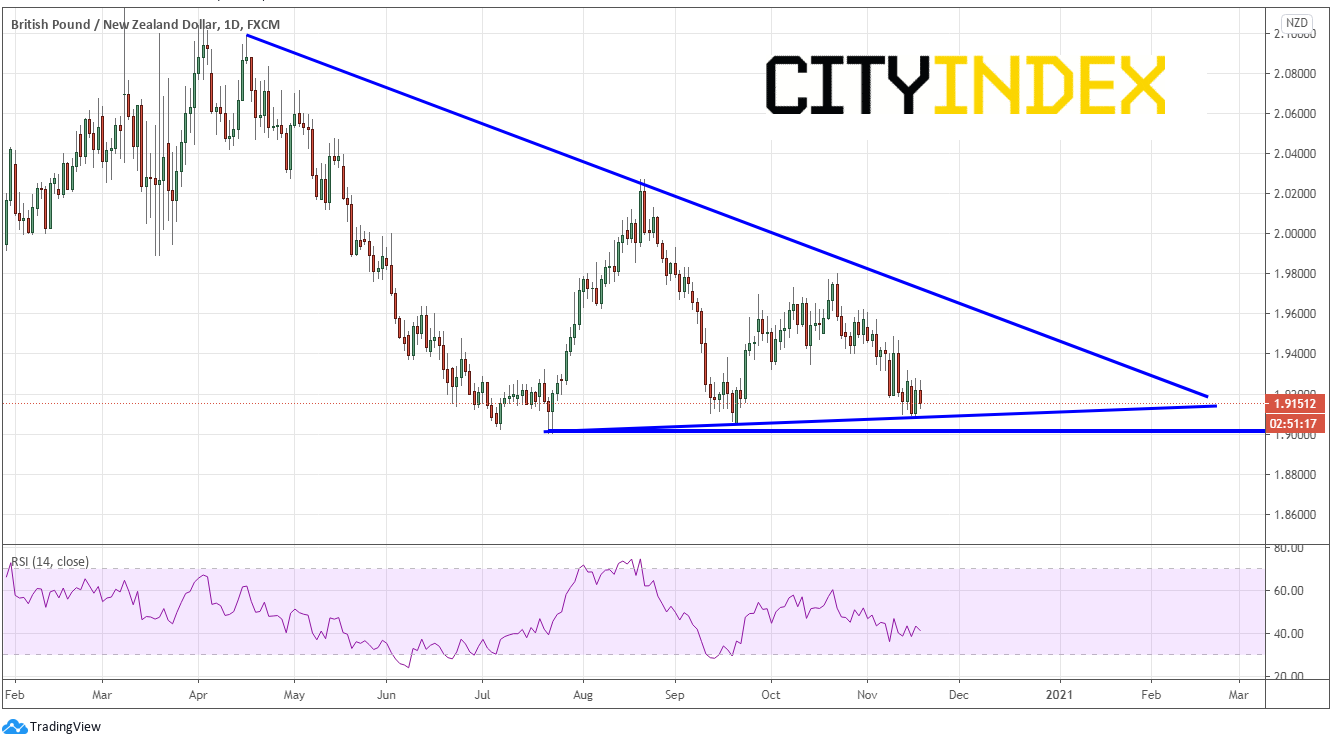 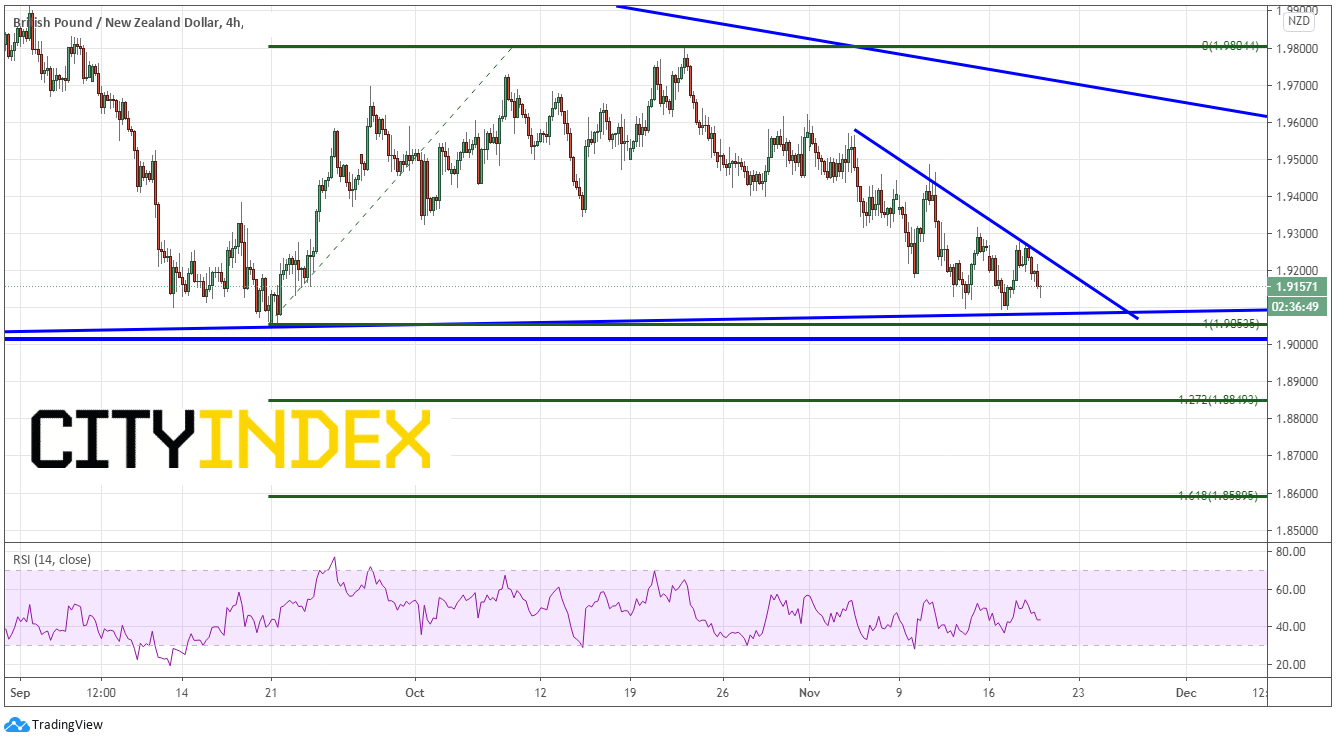 There are plenty of opportunities to get long for traders who are bullish the Kiwi. Traders need to make sure to use proper risk/reward for each trade.