JPY on the Move

JPY on the Move

On Monday, we wrote about how Japan’s GDP for  Q4 was -6.3% vs an expectation of -3.7% expected.  The data was horrible.  Yet, Yen pairs barely moved on the release, as markets know that the Japanese government will come in and save the day.   Japan’s data hasn’t matter for years now.  However, enter concerns about the Coronavirus.  Japan has seen a recent increase in the number of new cases, now over 600.  This is the largest amount of people with the virus outside of China (however many of the cases were from the cruise ship Diamond Princess, which was quarantined at port in Japan).  But Japan doesn’t  want to take any chances.    They have shut down events which would have large public attendance in order to stem contagion of the virus.  In addition, Japans’ health ministry issued guidelines for people exhibiting symptoms of the Coronavirus.  With GDP at -6.3%, officials may already have to provide more stimulus.  If there is a slowdown in economic activity because of the virus, things can get even worse.  In addition, TOKYO IS SCHEDULED TO HOST THE SUMMER OLYMPIC GAMES!  It would be a devastating blow to the economy if the games needed to be canceled!

Today’s price action in the JPY pairs is particularly interesting.  Yen pairs having been going bid all day.  However,  correlated assets such as gold and DXY were also going bid, and equity indices were moving lower.  As of the time of this writing, stocks look to be heading higher (don’t they always J), perhaps restoring some order to the normal correlations.

USD/JPY is up nearly 100 pips on the day close to 110.80, after breaking through strong resistance at 110.30.  This was a confluence of resistance, including the break of a trendline which dated all the way back to June 2015.  The next resistance level is the top trendline of the rising channel from August 2019, near 111.50. Support is back near the breakout point at 110.30. 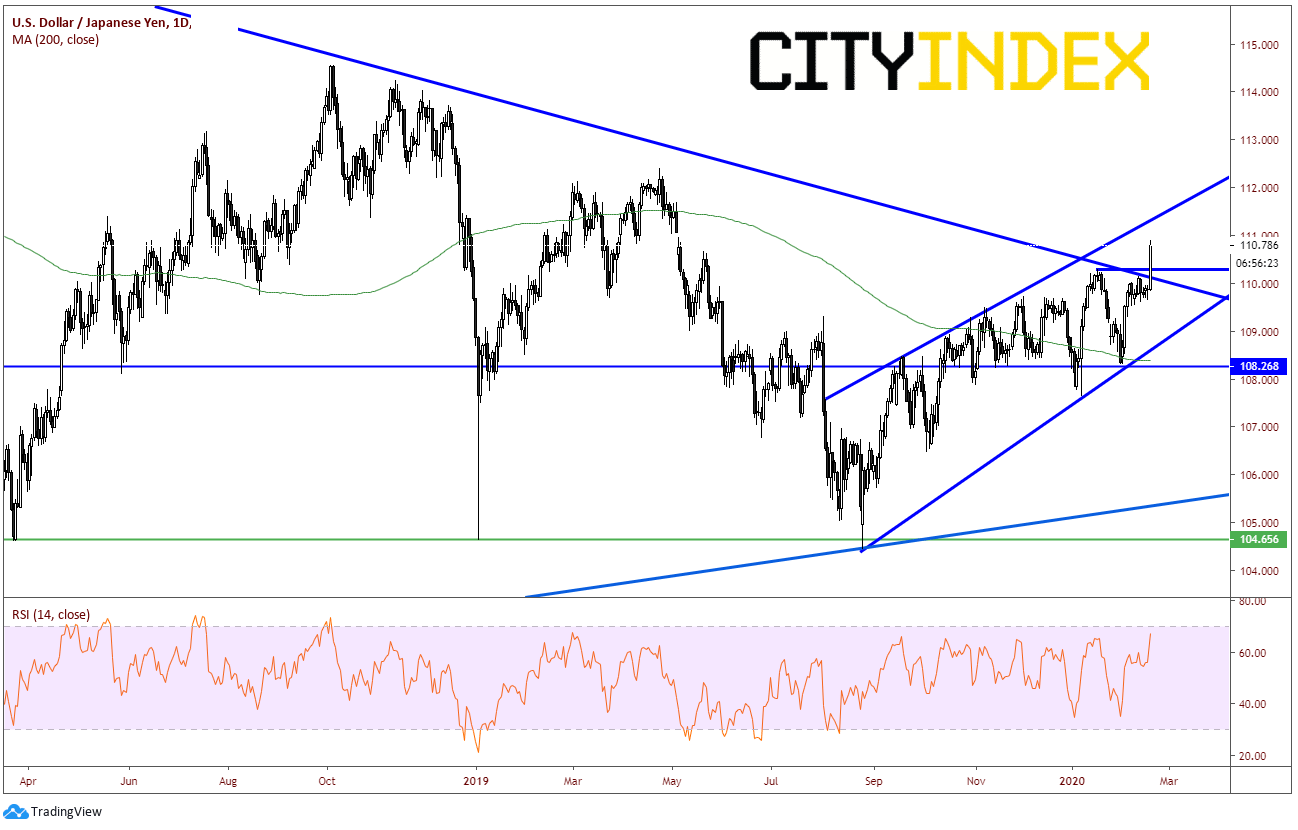 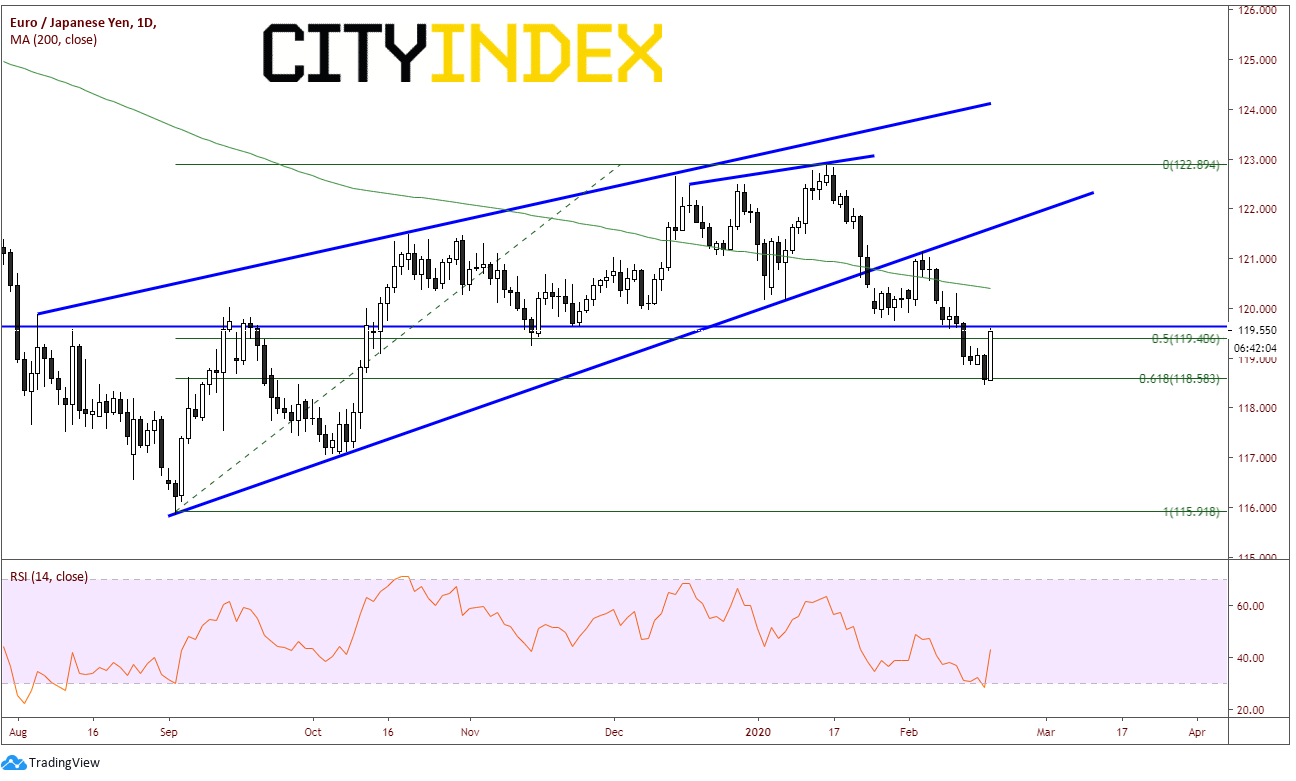 Whether today’s move in the Yen pairs is due to a stop run/short squeeze, a delayed reaction to poor data, or fears of the coronavirus, it doesn’t matter.  The reality is that the Yen pairs are moving higher.  We need to look for confirmation in other correlated asset classes to determine if the move is “real”.  If it is, we should see stocks continue higher, while gold and the DXY move lower.  Keep an eye on these assets for conviction.